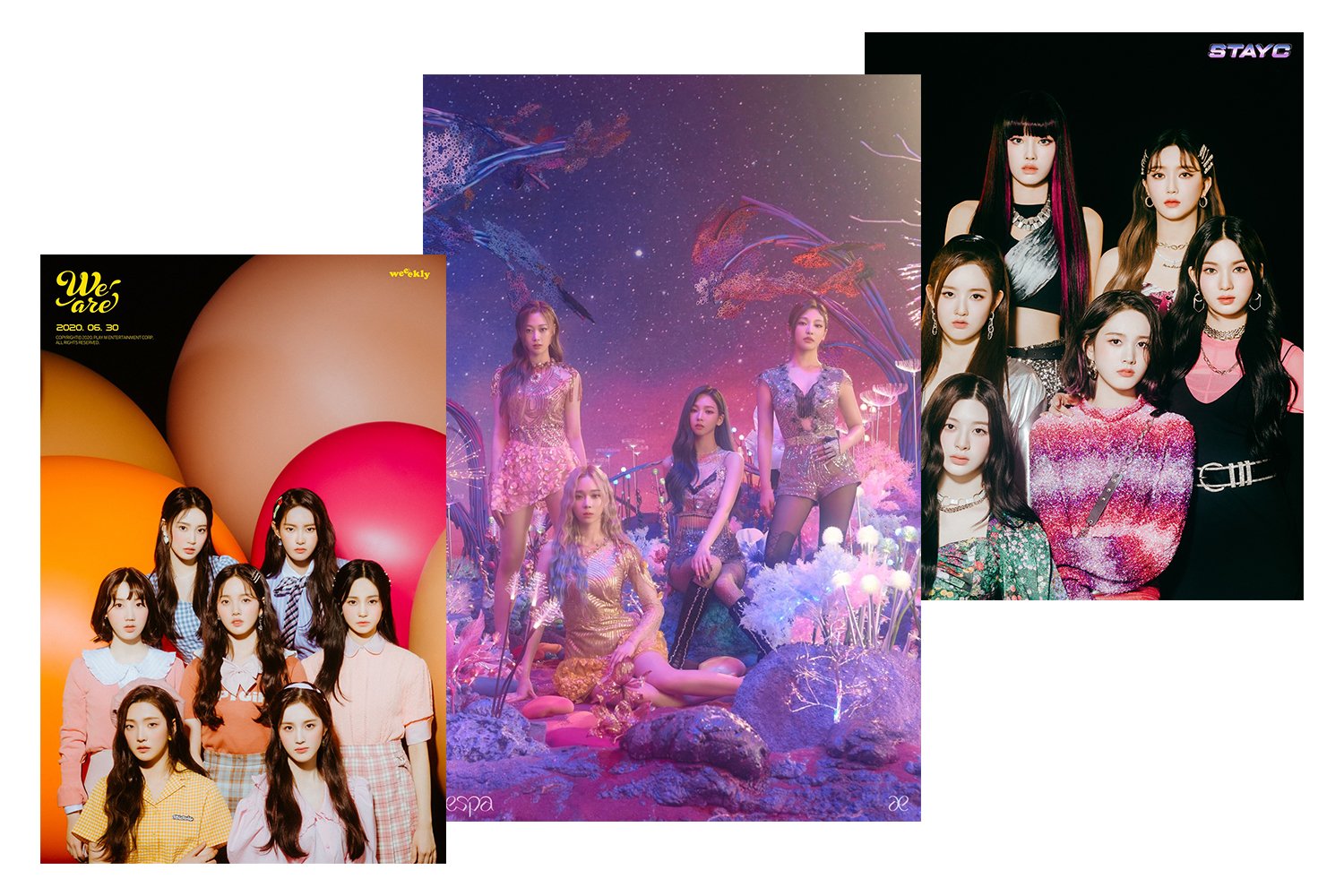 The K-pop industry has been saturated for a long time with many K-pop groups making their debut each year. That however, doesn’t stop newer names in the scene from quickly gaining attention from the public. While we’re not exactly sure what counts as the fourth generation of K-pop, we believe some of these groups will be making an impact in the K-pop scene soon.

Find yourself struggling to keep up with these newcomers in the industry? Well, we have shortlisted three promising 2020 rookie girl groups that have caught our attention and are worth checking out.

Hailing from SM Entertainment, one of the biggest names in the K-pop industry, expectations ran high even before the girls made their official debut with ‘Black Mamba’. Consisting of just four members – Karina, Giselle, Winter and Ningning – aespa can be considered a rarity in the K-pop scene, especially amongst the sea of groups with tons of members.

The six-membered group may be High Up Entertainment’s first ever girl group, but the company and the group have clearly been well-prepared, evident in the group’s strong debut and great stage performances. Comprising of members Sumin, Sieun, Isa, Seeun, Yoon and J, the group doesn’t seem to have filler members and each member is able to hold her own. With producer duo Black Eyed Pilseung behind the company, coupled with the girls’ visuals and talents, StayC is a group to look out for.

Play M Entertainment’s second girl group caught our attention for its refreshing, age-appropriate concept, with clever use of props in their performances. With seven members – Soojin, Jiyoon, Monday, Soeun, Jaehee, Jihan and Zoa – in the group, Weeekly is able to leverage on this to perform fun choreographies.

Their debut track ‘Tag Me (@Me)’ made use of chairs and desks while their second title track ‘Zig Zag’ utilised cubes in their respective choreographies. Weeekly definitely has the potential to go far and we’re already looking forward to their next comeback!

[NEWS] First collaboration project of Singapore and channel M – Are YOU the lucky LINDA?