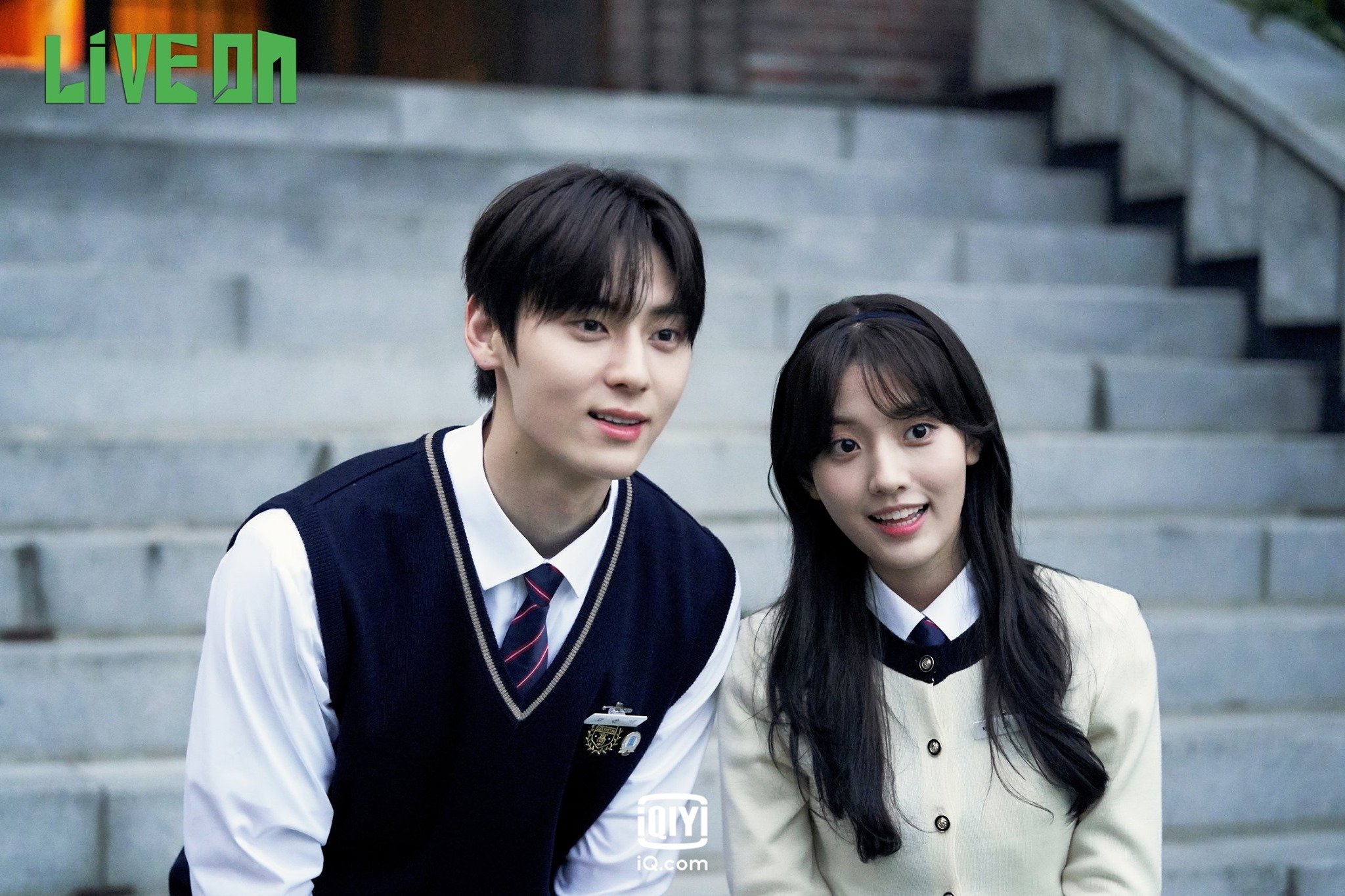 A youth drama that’s currently airing, Live On is led by its main actors Jung Da-bin and Hwang Min-hyun. The coming-of-age drama follows the story of a popular social media influencer and high-school student Baek Ho-rang (Jung Da-bin), who joins the broadcasting club as an attempt to track down the person who is trying to unveil her secret past to the public. She crosses path with the club’s president Go Eun-taek (Hwang Min-hyun), who is a perfectionist and is overly time-conscious.

Ahead of the next episode, we’ve secured an exclusive interview with the two leading cast as they share about their on-screen characters and impressions of one another. Read on to find out more! 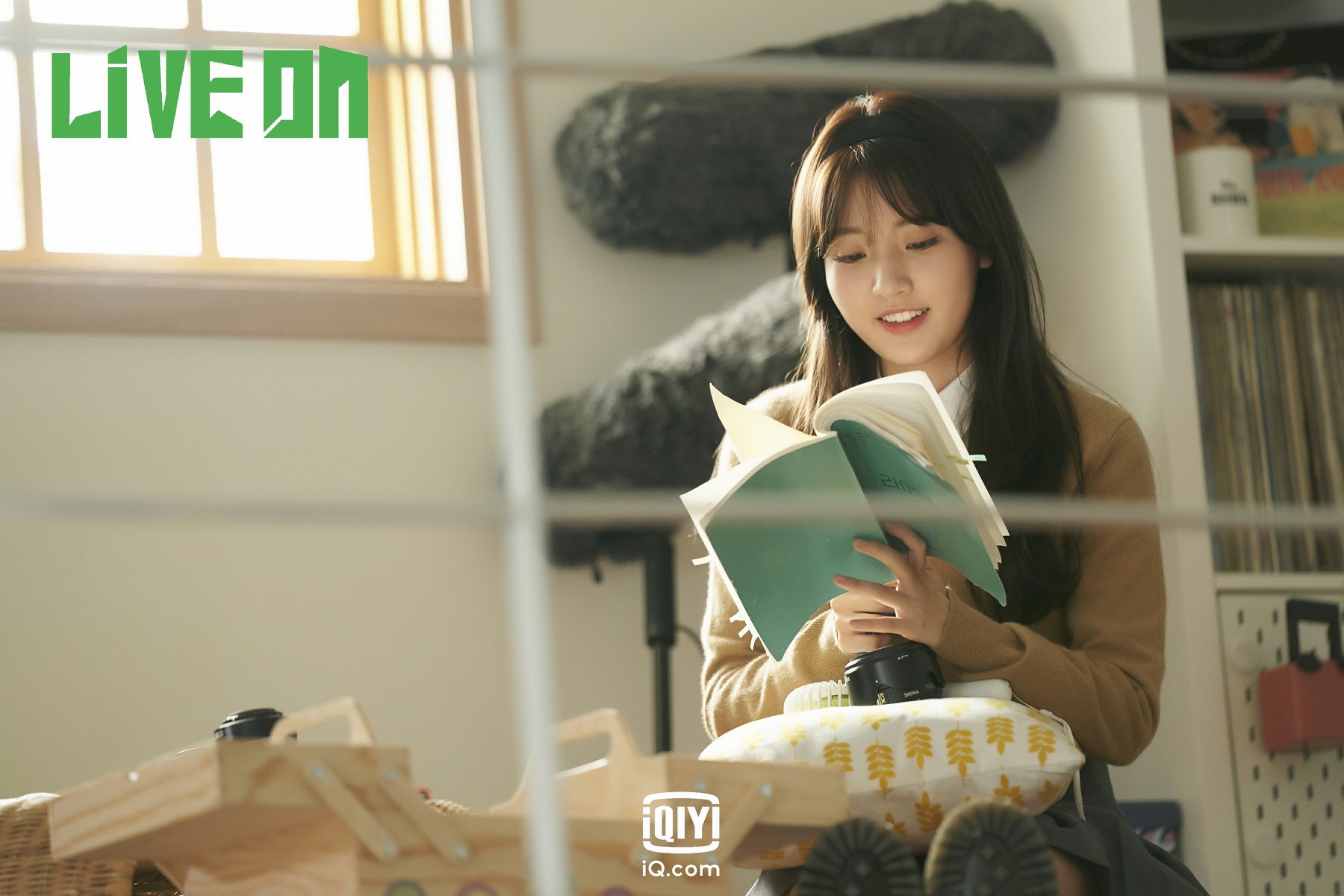 Q: What did you do to prepare for the character in the play? What is a big challenge for you?

Da-bin: When I prepared for this character, I didn’t want to miss out anything about it, so I have been cracking my head for a long time. Baek Ho-rang can express herself well through her style, so, before the start of the filming, I learnt from magazines or accounts of social media celebrities, youth movies, etc. In addition, I prepared various plans together with the director and the crew. In order to play Baek Ho-rang well, I tried to accumulate the emotions that develop as the plot progresses.

I had to understand how Ho-rang interacts with the various characters and grows as a person as she is faced with different developments in the drama. Because this is a story that revolves around Ho-rang, I plan to relax and blend in the drama naturally. The biggest challenge is to integrate myself with Baek Ho-rang along the emotional developments. 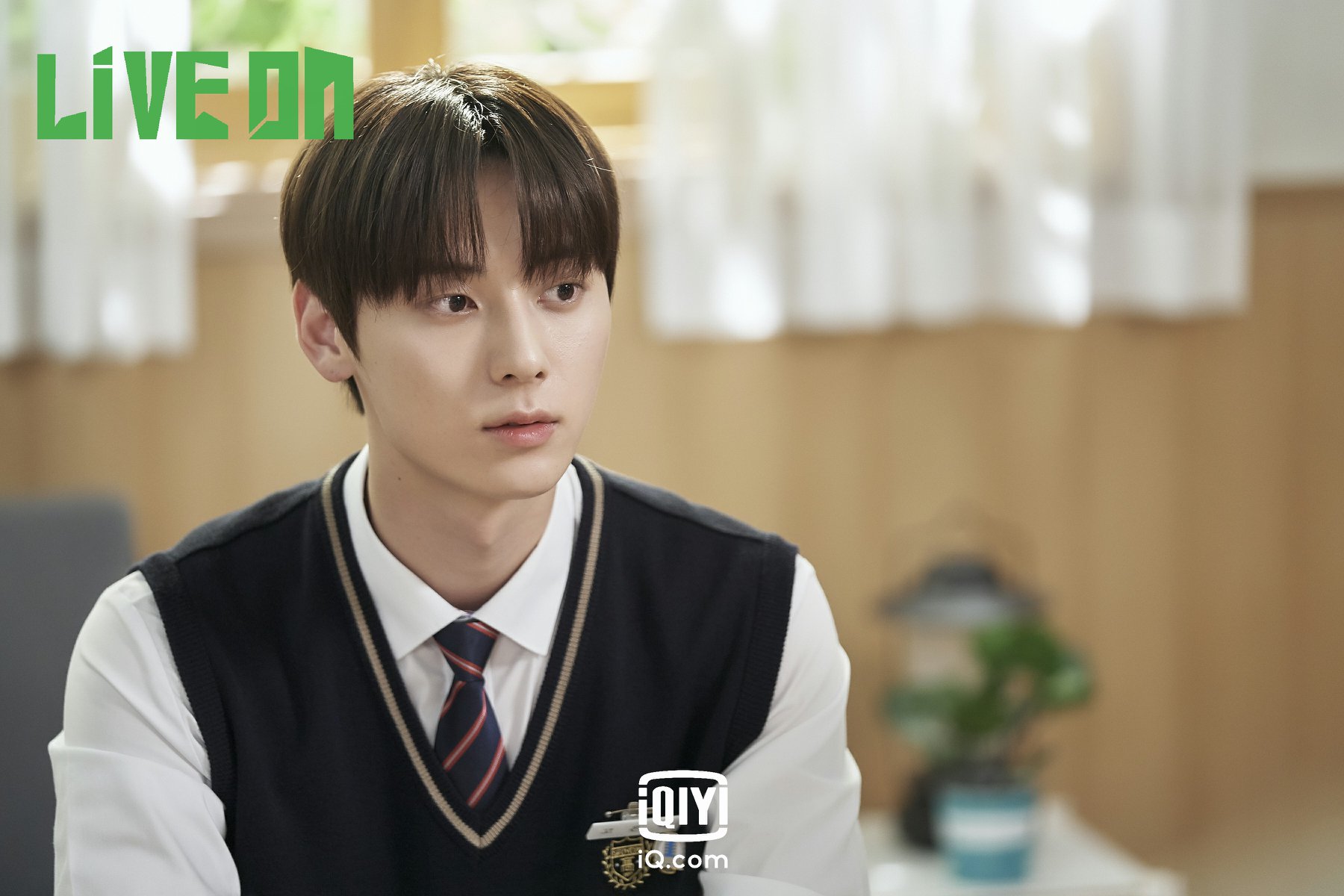 Q: You’re a perfectionist in the play, but is it the same in real life? If not, is there any aspect of the character that you can’t stand?

Min-hyun: Actually, I have something in common with the character, such as being fussy about cleanliness, and taking action after planning things out. But at the beginning of the drama, Go Eun-taek is indifferent and calm, and comes down hard on others, which are different from my actual image. But since it’s a drama, I thought I could experience that sort of personality and then happily put myself into acting.

Q: How did you feel on the first scene? Were you nervous? If yes, how did you calm down?

Min-hyun: At the first scene, I had my mind stuffed with just the idea of having to act well, so, I felt very nervous. Thereafter, I learnt a lot and received a lot of help while working together with the other actors. It was an enjoyable process. 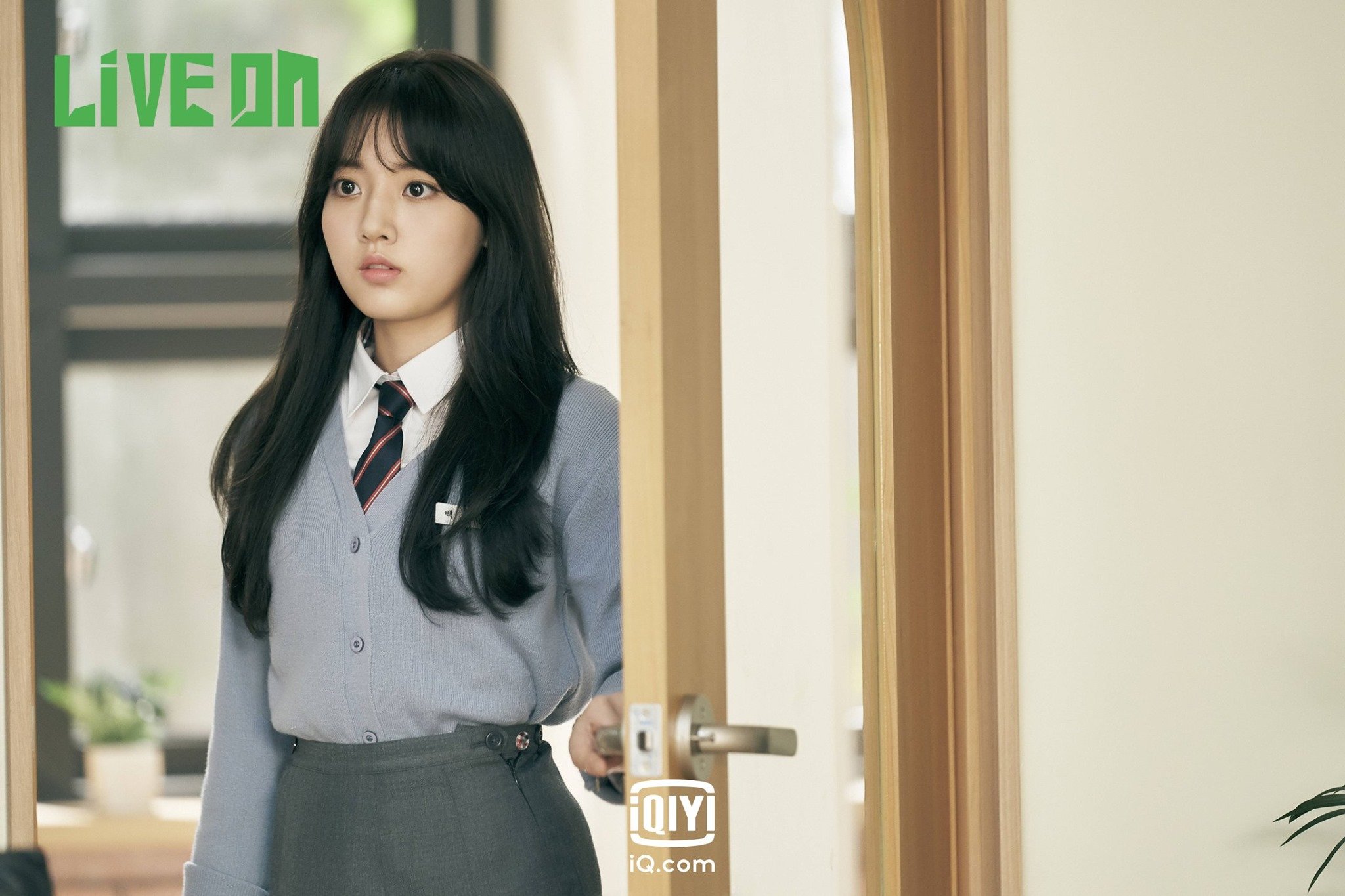 Q: How does it feel like to put on the school uniform again?

Da-bin: While preparing for Live On and learning about the character, Baek Ho-rang, I deliberately spent a day in my character’s pace. So, I can understand her better than anyone else, and also strike a chord with her. I was able to mix a lot of my own ideas into playing Ho-rang because I could act it out based on how I feel.

Q: During filming, do you recall your campus life and use that experience or memory to interpret the plot or character?

Da-bin: Because I graduated not long ago, so high school life remains fresh in my memory. Although there was nothing special at that time, just meals, celebrations, school trips, school stores and other ordinary daily life activities, I suddenly remembered the ordinary activities can no longer be done once I became an adult. Since my younger brother is still a student, I often ask about his school life and combine it with my acting. Whenever there is a story about friendship, I’ll read the script, cry and laugh as I act. 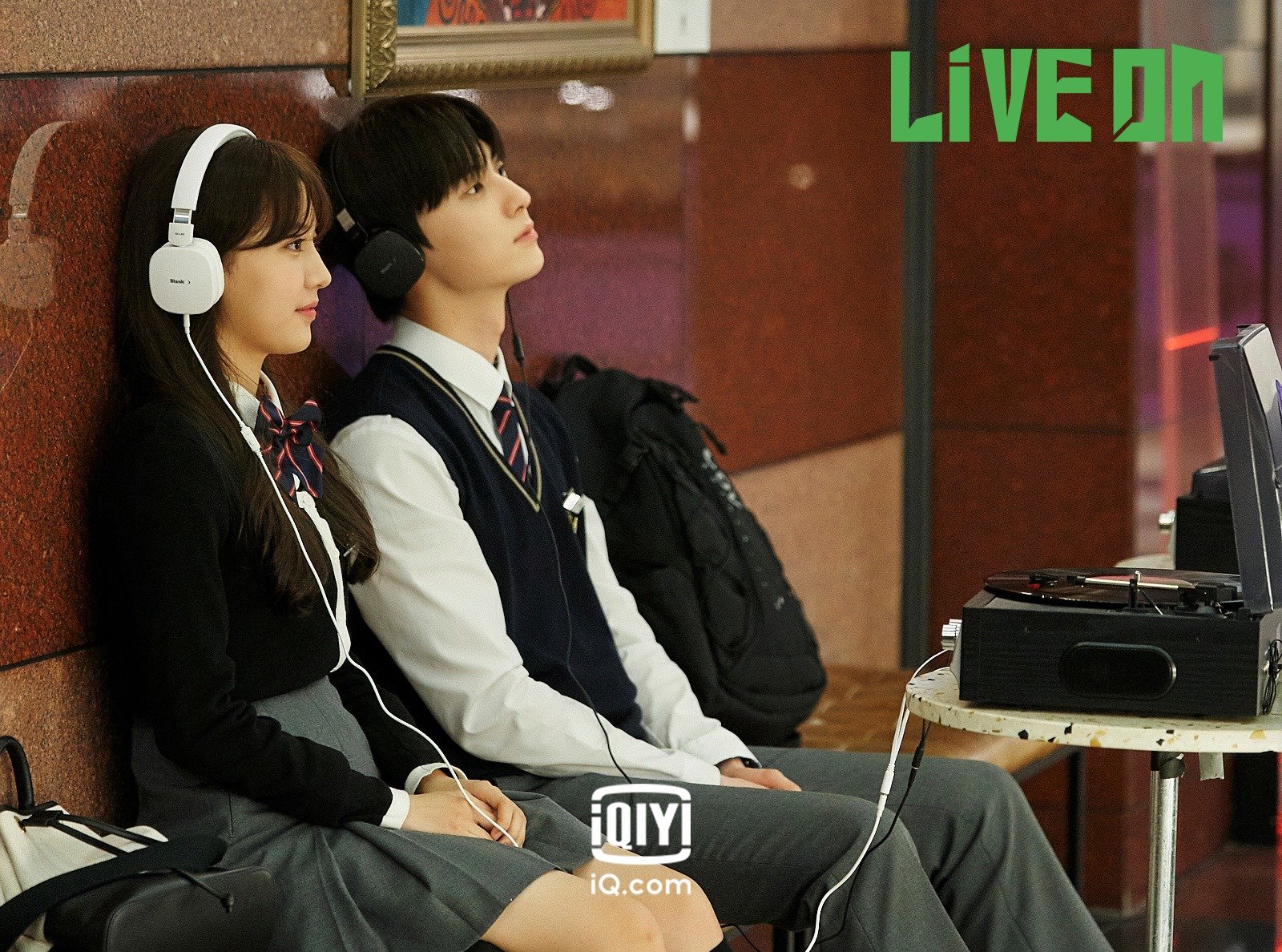 Q: If you could choose again, what club would you like to join at school and why?

Min-hyun: Mountaineering club. Recently, I have the idea of mountaineering. But I may hesitate to do it by myself. I think it would be better to go climbing with my friends.

Da-bin: I am very interested in the broadcasting department now that I get to experience it. Although I am a radio announcer in the drama, I want to be a reporter in real life. I think the broadcasting department is the intermediary channel in delivering the big news in school. During this period, I operated the mixer, camera and other broadcasting equipment, and experienced a lot. Although the work can be tough at times, I think it could leave me good memories. 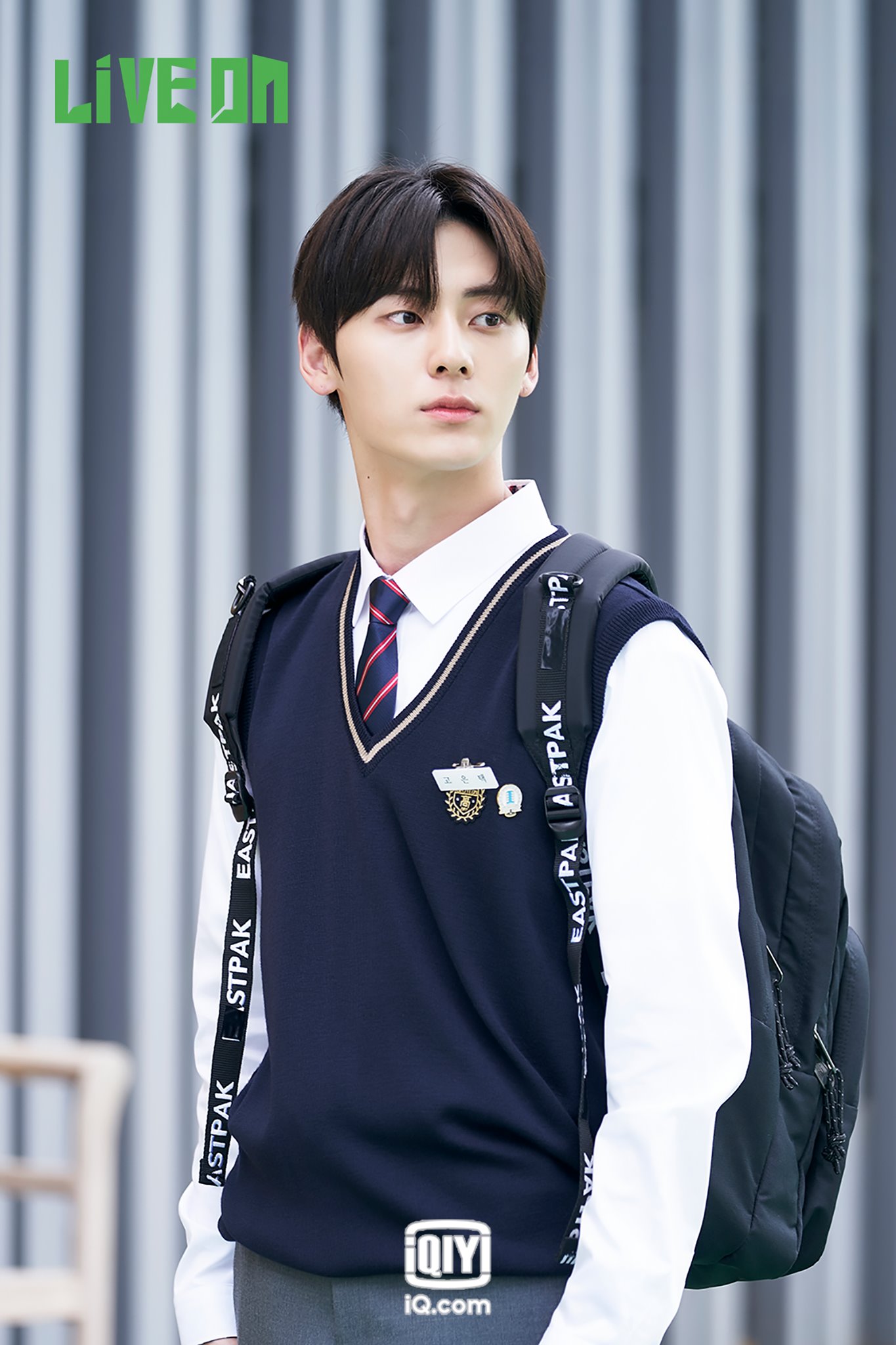 Q: Which scene of Live On do you recommend the most so far?
Min-hyun: I remember Go Eun-taek telling Baek Ho-rang the things he didn’t get to say in the later part of the drama, and Baek Ho-rang’s sincere reply moved Go Eun-taek to tears. This scene left a deep impression on me. 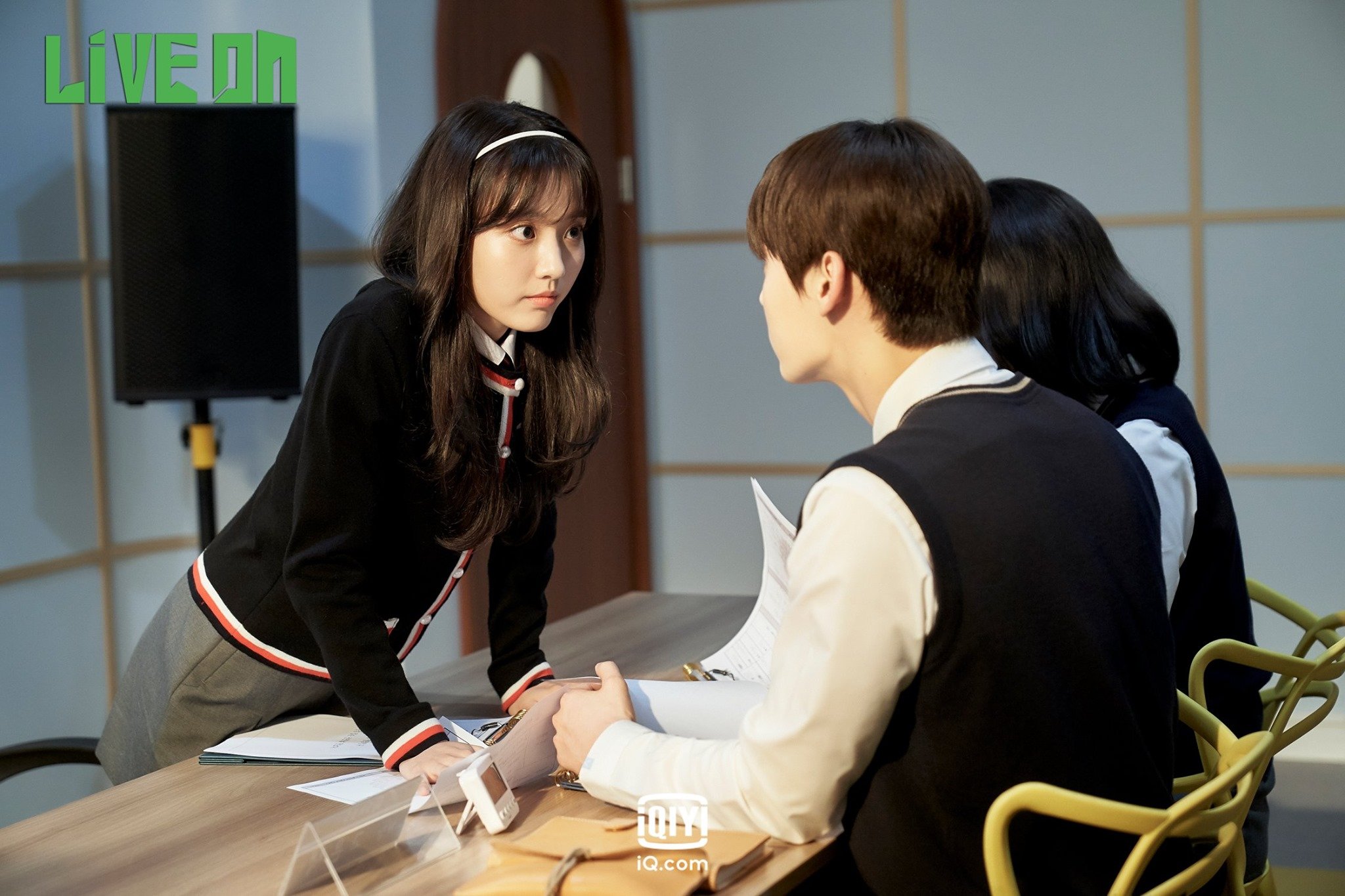 Q: What are your impressions of one another?

Da-bin: From the beginning to the end, Hwang Min-hyun was dedicated to his character which left a deep impression on me. He stayed focused until the second half, so I was able to focus and put myself into the act. Besides, he took good care of me, which allowed me to rely on him during the filming, and keep focused and learn a lot at the same time.

Min-hyun: I met her for the first time during rehearsal. Jung Da-bin has accumulated much experiences since she joined the industry. It is amazing. I got a lot of help from her during the filming too. 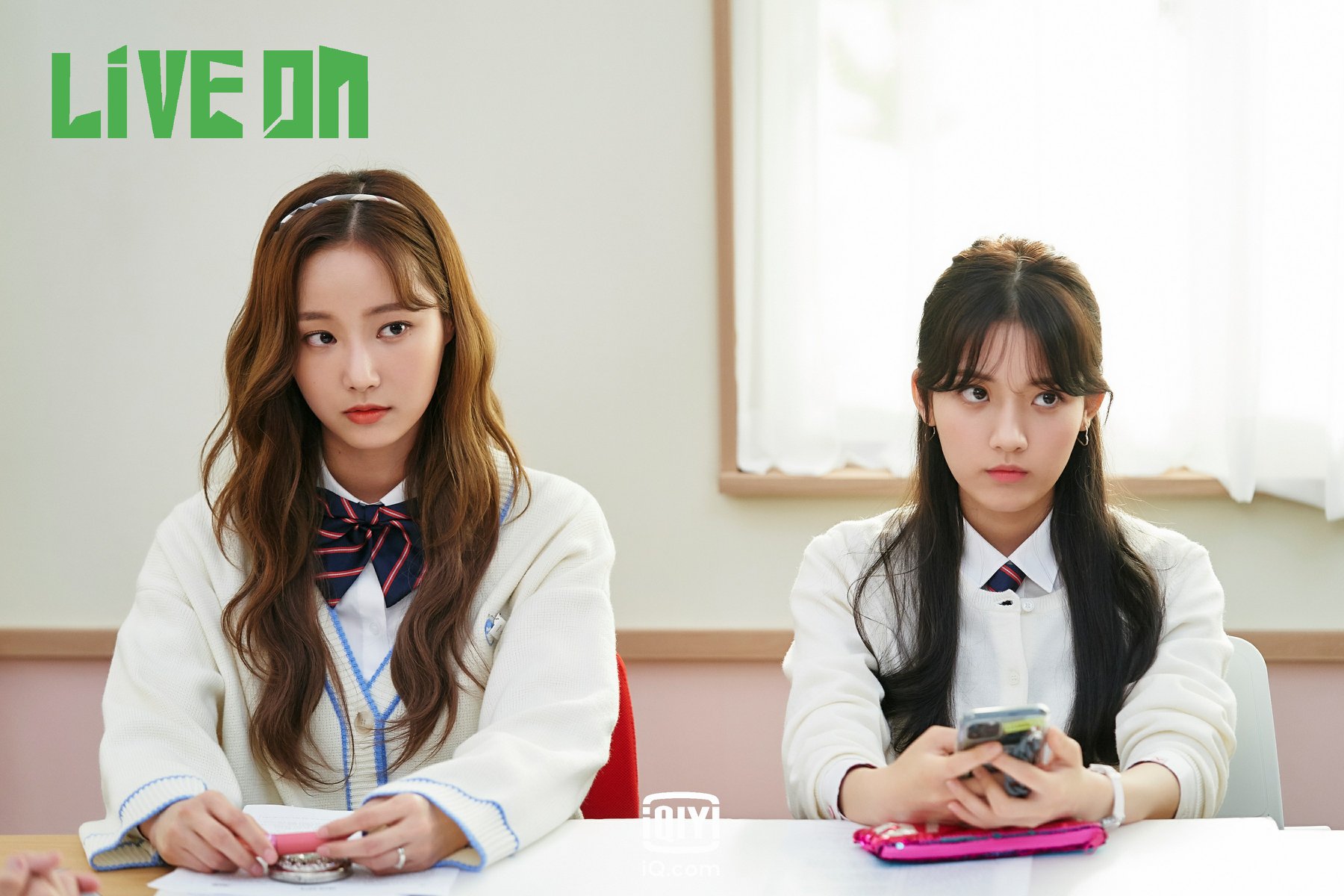 Q: Are there similarities or differences between the real you and the character in the play? What’s the reason?

Da-bin: The way everyone treats Ho-rang is similar to the way that my friends initially treated me when I was a student. As I joined the entertainment industry since I was young, my classmates approached me very differently at the beginning of the semester. But with the passage of time, they gradually treated me as an ordinary classmate; instead they couldn’t stand my image on TV. I think that part is the same but different. Although there are almost no similarities, as Ho-rang, I cried a lot and also laughed a lot during the filming, and my emotional performance got improved. 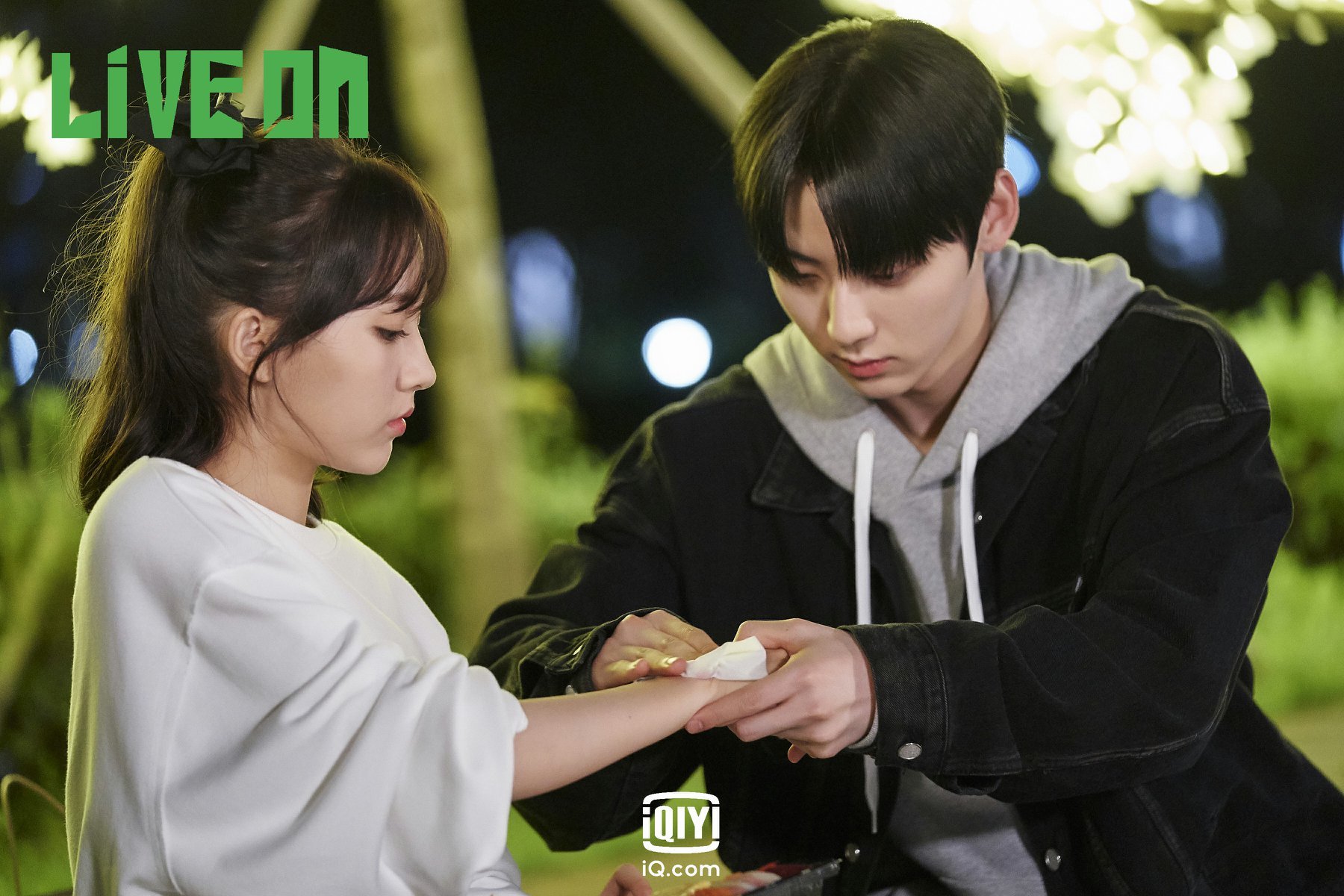 Q: If you were the host of a live show, what topic or subject would you like to discuss?

Q: Finally, could you tell us some must-see reasons to watch Live On?

Da-bin: Live On is a drama that anyone can resonate with it, have fun and enjoy watching it. The characters are charming and lovely, and they joke around and have many interesting stories, which are worth watching.

Min-hyun: Go Eun-taek, Baek Ho-rang and other four characters grow up despite the contradictions and distress they face, and there are a variety of emotions involved in the process. I hope everyone could strike a chord with these. Although it is very hard for the crew and actors to work in the sweltering heat during summer, we have worked hard and finished the filming happily. Please look forward and tune in to the drama! Thank you.

Live On is currently airing and can be watched on iQIYI app and iq.com with subtitles every Wednesday.