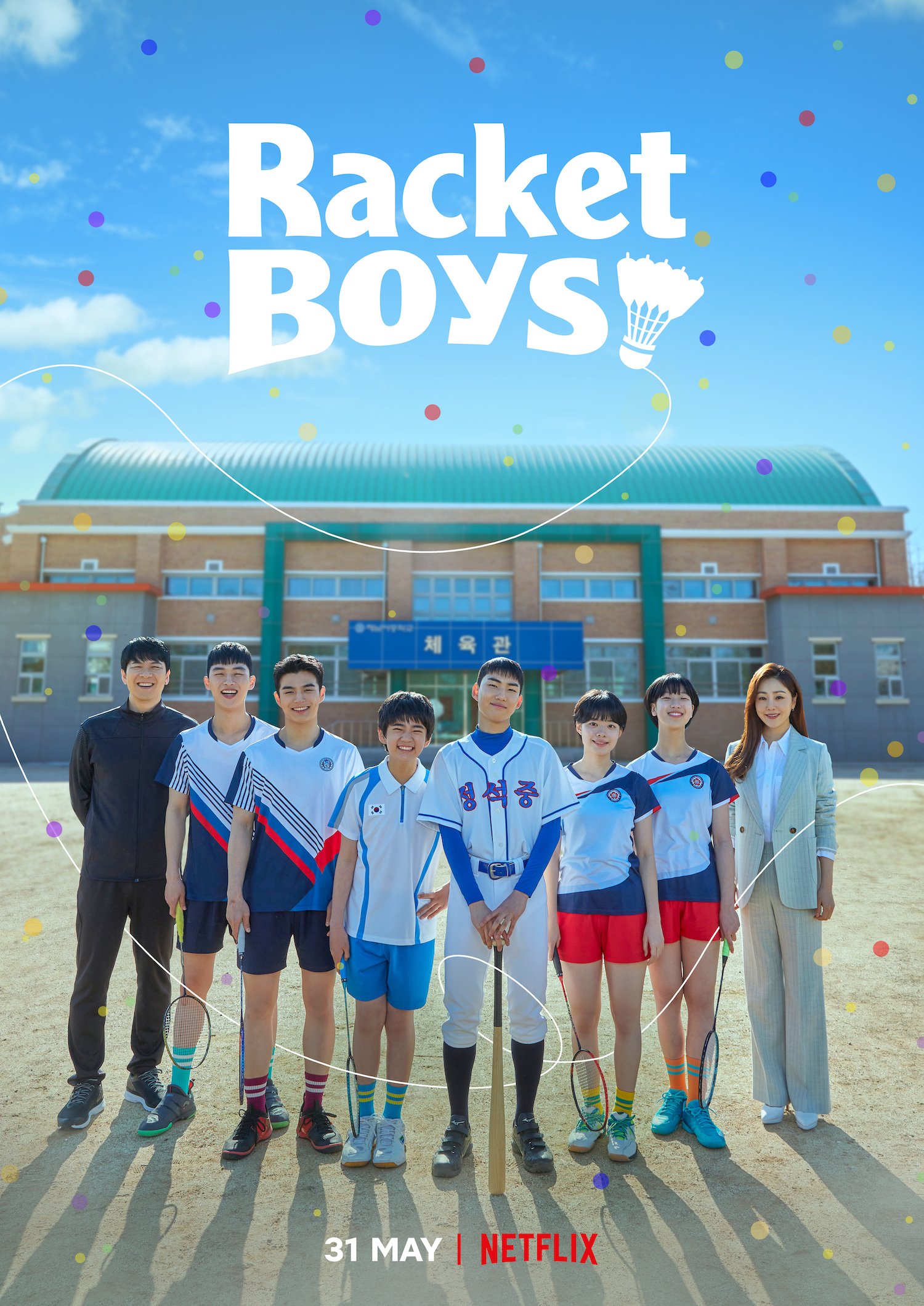 Racket Boys is set to deliver a heartwarming and humorous story about a ragtag middle school badminton team. This comical series focuses on the young athletes’ dreams and aspirations.

Yoon Hae-kang (Tang Jun-sang) is a competitive baseball player forced to move to the countryside, when his father gets a new job as a coach tasked with reviving a badminton team that’s on the brink of extinction. He struggles to adjust to rural life as well as playing badminton.

Hae-kang is joined by a motley crew of other players with distinct characteristics. There’s the youngest team member Lee Yong-tae (Kim Kang-hoon) who talks a lot and is always in front of a computer. Bang Yoon-dam (Son Sang-yeon) is glued to his phone and is also an attention seeker. Meanwhile, Na Woo-chan (Choi Hyun-wook) is into hip hop, fashion, and is also quite kind-hearted.

In addition to the four boys, there are Han Se-yoon (Lee Jae-in) and Lee Han-sol (Lee Ji-won) who are aces at their girls’ middle school.

Rounding out the players are coaches Yoon Hyeon-jong (Kim Sang-kyung) and Ra Yeong-ja (Oh Na-ra) who were star badminton players themselves.

There will be plenty of hilarious and touching moments to enjoy when the small-town misfits pursue their big badminton dreams.

Racket Boys premieres on 31 May, 10:50PM (SGT) with new episodes every Monday and Tuesday, on Netflix.