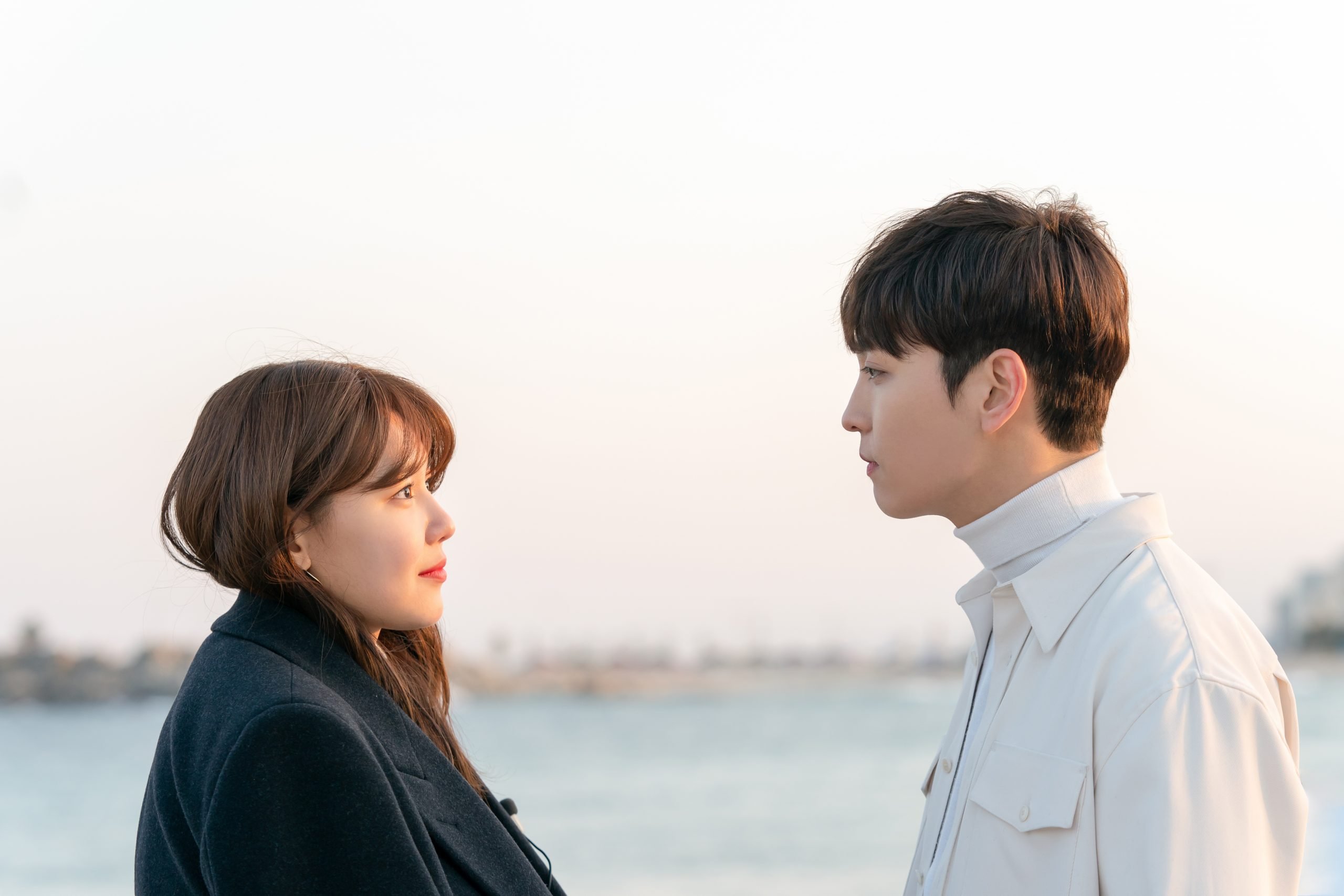 After 2 years of long wait, ‘So I Married The Anti-Fan‘ finally premiered to much fanfare in April, following a unique relationship between a top K-pop star Hoo-joon (Choi Tae-Joon) and his anti-fan Geun-young (Choi Soo-young), who works as a magazine reporter.

The romantic comedy has been in the limelight even before its official premiere, gaining a lot of attention from both domestic and international fans as the novel was also produced as a Chinese movie starring EXO’s Chanyeol. 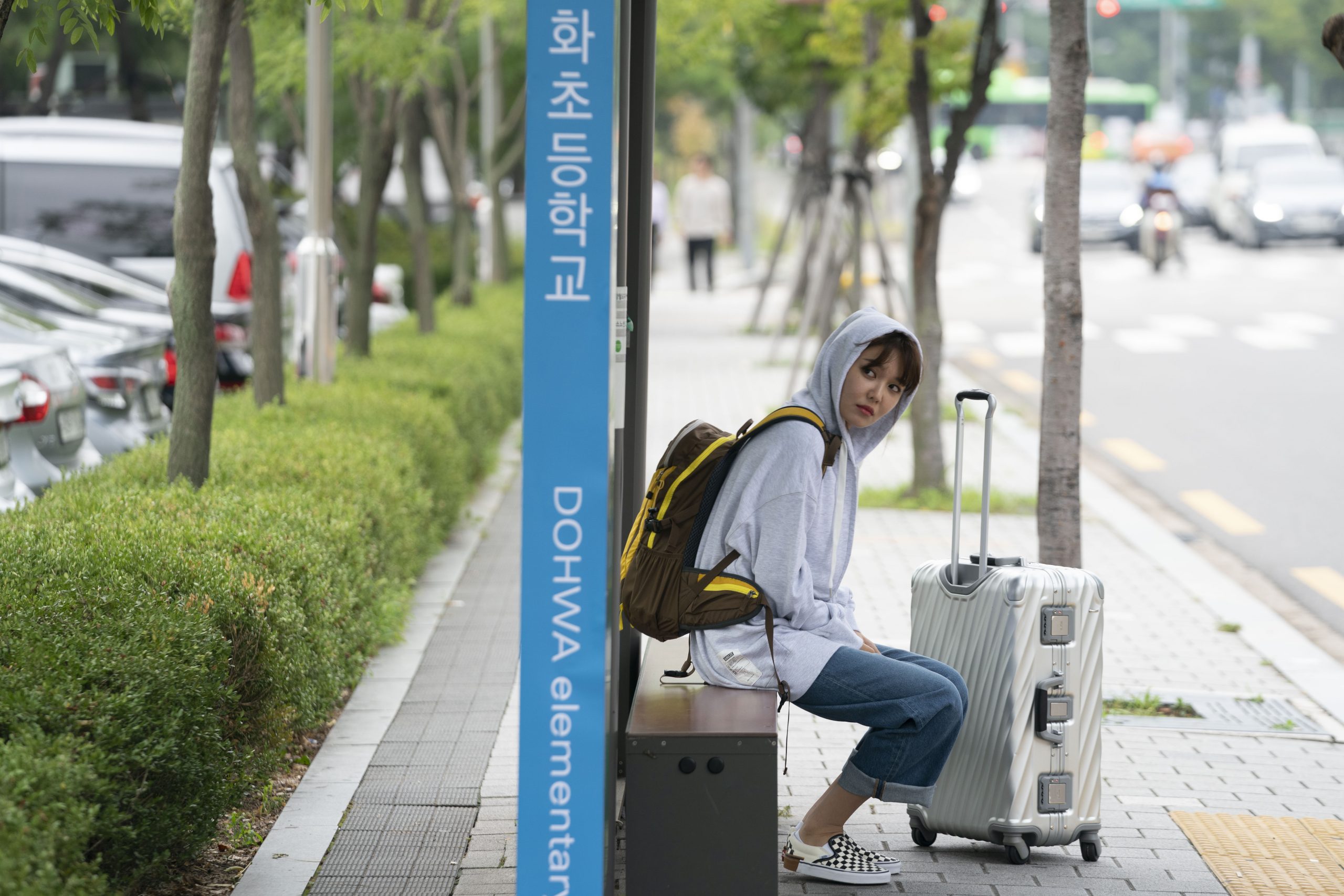 After concluding its run earlier in June, fans just cannot get enough of the chemistry between the cast members, as they take to the internet to express their love for the drama. We’ve gotten an interview transcript from the cast members to share more about the drama they’ve filmed 2 years ago:

Q. Please introduce your characters. Are there any similarities between the characters and yourself?

Soo-young: Geun-young is considered to be the most ordinary character I have ever played. Although she has an average appearance and doesn’t have much presence or any special talents, her thoughtfulness hidden within her humor is what makes her shine. Because of this, I understand what her strengths are. Actually, I’m also used to using humor to defuse any discomfort and awkwardness that may arise when I show care or kindness to others. 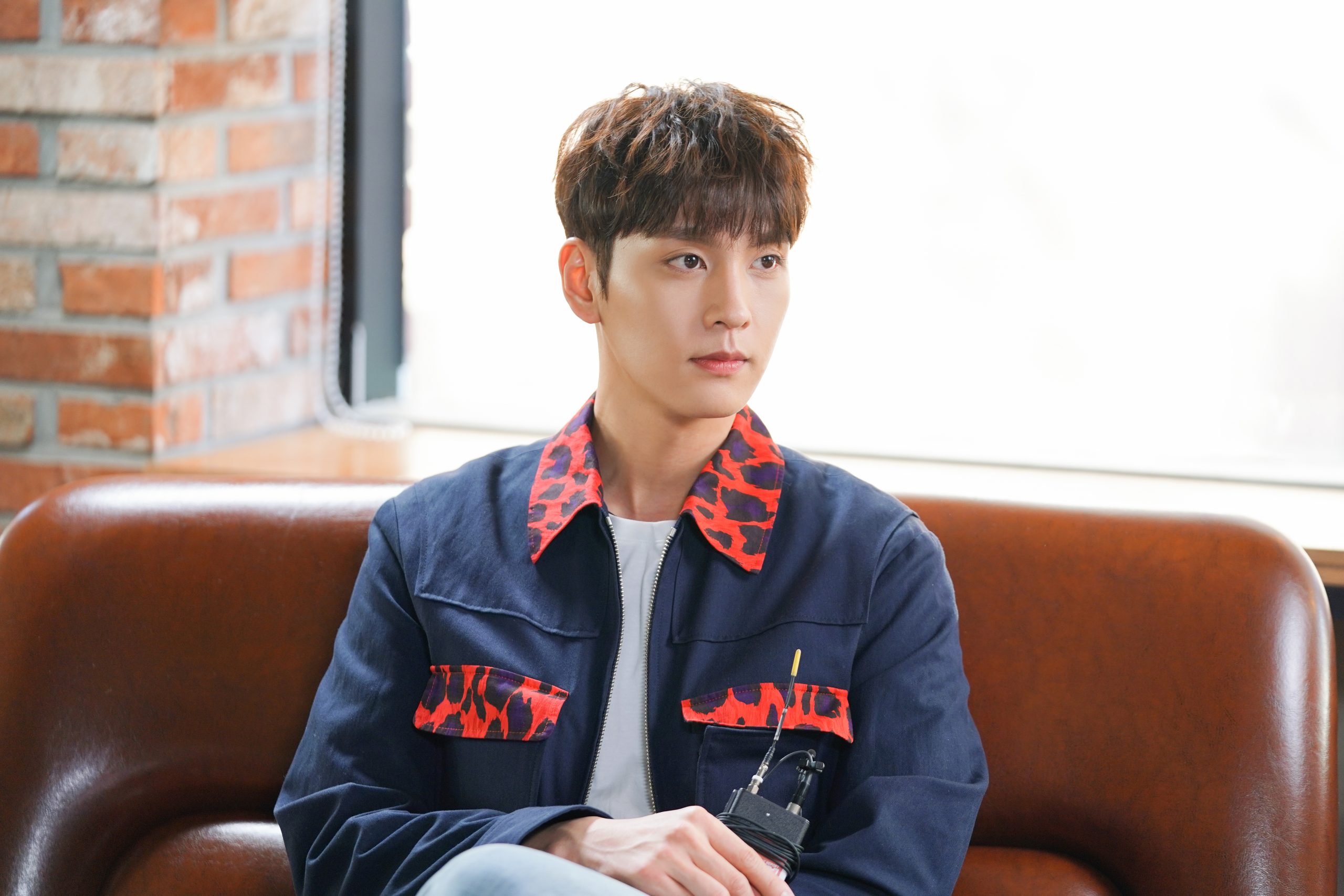 Tae-joon: Hoo-joon is a superstar with tons of fans from all over the world. Although he gets a lot of love from countless fans, he feels very empty and lonely at the same time. If I had to point out something similar about us (because he is a very remarkable guy), there is one thing in the drama that shows his down-to-earth side. He likes to play games very much. Just like Hoo-joon, I usually love playing games. Whenever a new game is about to come out, I count down the days to its release. Another thing is that I also like to dip sweet and sour pork in the sauce. 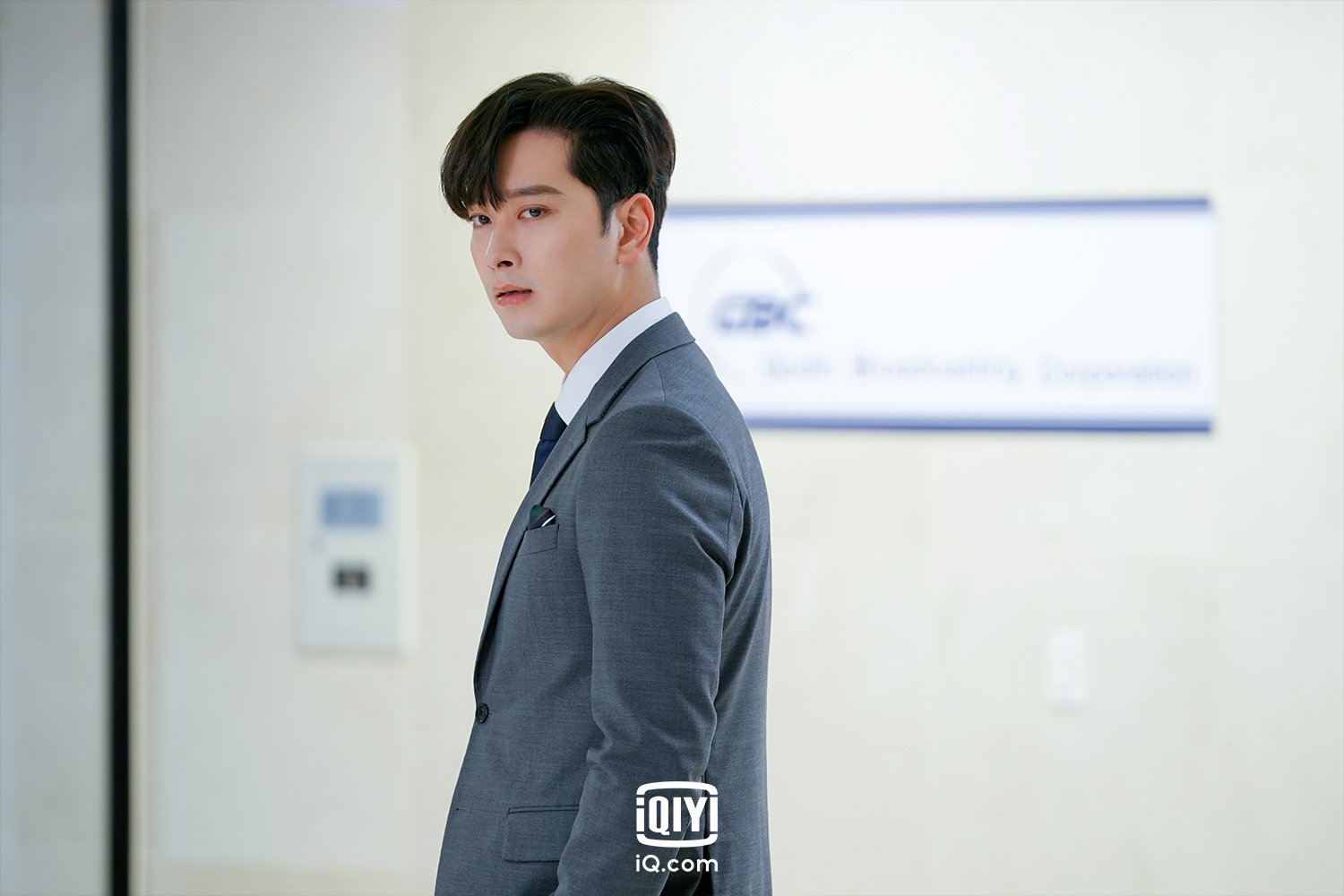 Chan-sung: JJ is a very pitiful character. He has never received care and love from this family, and he thinks he can’t compare to his older brother in any aspect. Because he grew up in such a family, he has a lot on his shoulders. Therefore, his social interactions and interpersonal relationships are a bit twisted. When people watch JJ in the drama, they may think, “He is terrible,” or “Why is he doing this?” But sometimes, you can understand where he is coming from and sympathize with him. 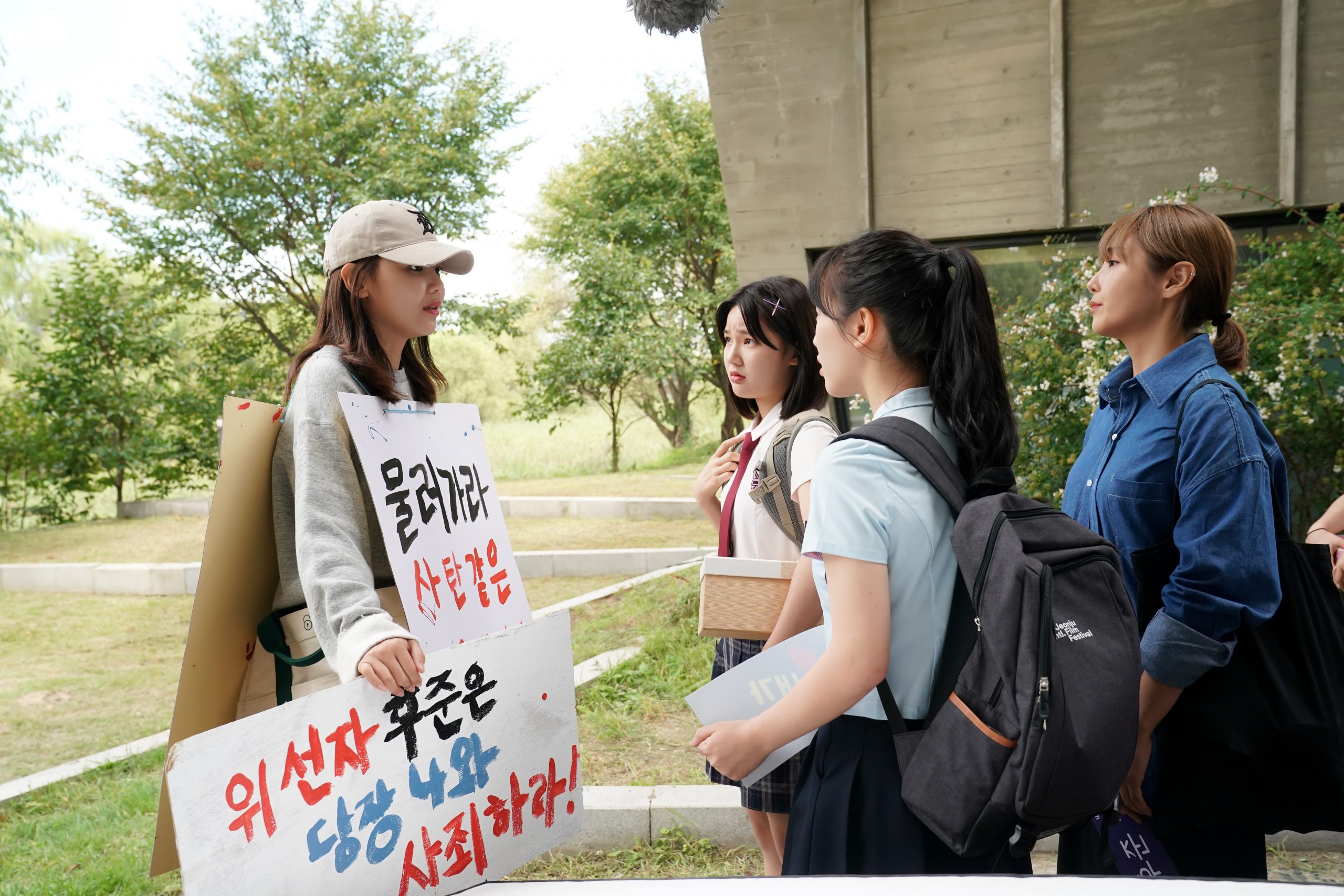 Q: What kind of preparations did you do to play this role? Did you explore ways to play an anti-fan well?

Soo-y0ung: Actually, the idol fans’ culture is very foreign to Geun-young. She has never crazily fangirled over any celebrities, nor has she ever imagined that she would become an anti-fan. I never intended to play an “anti-fan”. In my opinion, this is how the story goes.

By chance, the main character is forced into a dead end and has no choice but to choose a solution. Through this solution, she clears up a misunderstanding she had about someone and falls in love. My focus was on a natural delivery of emotions, and I also put a lot of effort into considering how to carry out the comedic elements. 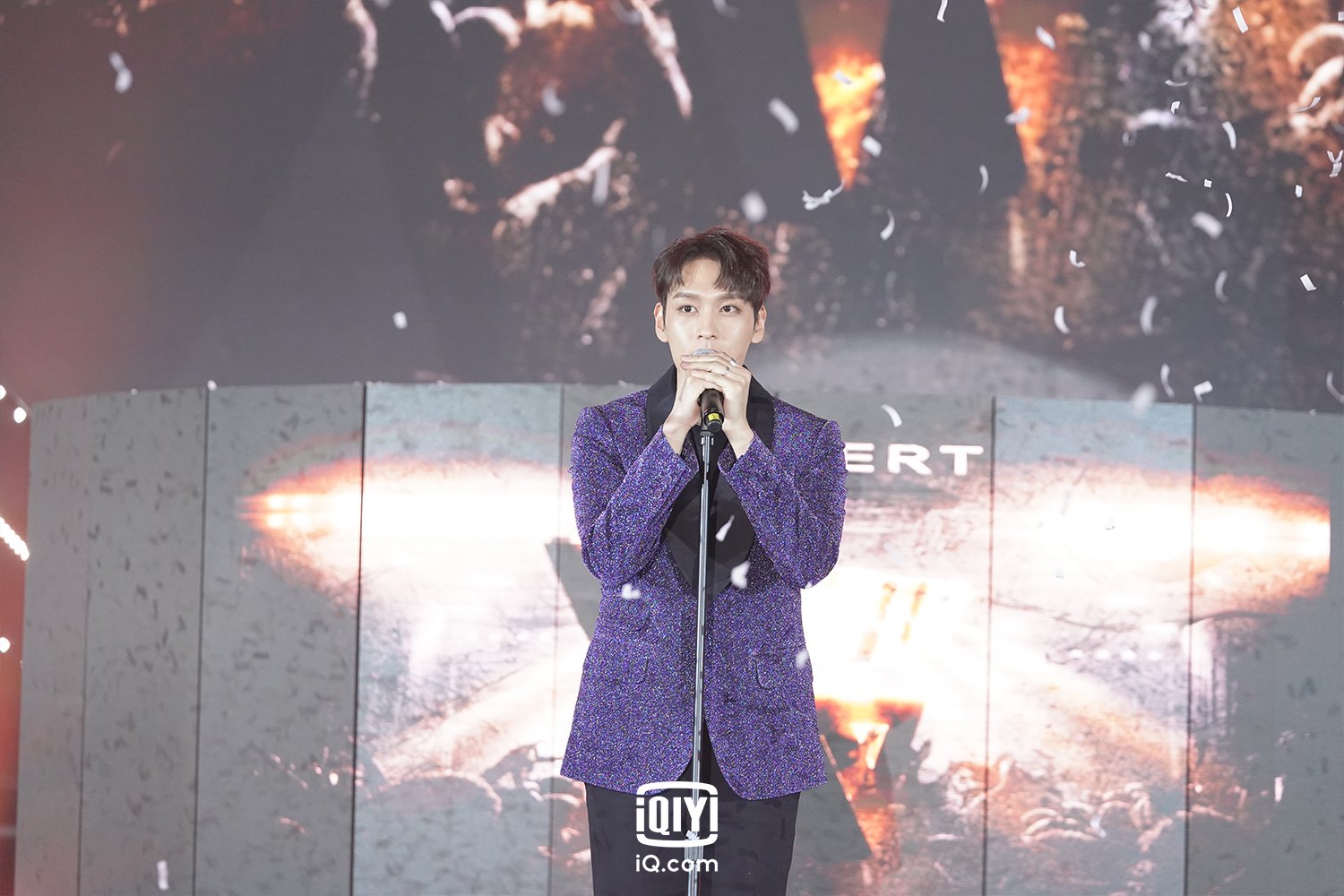 Q: What about Tae-joon? Did you specially learn to sing and dance? Did Soo-young and Chan-sung give you any tips?

Tae-joon: First of all, I want to applaud K-pop singers for all the hard work they contribute. I’ve been practicing dancing lately and I’ve taken vocal training lessons. Although it’s impossible to improve significantly overnight, they helped me a lot. I also realize that behind all the love that singers get from millions of fans, they actually put in a lot of effort. 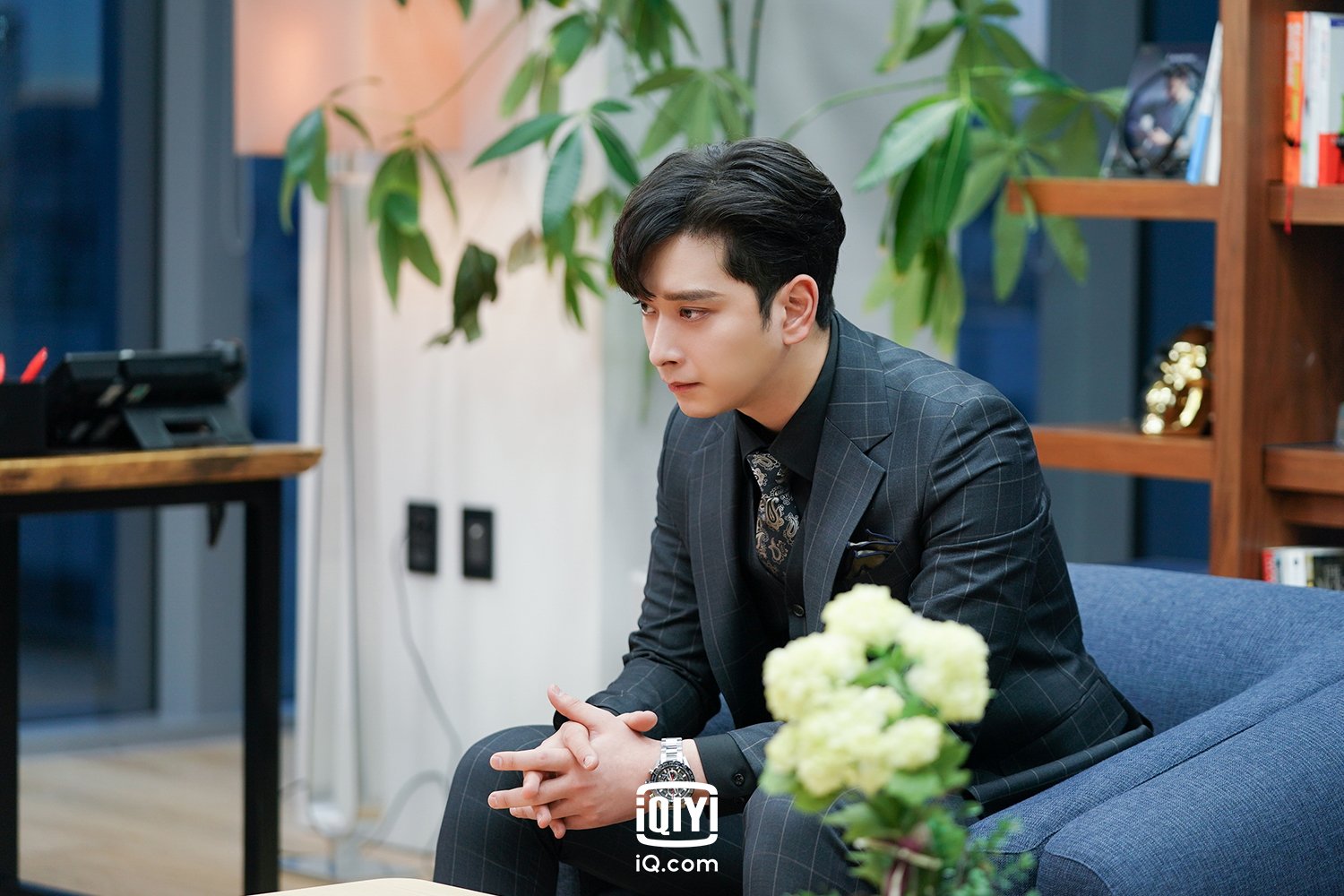 Q: Have you worked with Tae-joon and Soo-young before? How was the chemistry like on set?

Chan-sung: Soo-young and I are both singers, so we see each other often. That’s why we didn’t really run into difficulties working with each other. We had a great time. Tae-joon has a great personality and is very approachable. It didn’t take long for us to get familiar with each other. Because of this, I was able to film at ease. 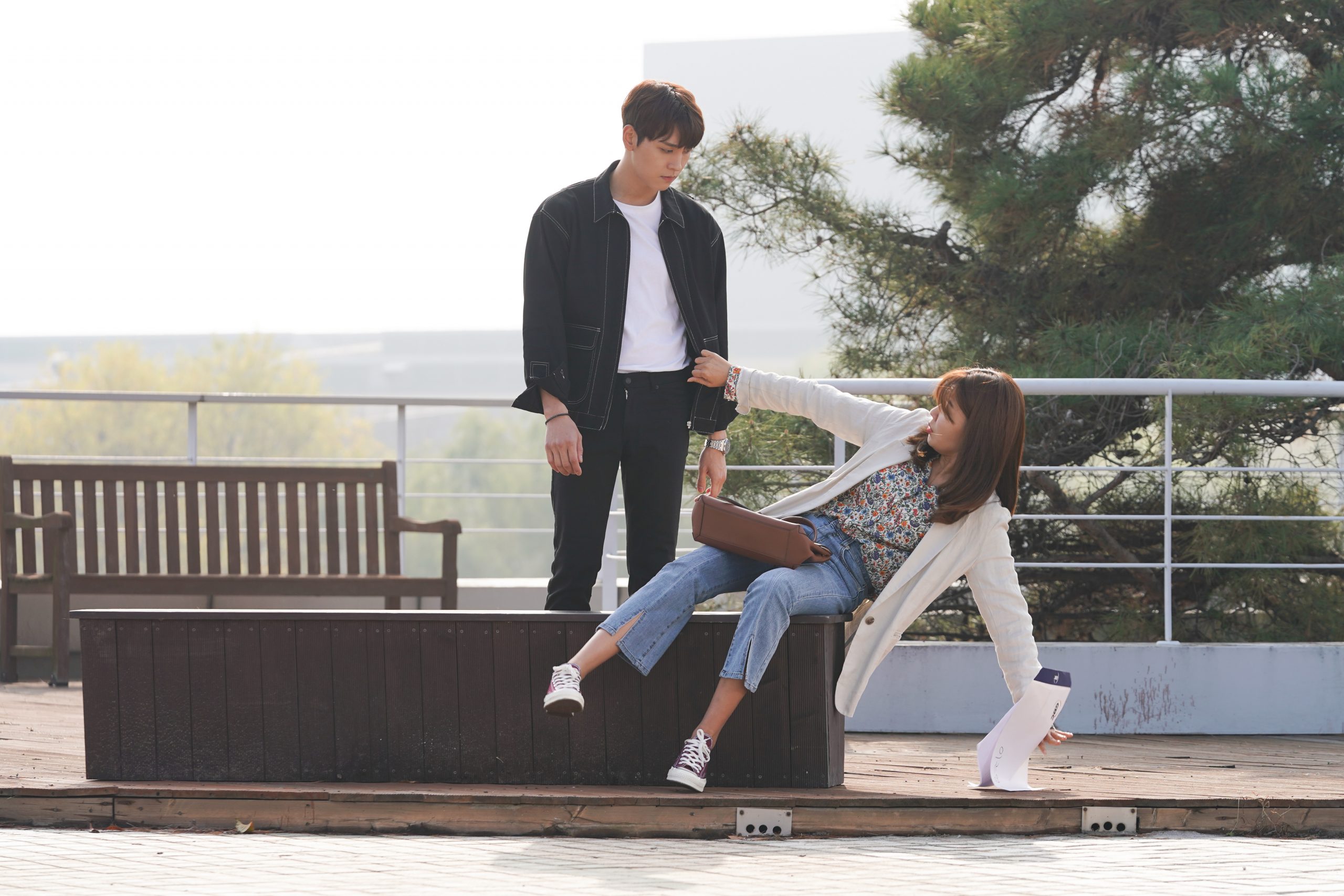 Q: We hear you and Choi Tae-joon were in the same graduating class in college. How did you feel about working with him in this drama?

Soo-young: Before filming started, I was a bit worried whether Tae-joon and I would be able to film the romance scenes. He is like a little brother who is very close to me. We’ve been seeing each other often ever since college. He is a very funny person, so I can’t help but laugh every time I see his face. But he actually fits Hoo-joon’s character very well, so I was able to get into character very well.

Q: Can you share some experience you’ve had with anti-fans, and how did you deal with it?

Soo-young: Once, I replied to a netizen’s comment on my social media account. He seemed to have a misunderstanding about something, so I replied and gave him an explanation. Before that, I used to think, “They are just attacking me for no reason”, or “Even if I explain, they won’t listen”. However, later on, I realized that misunderstandings should be cleared up. That’s why I decided to train myself to form a good habit of clarifying misunderstandings through communication. 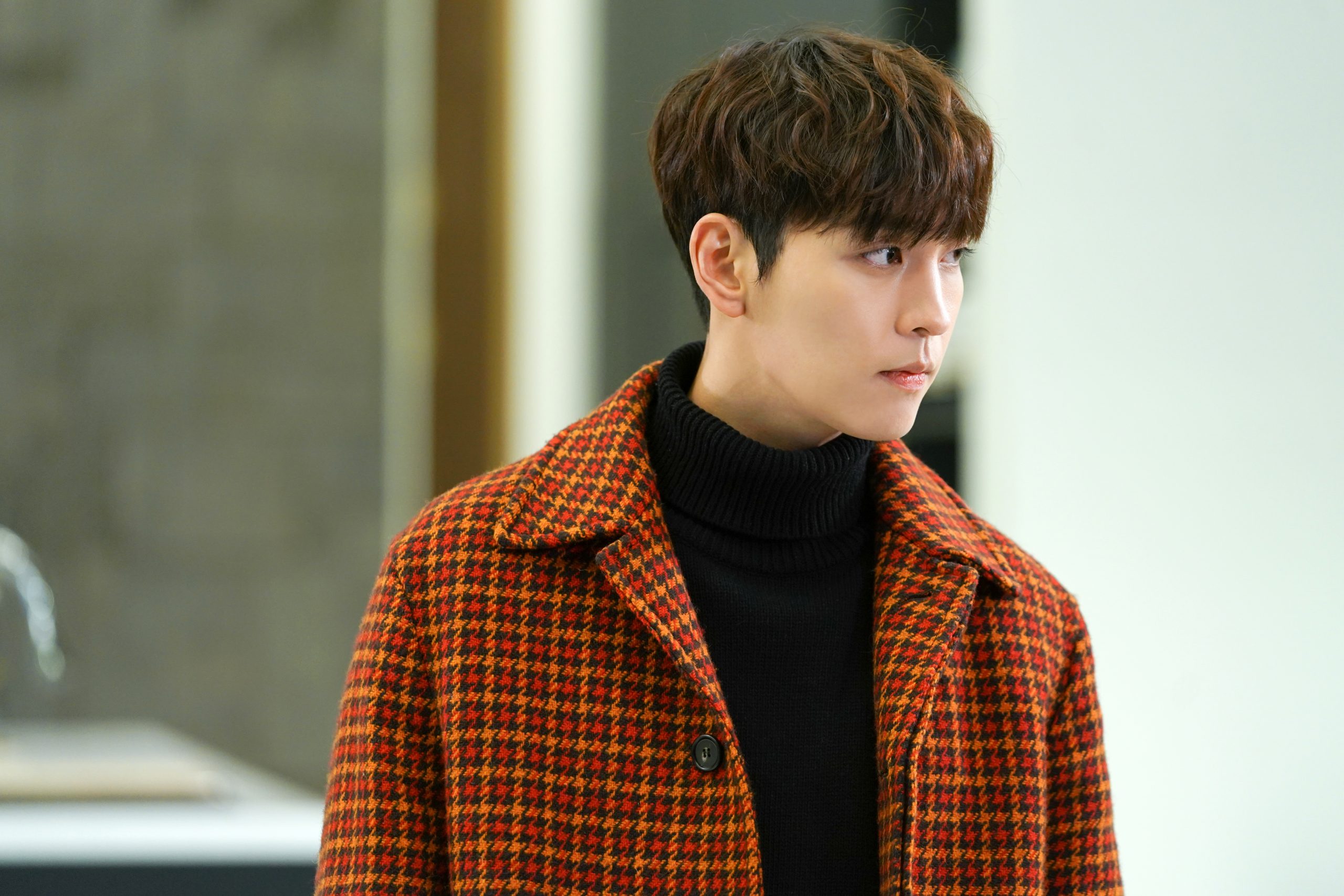 Q: This is your first drama after being discharged from the military. How do you feel?

Tae-joon: First, I would like to thank all viewers and fans for supporting this drama. At the same time, I sincerely thank everyone who has been waiting for me to be discharged from the military. Thank you all so much.

Q: Now that you’ve returned to the entertainment industry, what kind of image do you want to show to your fans? Are there any roles you want to try?

Tae-joon: I hope that I can work as hard as possible and present my fans with as many projects as possible. That way, I should be able to play both the roles that I want to try and the ones that my fans want to see, right? (Laughs) 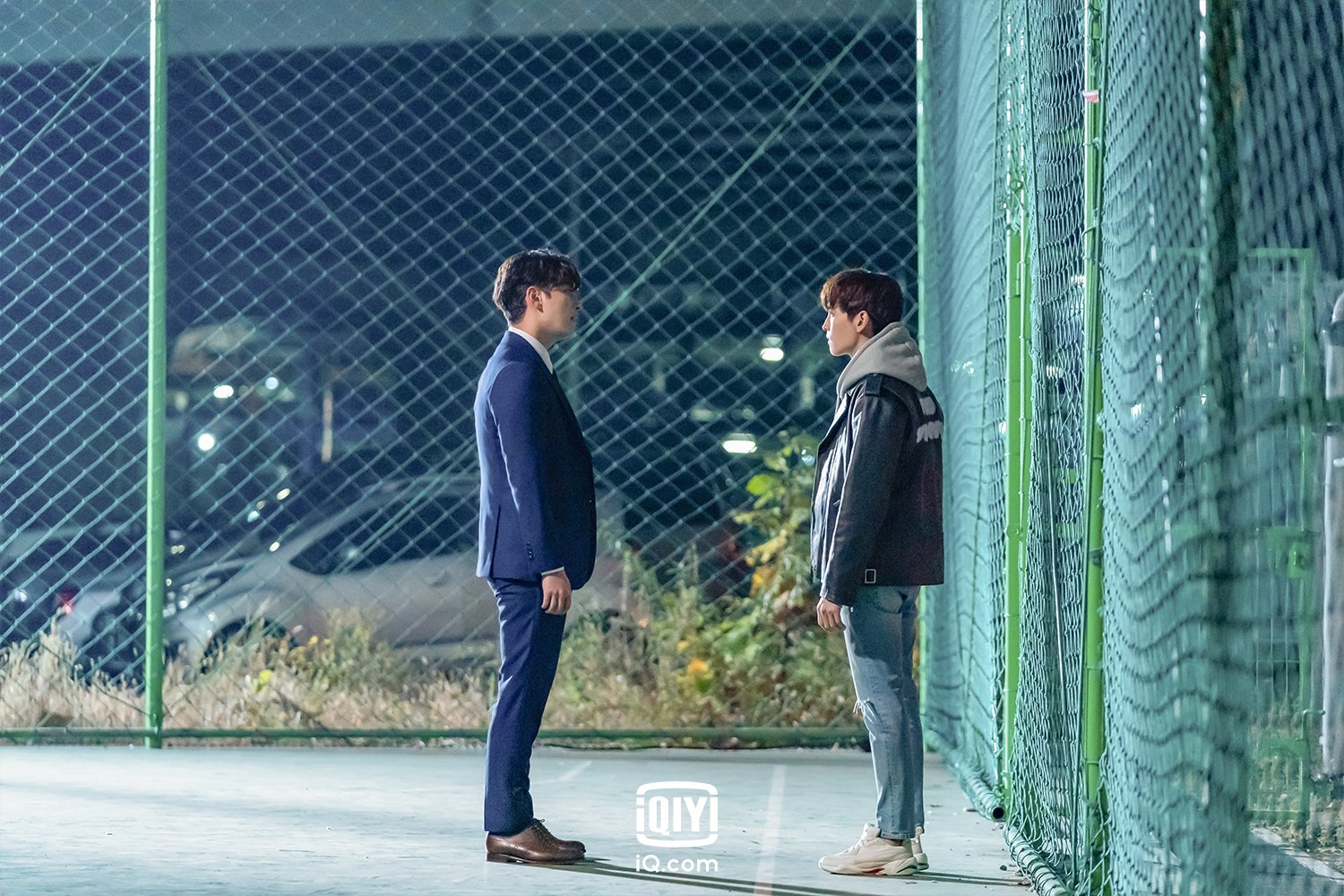 Q: What was the most memorable scene?

Chan-sung: The scene where JJ and Hoo-joon get into a huge fight on the basketball court was the most memorable scene for me.

Soo-young: The scene in Episode 1 where I threw my high heel left the deepest impression on me. It took us two days to film the scenes in the nightclub. Moreover, I have a lot of lines in scenes where I argue with Hoo-joon, and this is also the scene that triggers the conflicts and misunderstandings between us. The scene was very challenging in various aspects, but come to think of it now, it was very fun.

Tae-joon: I think it was the scene where Hoo-joon wants to confirm Geun-young’s feelings for the first time and their two fluttering hearts gradually get a definite answer. I think the scenes in the episode that show this development left the deepest impression on me. 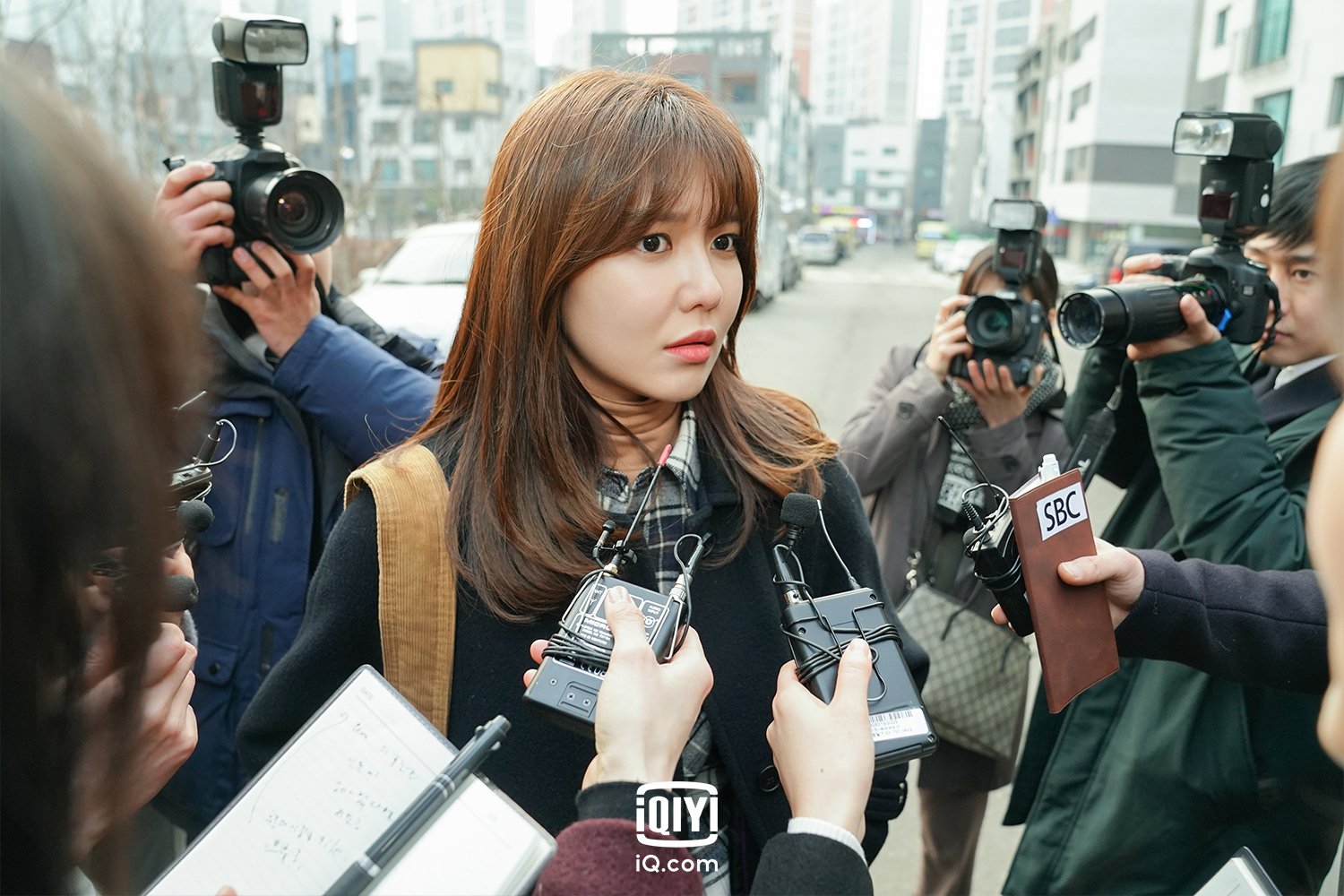 Q: Were there any scenes that made you think of your youthful days when you first debuted?

Soo-young: After the variety show goes on air for the first time, Geun-young suffers a lot because of the manipulative editing. I really resonated with that. The production crew has no other choice but to edit the show that way and Geun-young realizes her words and actions affect a lot of things after being broadcast on TV. This all reminded me of myself when I first debuted.

At the start, I also didn’t understand much. Some of my words and actions led to misunderstandings, and I also felt hurt because of that. Not to mention that Geun-young is not even an artiste, so I can absolutely imagine how scared and hurt she would be at that moment. 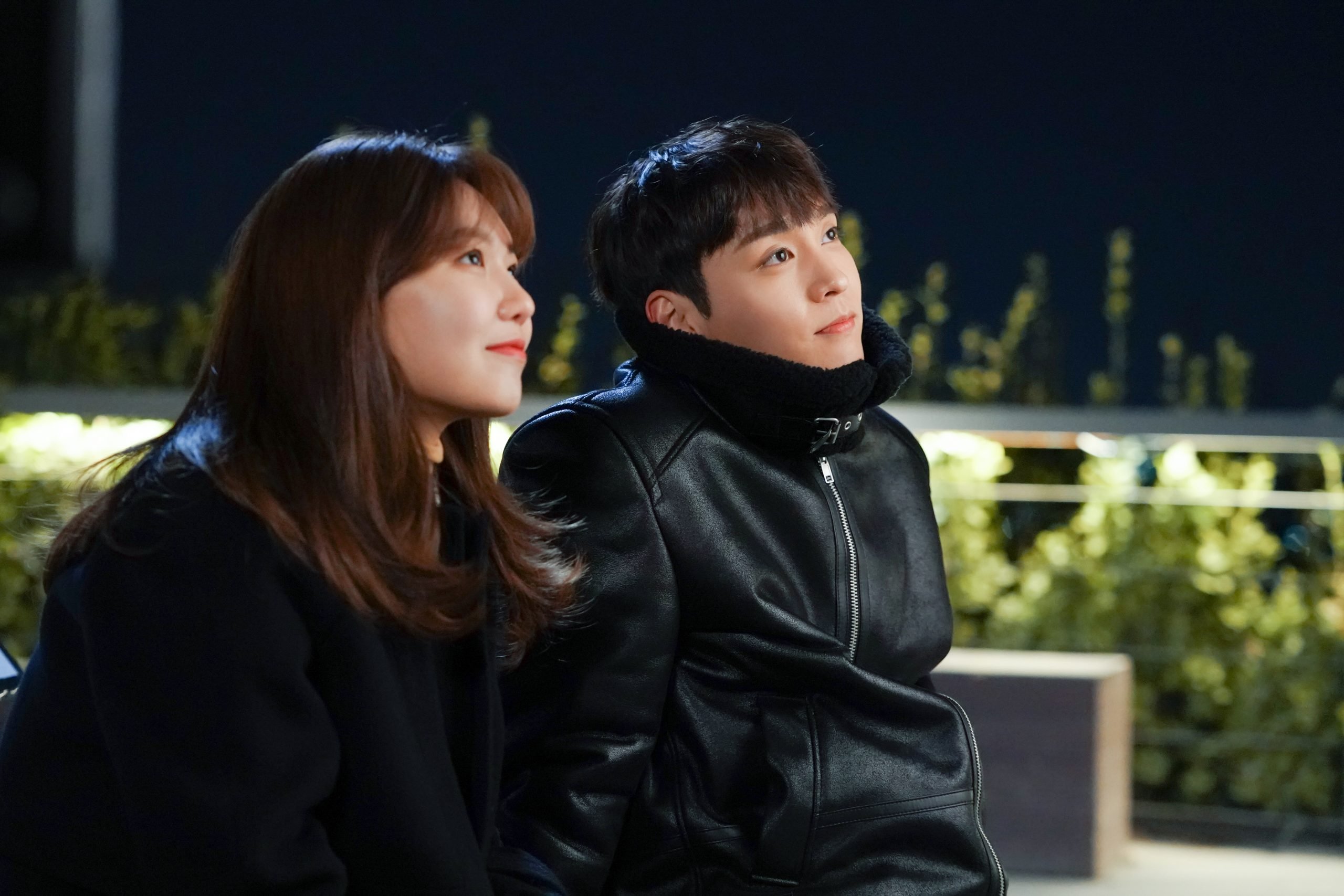 Q: Many people in the entertainment industry get hurt because of anti-fans’ words. What do you think about this? Is there any message about the way fans act that you would like to convey through this drama?

Tae-joon: Lately, there have been many videos that people create and upload themselves not only on web portals but also on various media platforms. The titles of these videos are often very eye-catching. These videos tend to purposely distort the truth or fabricate news, and the people who make these videos don’t feel guilty at all. This has led to a lot of people getting bashed. I think that as society develops, it’s even more necessary to take responsibility for our words and actions. Your comments may seem like jokes to some people, but please stand in the shoes of the people being attacked and think about how depressing and terrible they must feel. I hope that everyone can learn not to believe fake news so easily. Moreover, do not be the source of fabricated news.

Soo-young: Recently, Korea has suspended the comment feature on web portals, so their influence may not be as obvious compared to before. However, you’re still able to see hateful comments on social media platforms. I think they also know that it’s wrong to hide behind the Internet and vent their anger at other people. I think everyone should stop making accusations that don’t aim to point out the actual problems. 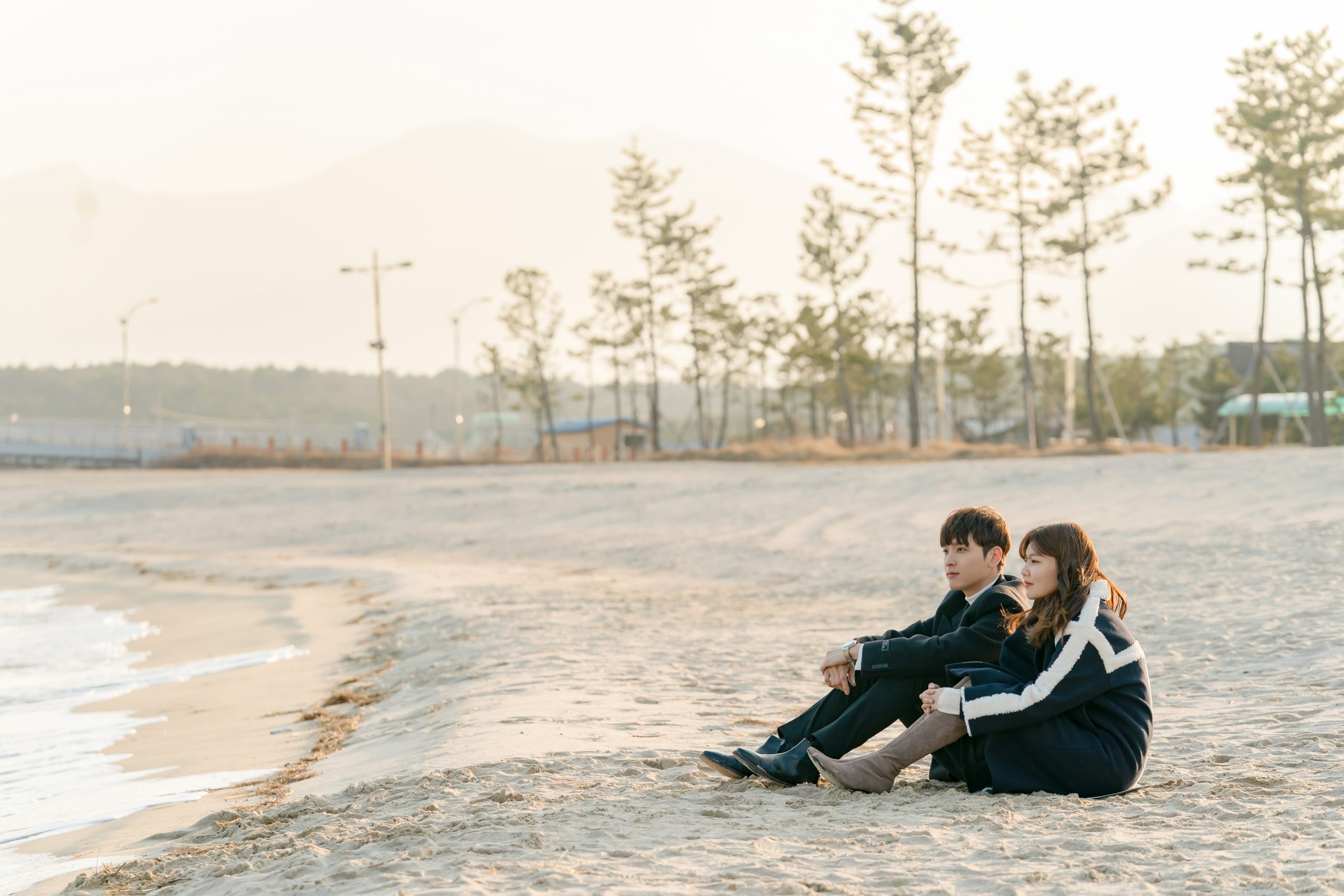 Q: Please share the most memorable thing that happened between you and your fans.

Tae-joon: I used to be a host on KBS’s “Hello Counselor”. At the time, there was a segment on the show where the hosts and guests’ important personal items were auctioned off and all the proceeds were donated. It was very meaningful. Back then, fans came to the recording studio as audience members and bid for my items. I feel very blessed that I was able to do a charitable deed with my fans.

Soo-young: The way our fans lit up the arenas with our light sticks during our tour concerts and the warm encouragement and looks my fans gave me at Beaming Effect’s charity bazaar left a deep impression on me. Lately, I really miss the opportunities of interacting with our fans, like during our stage performances. 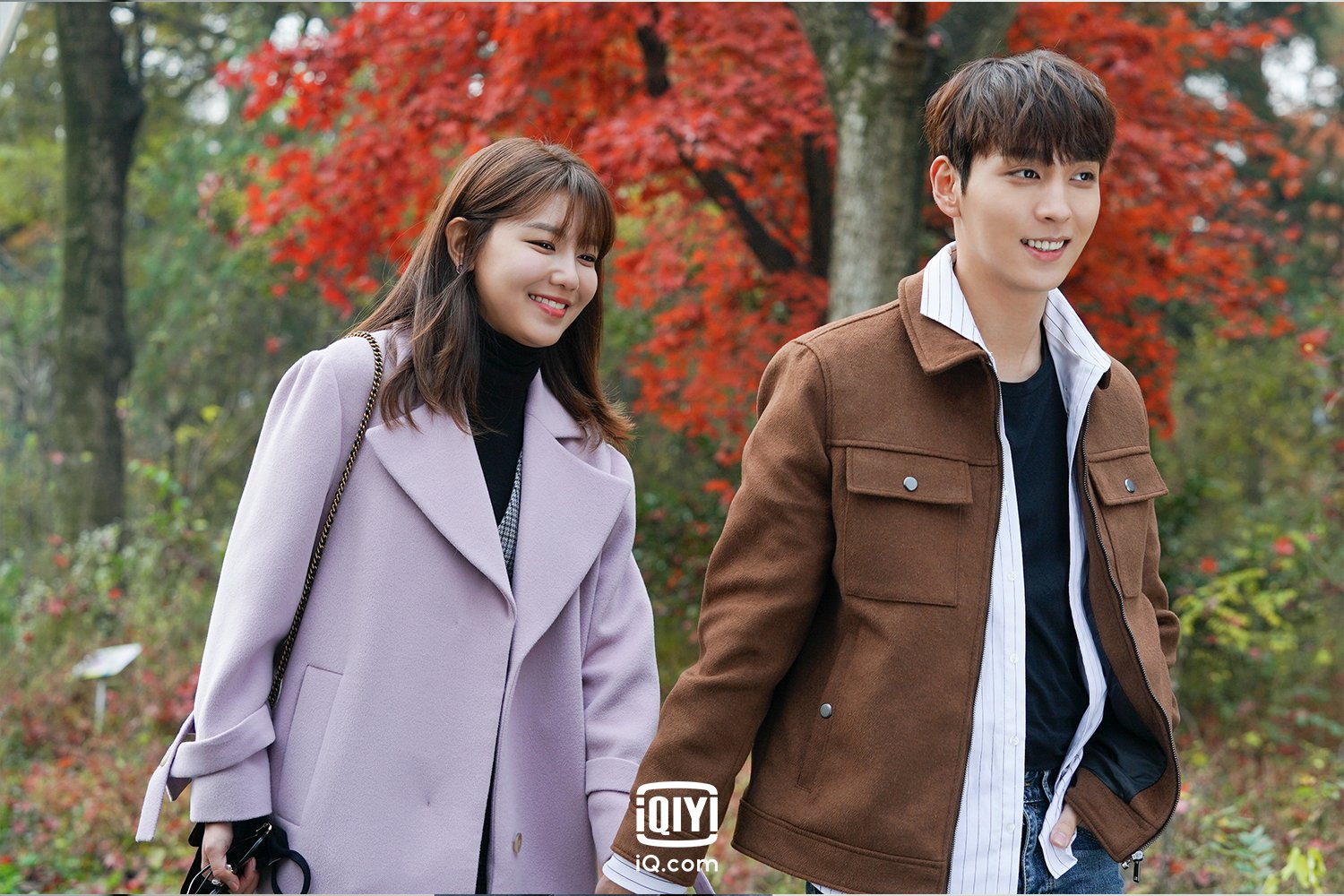 Q: Please tell us a reason why we must not miss out on this drama.

Soo-y0ung: Both romance and K-pop elements are incorporated into this drama, so of course you shouldn’t miss out on this show. (Laughs)

Tae-joon: Our production crew, director, and actors all worked hard for this drama. We had an enjoyable time filming this. In my opinion, if the people who work together are all outstanding, things can’t turn out badly. We all put serious dedication into this drama, so I hope the audience will like it.

Chan-sung: You will all discover that this is a drama that you enjoy more and more as you watch it.

For those who’ve yet to watch the drama, be sure to catch up on all 16 episodes of ‘So I Married the Anti-Fan’ exclusively on the iQIYI app and IQ.com!

[INTERVIEW] Watch how CROSS GENE picks up Singlish in Singapore!