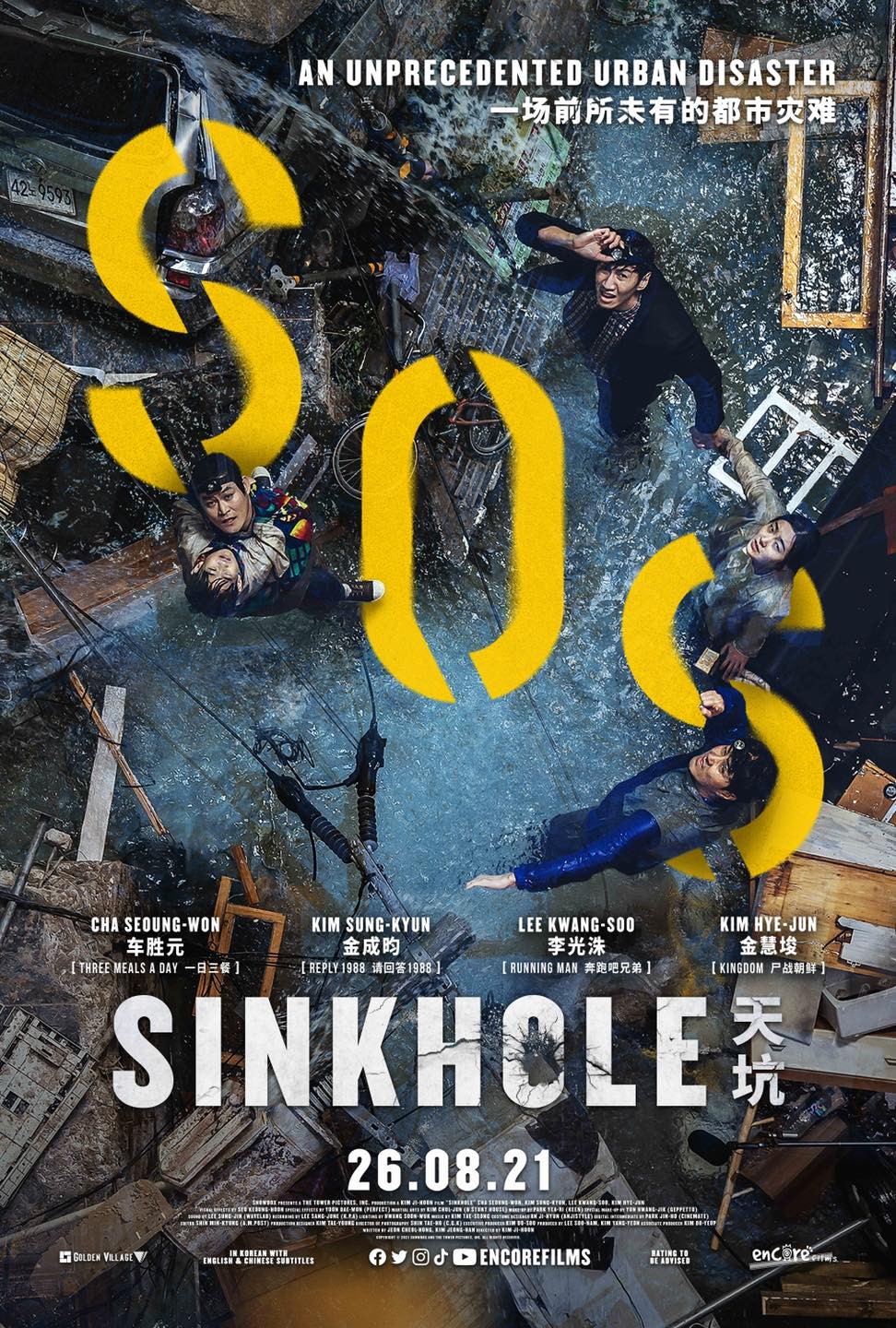 11 years of saving gone in 2 weeks. That was the harsh reality that hit Dong-won (Kim Sung-kyun) when his dream home came crashing down one day, forcing him to abandon it in order to survive.

A sinkhole disaster film led and directed by Director Kim Ji-hoon (The Tower), the story follows a disaster that took place 500m underground as a group of survivors struggle to survive during this dire situation.

Starring an incredible ensemble of cast such as Cha Seung-won, Kim Sung-kyun, Lee Kwang-soo and Kim Hye-jun, SINKHOLE will depict how ordinary people deal with a sudden disaster and how they would cope while inside a massive sinkhole. 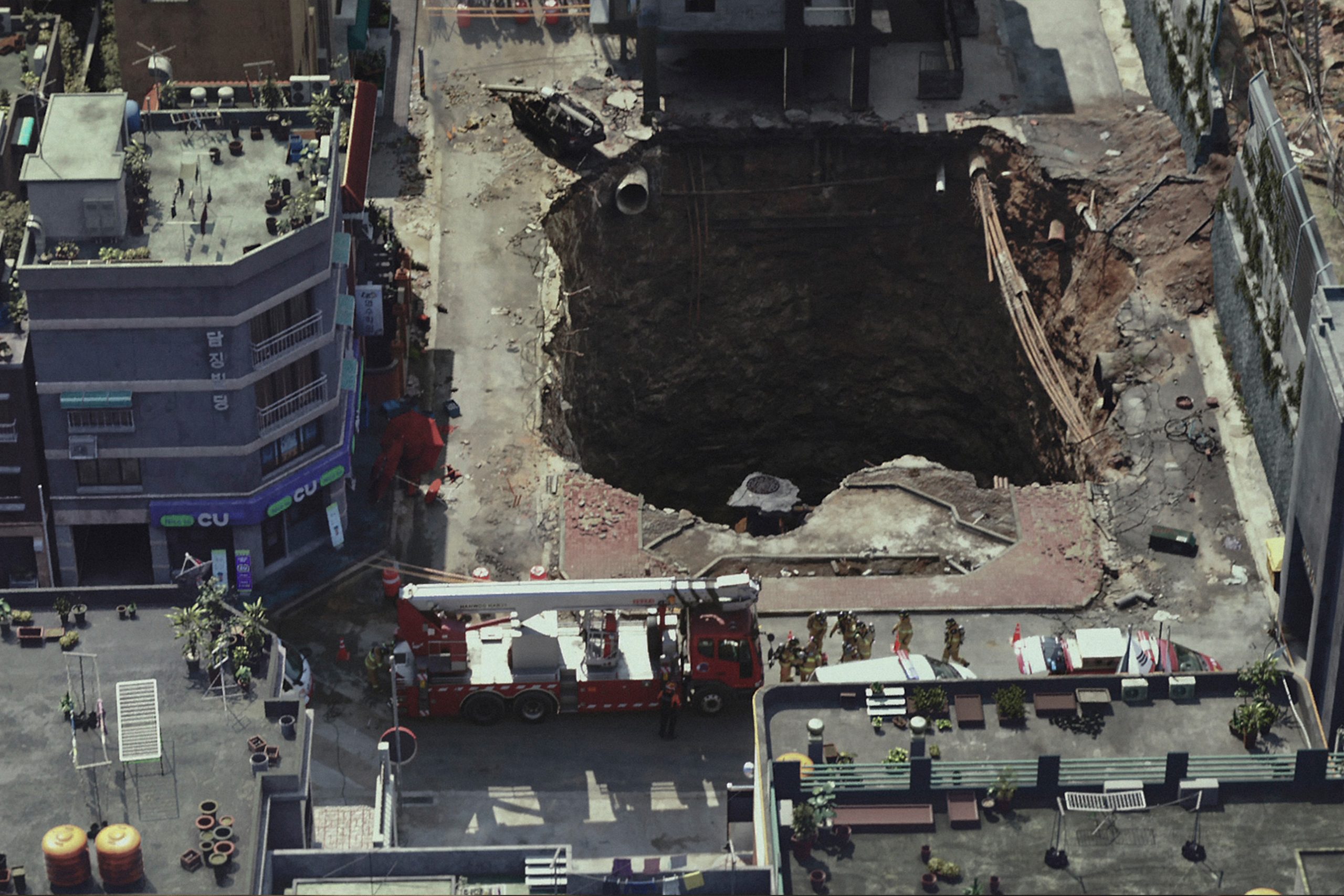 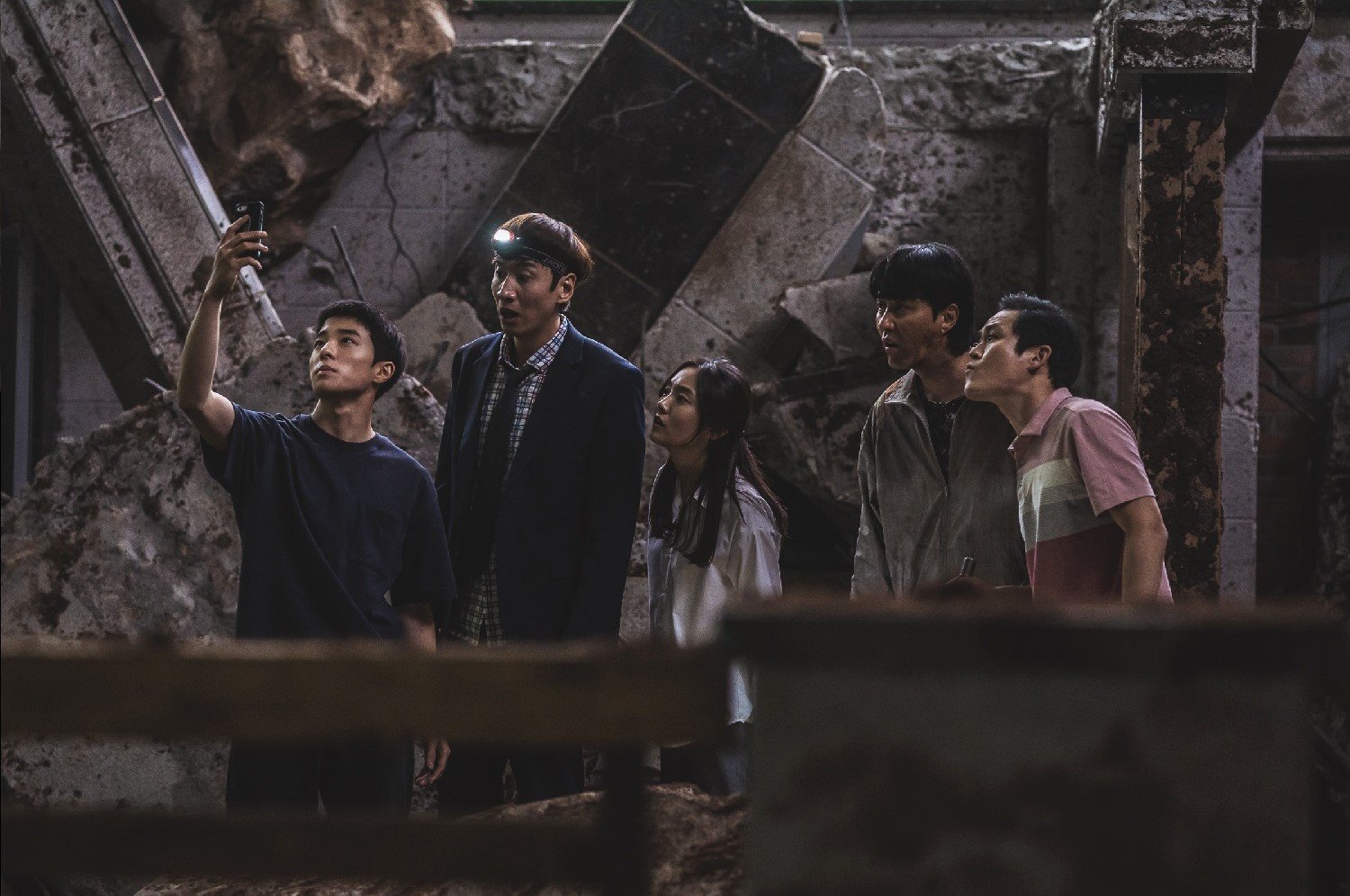 Film Synopsis:
An ordinary office worker Dong-won (Kim Sung-kyun) and his family move into a house he bought after years of saving. Overwhelmed with happiness, he invites his colleagues to a housewarming party, but heavy overnight rain leads to a gigantic sinkhole, and in a mere minute, it swallows up the entire apartment and the people inside. Hundreds of meters down the hole, Dong-won, his neighbor Man-su (Cha Seung-won), and the unfortunate housewarming party guests (Lee Kwang-soo) must find their way out. Rain starts to pour down, filling the sinkhole with water, giving them very little time to get back to the surface.