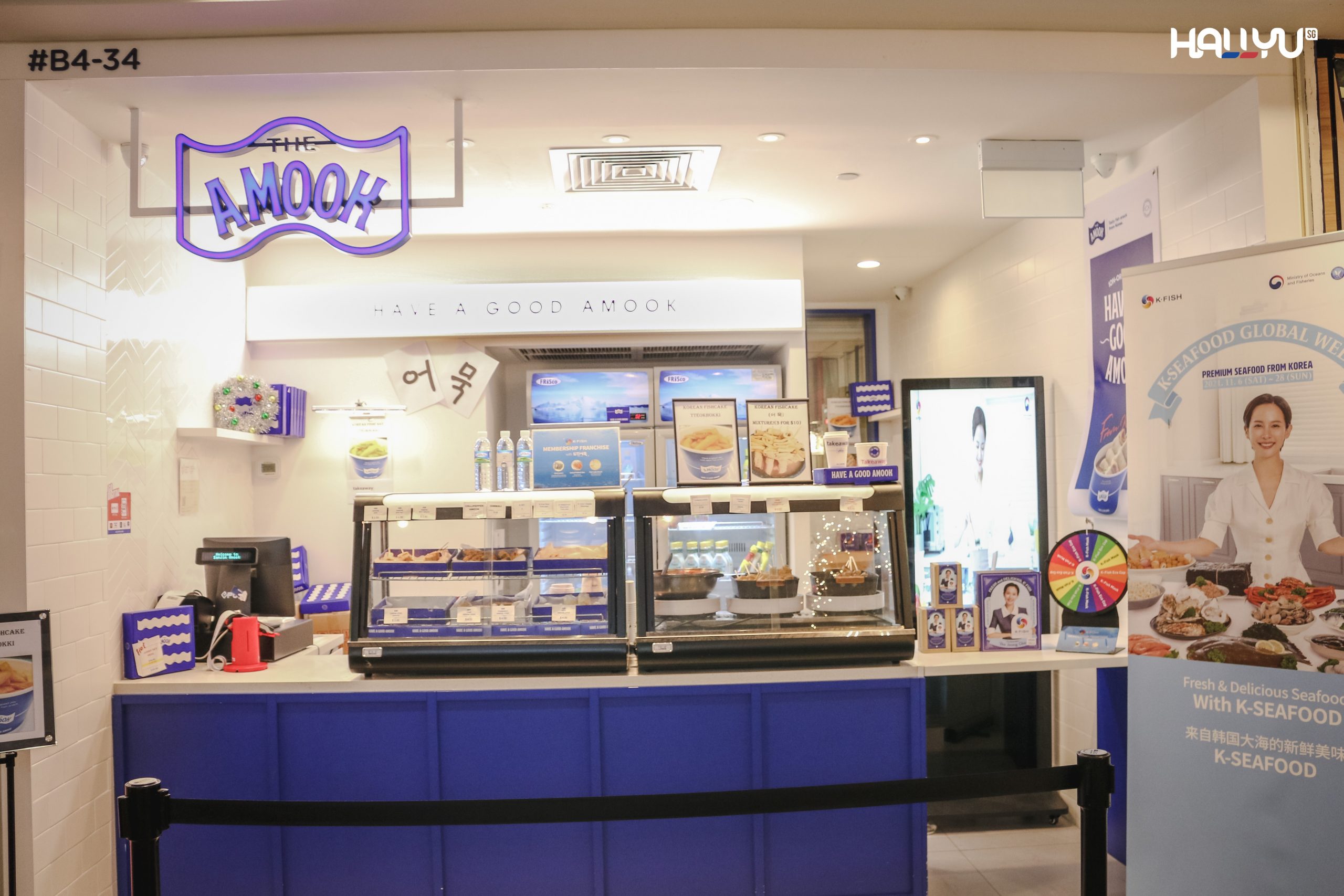 When you can’t travel to Korea, taste it instead. One of the things we miss most about Korea is its popular street food that have become an integral part of the Korean food culture. While you daydream about your next holiday trip, why not let your tastebuds do the traveling instead?

Take a trip down to The Amook, located at B4 of ION Orchard, for an authentic Korean fishcake experience. Reopened in March this year, The Amook is a kiosk concept of Samjin Amook, Korea’s oldest Amook (fishcake) brand in business for over 3 generations. 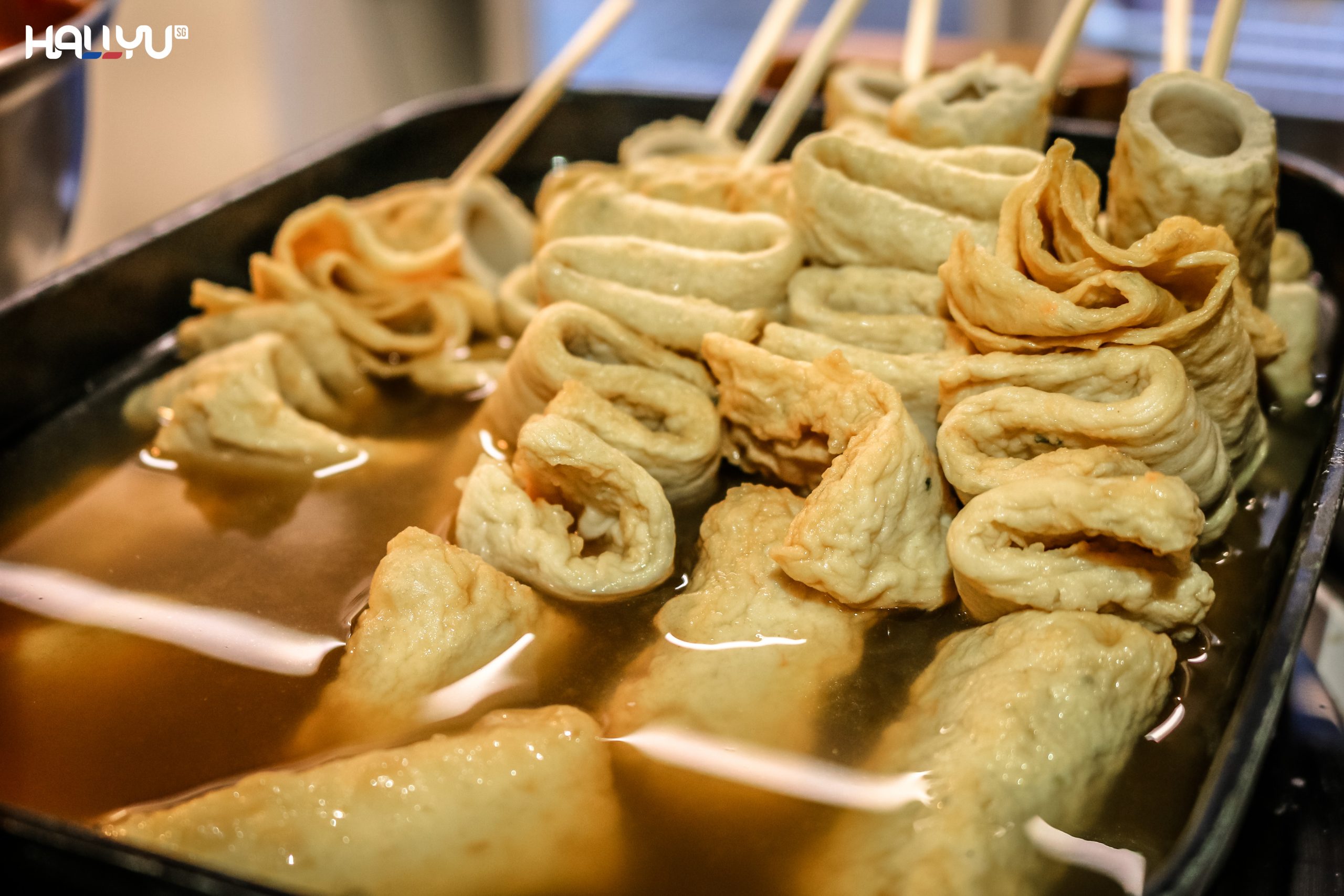 Being the first takeaway store outside of Korea, The Amook brings out the freshness of Korean fishcakes and has a variety of ready-to-go fishcakes for everyone. Everything is freshly made daily using ingredients imported directly from Korea, and they offer up to 10 types of fishcakes on the menu, which changes everyday. 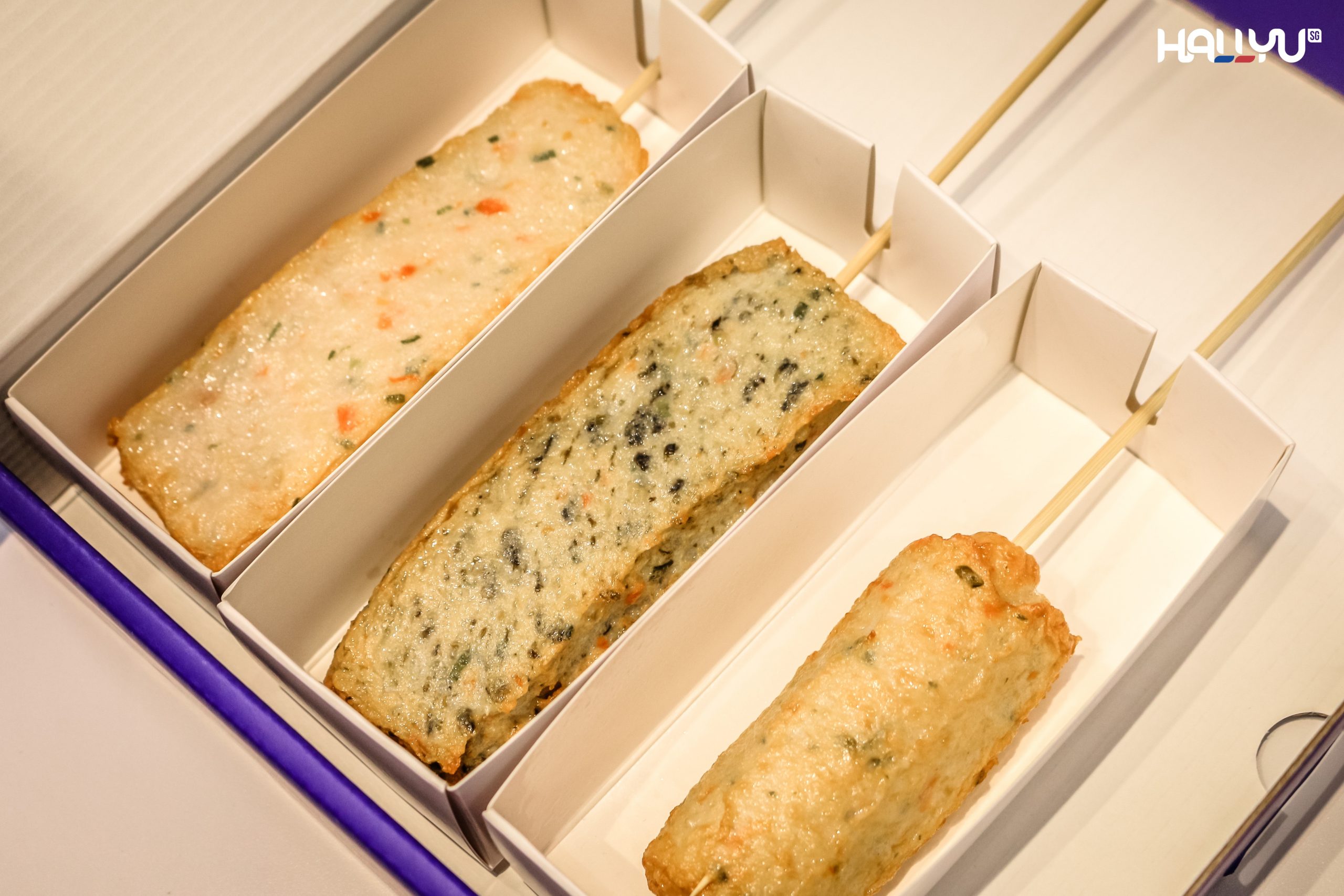 This menu is part of the “K-FISH Membership Franchise” launched by the Korea Fisheries Association and Samjin Amook, and inspired by K-FISH, Korea’s First Certified Korean Fishery National Brand, whose products are known to be freshly delivered from clean Korean seas and have passed stringent tests to be identified as a premium seafood brand.

If you’re intending to visit soon, you may want to give these fishcakes a try because they’re only available on the menu for a limited period. 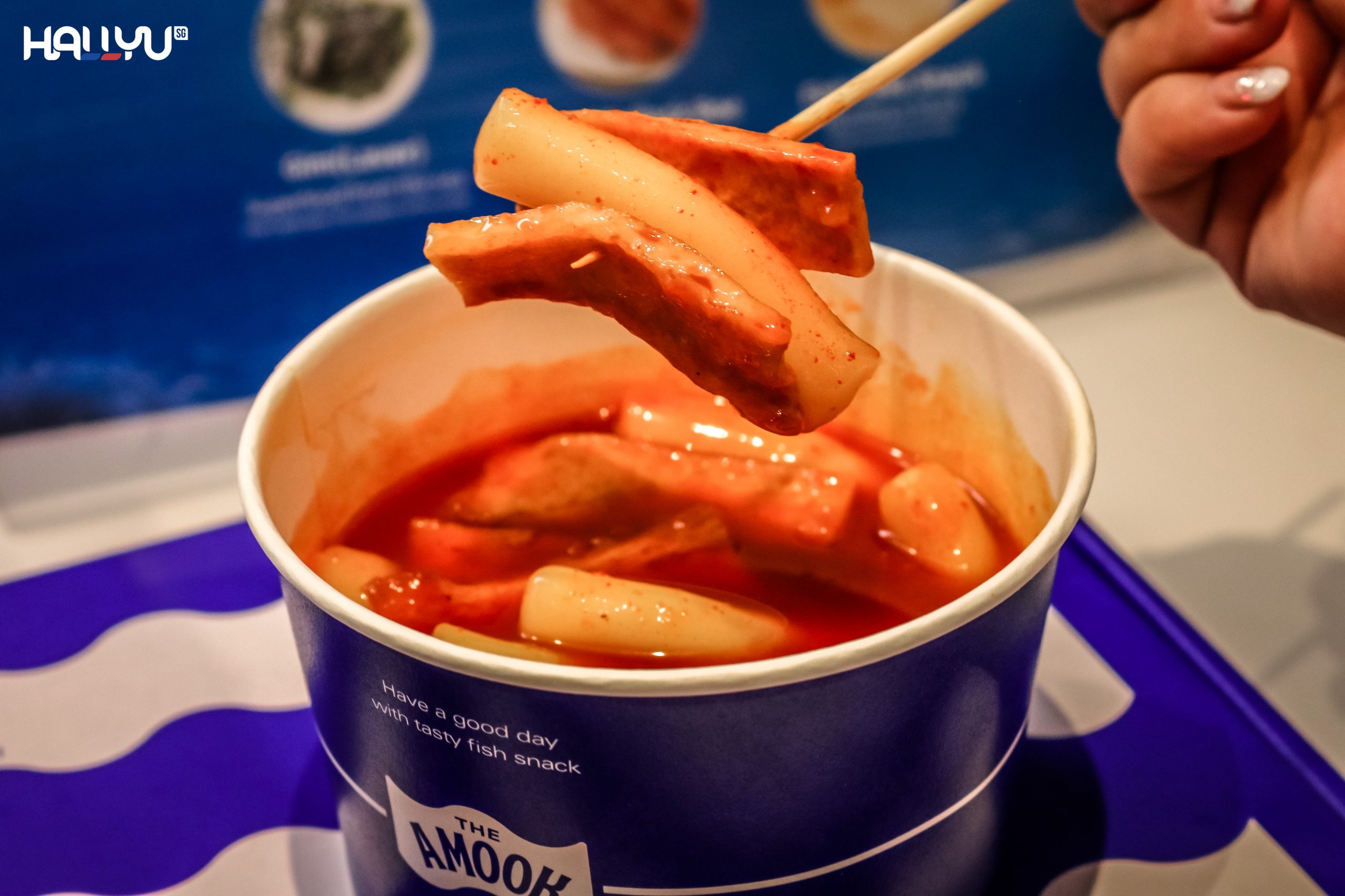 Besides serving up fishcakes, what we also enjoyed was their generous serving of Tteokbokki Amook (Korean spicy rice cakes with fishcakes) which goes really well with the street snack. It’s hard to find a good plate of Tteokbokki that tastes as authentic as those in Korea and this is for sure one of the closest we can find locally.

The chewy texture of the rice cakes, coupled with the tangy and savory gochujang sauce, gives the dish a burst of flavour and a real good spicy kick. 10/10 would recommend this to go with any fishcake order. 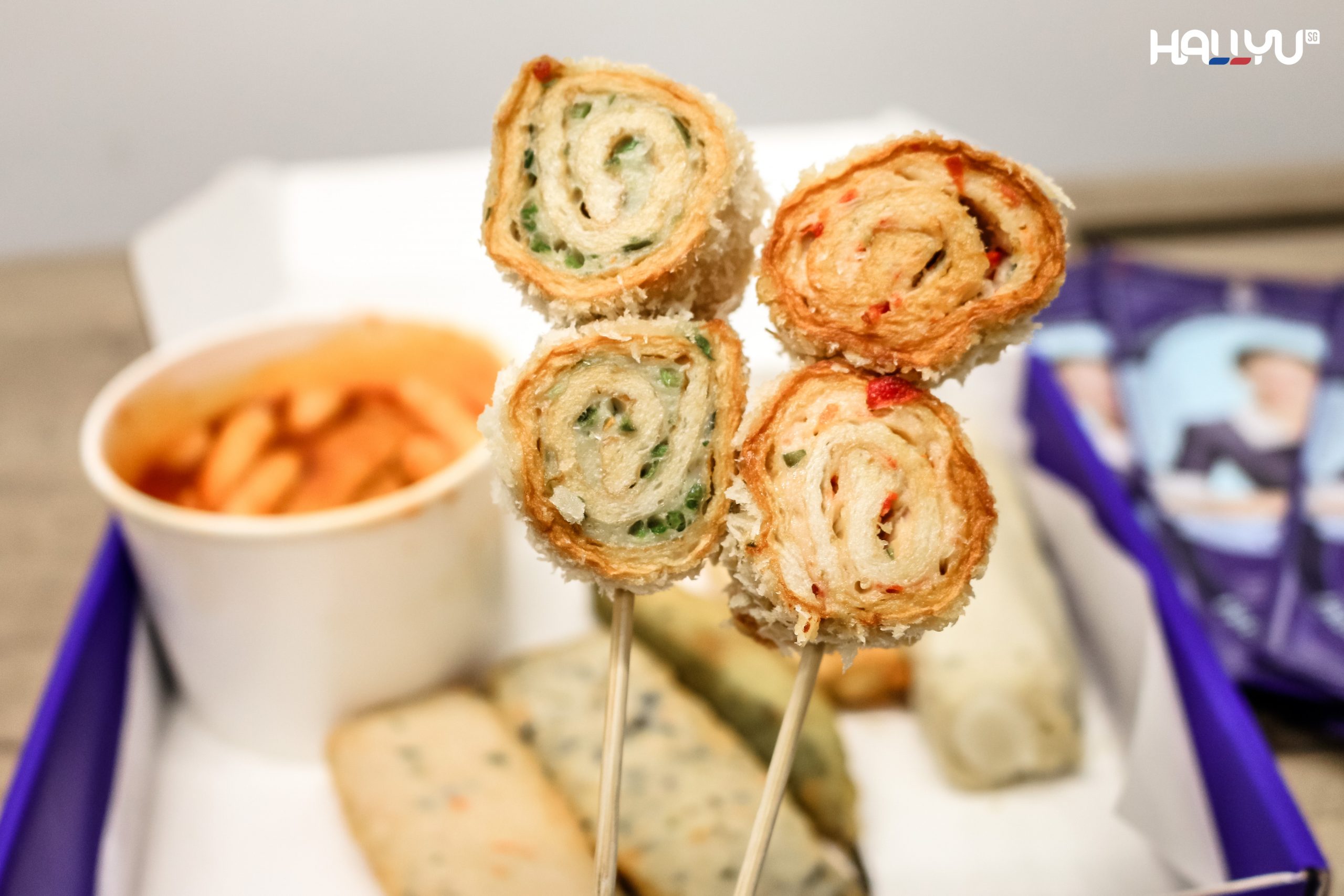 Some other fishcakes offered on the menu include their Amook Bite Set (pictured above), Cheese Stick Amook, Chilli Pepper Amook and Ham/Crabmeat/Rice Amook, all priced affordably from S$2 to $4 each. Or if you’re someone who prefer the original version, there’s also the Skewer Amook Soup which will definitely not go wrong. 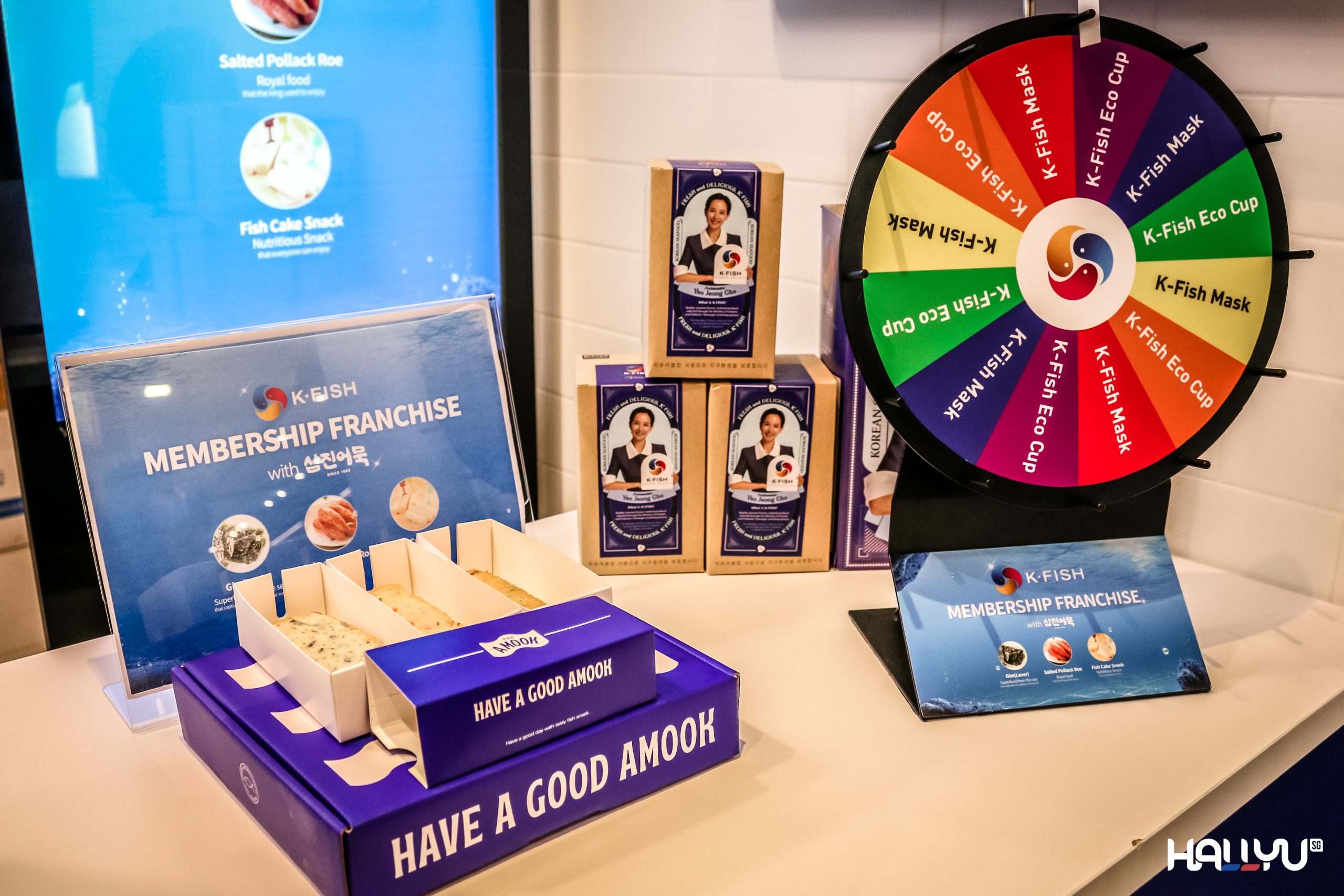 From now onwards, with the purchase of ANY item at The Amook (no min. spend), you’ll be entitled to a spin at their roulette wheel to win yourself some goodies! While stocks last.

This article is brought to you by K-FISH.