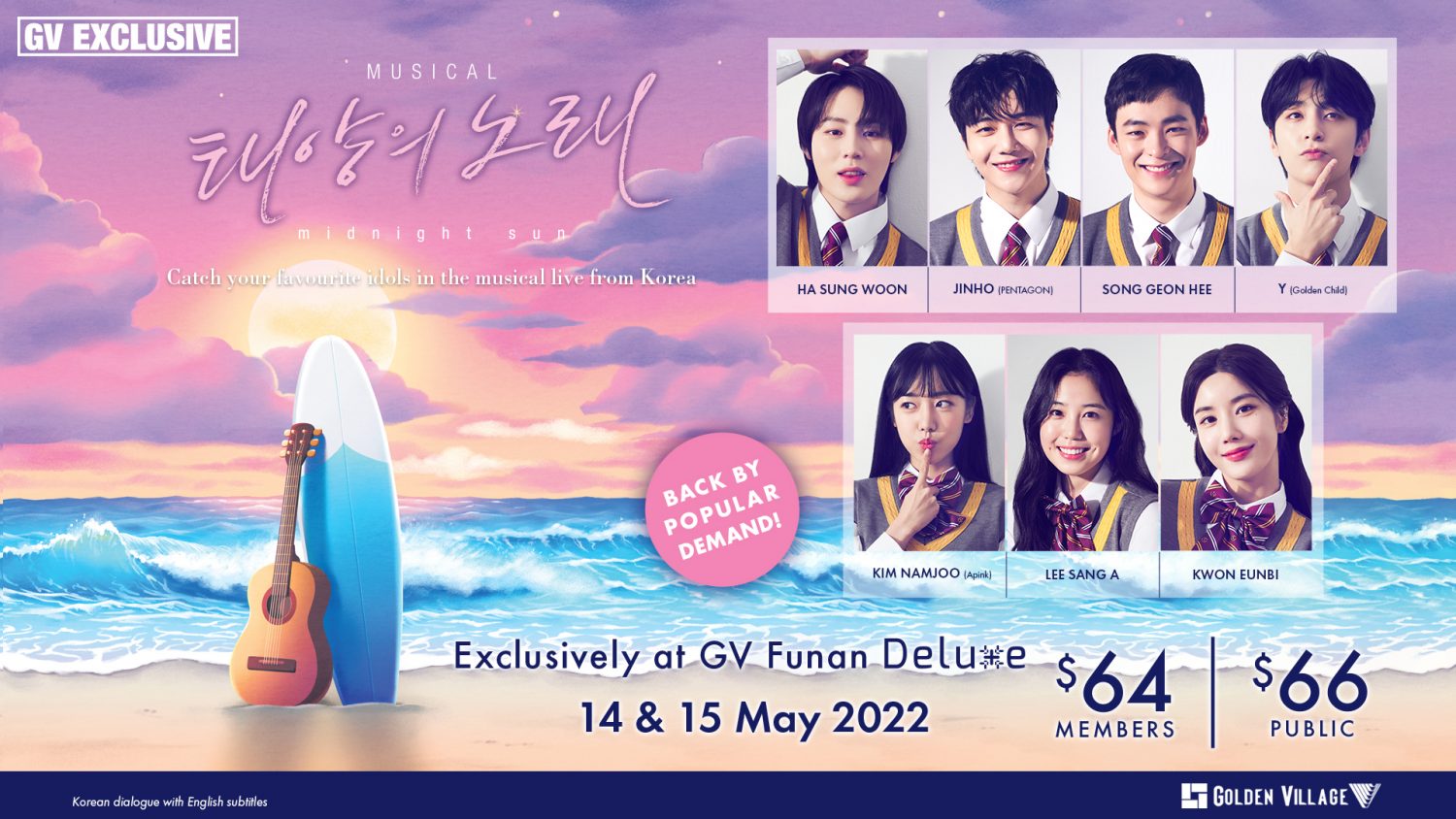 Following a successful live viewing run at the theatres last year, Midnight Sun musical will be back by popular demand for two days only this coming May 14th & 15th.

The musical tells the heartwarming story of a boy, Haram, who meets a girl, Haena, who cannot be exposed to direct sunlight due to a rare illness. Originally a ‘90s Hong Kong classic, ‘Midnight Sun’ was later adapted into a Japanese novel, film and drama. More recently, it was also the subject of a 2018 Hollywood adaptation of the same title.

This year, the musical features a brand new star-studded cast, where the characters Haram and Haena will be played by different stars for each session. The role of Haena will be performed by three new faces – Kim Namjoo (Apink) who has been well-known for her unique energetic charms on various variety shows and web dramas, actress Lee Sang A, who was cast in the Bernarda Alba and 1976 Harlan County musicals, and KWON EUNBI, a former IZ*ONE member who is currently growing her success as a soloist.

The role of the male lead Haram will be performed by four new cast members – singer HA SUNG WOON, who’s making his musical debut with Midnight Sun Live Musical, JINHO (PENTAGON) who has proven his potential as a musical actor in All Shook Up and The Man in the Iron Mask, actor Song Geon Hee who is honing his skills through drama series, and Y (Golden Child) who played Luke in SHINSWAVE-produced Altar Boyz (2021).

With a limited number of sessions held, this heart-fluttering musical is not to be missed. Singapore fans can catch ‘Midnight Sun’ live at Golden Village Funan on the above dates and timings. The musical will run for 100 minutes, and feature English subtitles.

Things To Know About KAMP, An Upcoming K-Pop Music Festival in Singapore