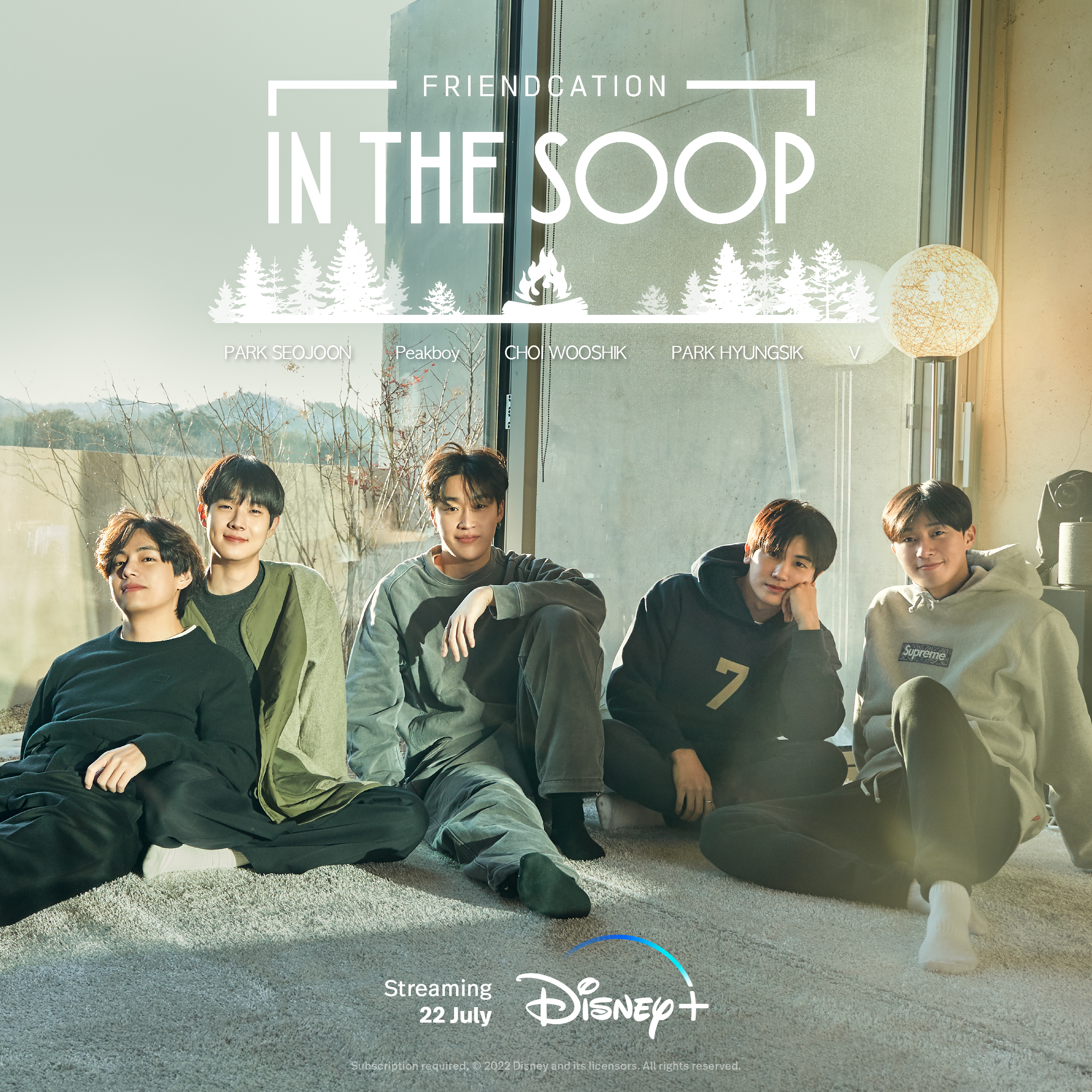 The Wooga Squad is reuniting for a surprise trip for IN THE SOOP : Friendcation, a spin-off of the IN THE SOOP series that previously starred BTS and SEVENTEEN. Coming to Disney+ on 22 July, this brand-new travel reality series stars Park Seo-joon, Peakboy, Choi Woo-shik, Park Hyung-sik and V from BTS, giving audiences a close look at the lives of these five celebrity friends as they step away from their busy everyday lives to unwind together in a relaxing surprise trip.

Hidden away from the world, this series shows the friends taking time to enjoy nature and indulge in their favorite pastimes. Throughout the course of the four-episode series, viewers will get to see the stars relax over a well-earned break away from the pressures of day-to-day stardom.

The four-episode series will be released weekly and fans can stream exclusively on Disney+ every Friday at 10pm (SGT) from 22 July. Are you looking forward to its premiere?

[QUIZ] Can You Match These K-Drama Actors To Their Childhood Pictures?

[NEWS] 'THE BEAUTY INSIDE' opens in Singapore this December