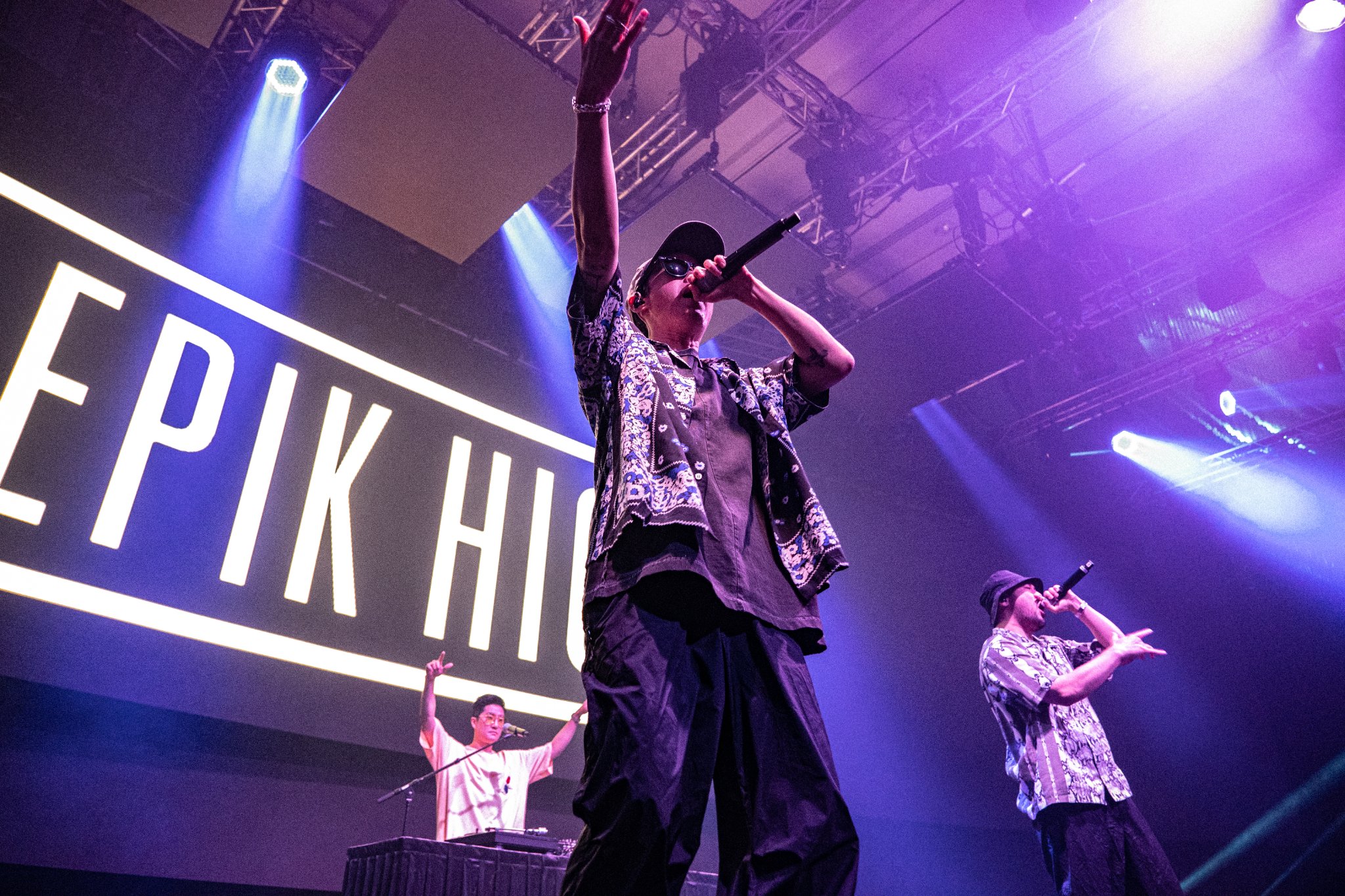 Fans were screaming at the top of their lungs with both hands in the air, jumping so hard that the ground was shaking – all while the band members were dancing and singing passionately on the stage. These are scenarios from the “Epik High Is Here” concert in Singapore last Saturday, July 9th.

It’s not a new thing for K-pop groups to perform in a sold-out concert. Epik High, an alternative hip-hop group that used to have sold-out stadiums even when not a lot of people knew about K-pop, held a full house concert in Singapore that was sold out within 24 hours. Before this, their last concert here was in 2019 before the pandemic. The trio kicked off their Asia Pacific tour from the Sands Grand Ballroom at Marina Bay Sands and their next stops are planned to be in Melbourne (July 11th), Sydney (July 12th), Bangkok (July 14th). and Jakarta (July 16th). 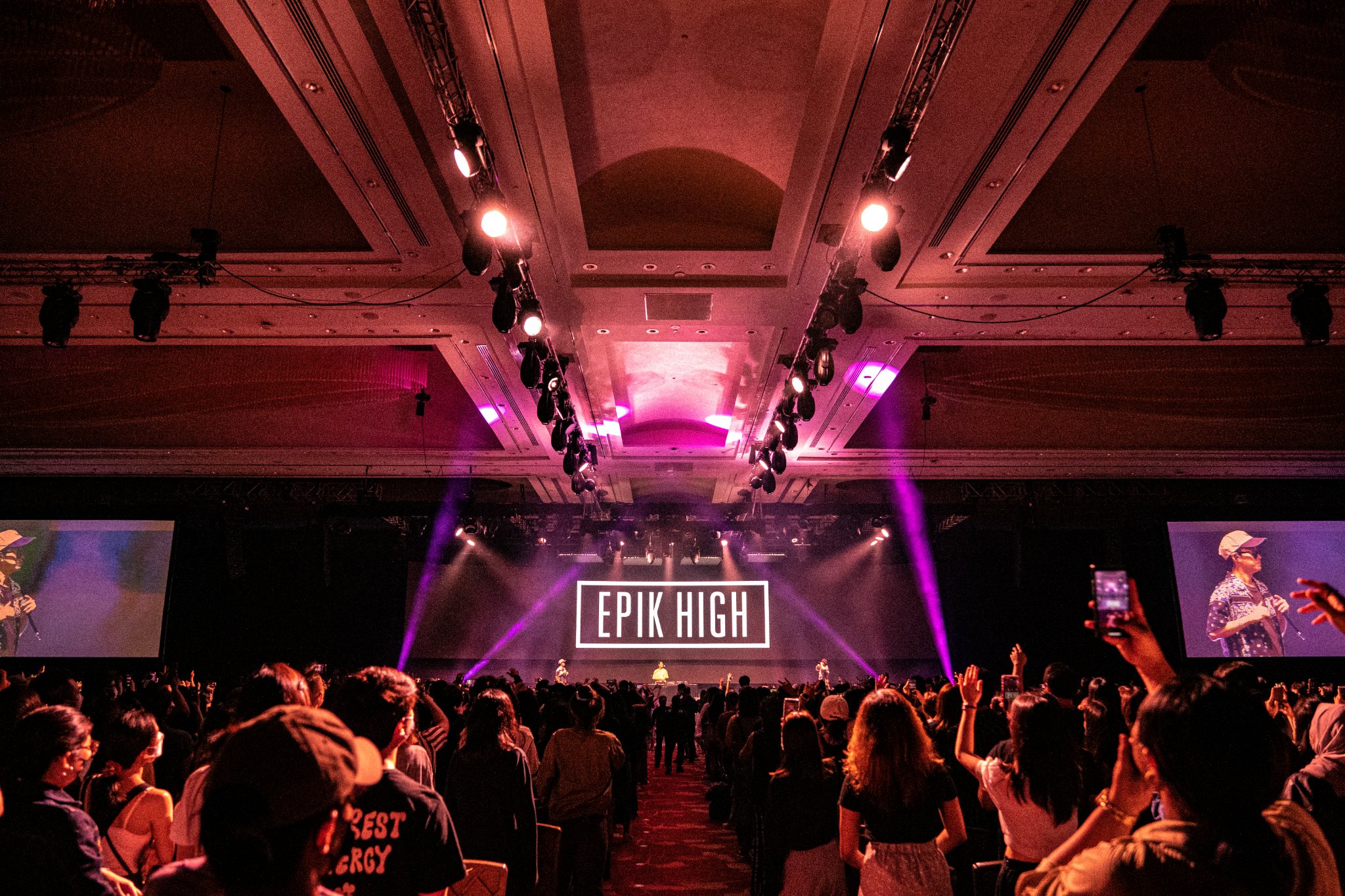 Epik High started their concert with great zeal and enthusiasm. The opening of the show was hyped with “Here”, to which energetic fans jumped and danced. Some other classic hits that followed include “Fly”, “Rosario”, and “Burj Khalifa”. Tablo initiated the conversations with fans in an emotional tone, expressing how they couldn’t believe that the day has come when they could finally perform in-person for their fans, and that they are grateful for the unflattering love and support they have received. 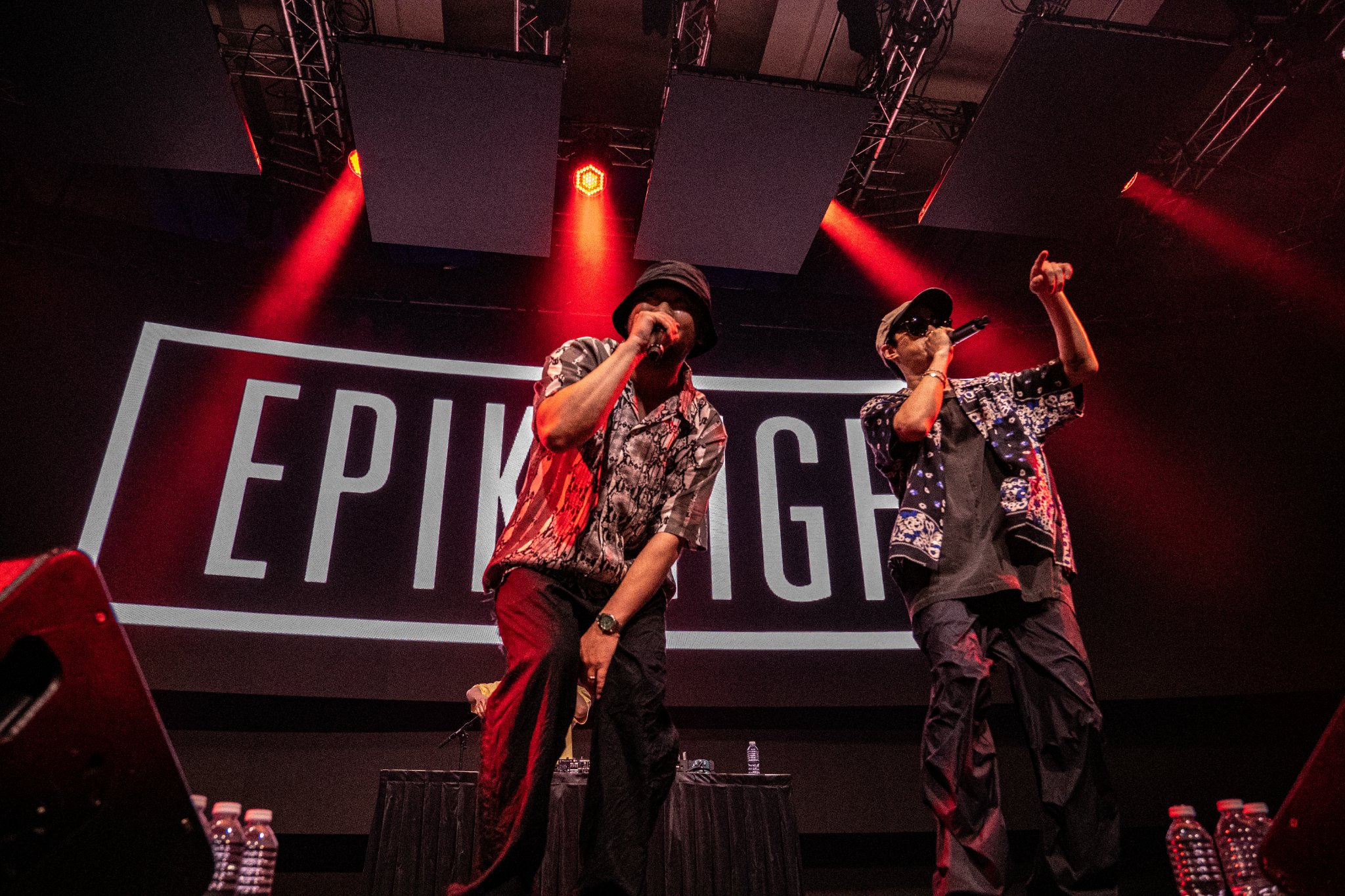 The talk segment was followed by the enthusiastic and dynamic performances of “Super Rare” and “Love Love Love”. Members continued throwing Puns and cheesy jokes at fans and made them laugh amid the emotional experience. Tablo praised the beauty of Singapore and the capacity of hearts of the people here. He joked that he’ll definitely tell his friends to move to Singapore and enter the hearts of their fans, “Some of them are famous singers so I am sure you wouldn’t mind!”

About his impression of Singapore, DJ Tukutz said that the city is very clean and beautiful, and that it is the “best city in the world”, to which Mithra Jin also affirmed (while praising Singaporean cuisines). 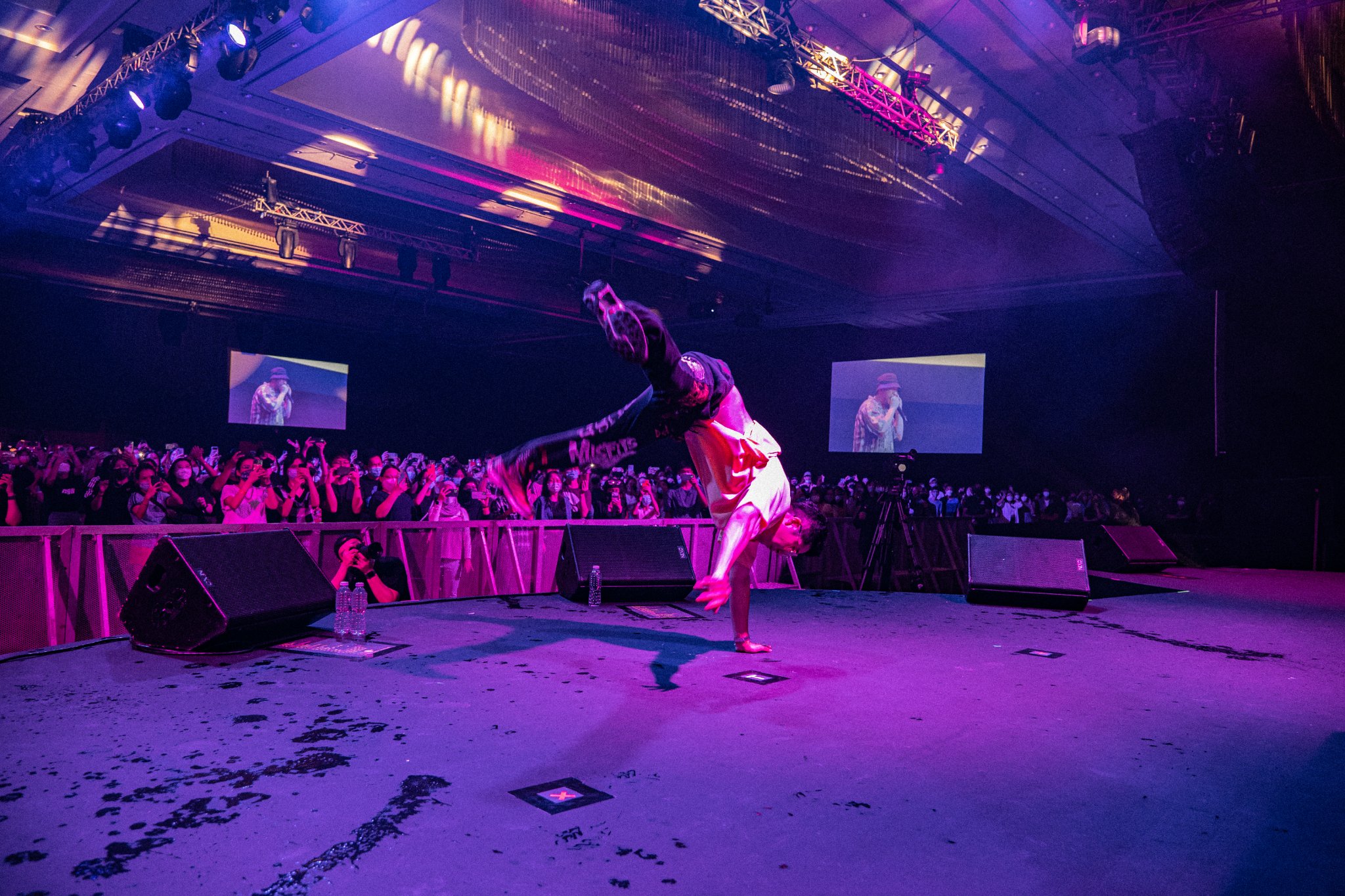 The banter continued as Tablo claimed that DJ Tukutz will dance five times to reward fans for the concert ticket price and make them feel as though they have attended the show for free. This series of unending jokes was followed with energetic performances of their hits such as “One”, “Fan”, “High Technology”, “Don’t Hate Me”, and other blockbusters. The entire experience was so wholesome as the energy of Epik High and their fans was unmatchable. 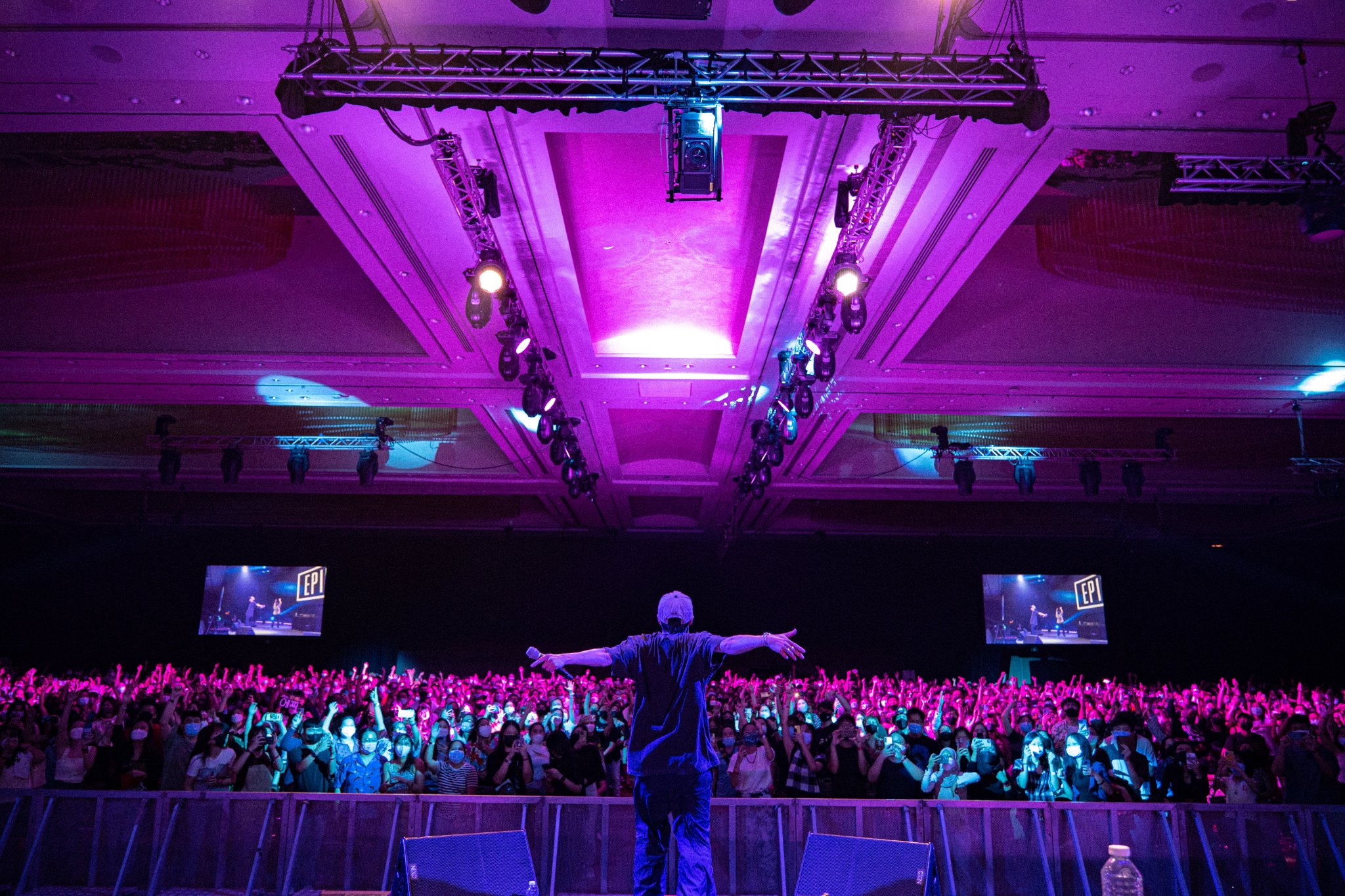 The concert proceed towards its end and fans lit up their phones for the encore. The hip-hop group fans, also affectionately addressed as High Skool, waved in sync and a group photo was taken with Epik High before the last song, “Born Hater” was performed. And like this, the (almost) 1.5 hour-long concert ended like a dream too good to be true.

The next stop of “Epik High Is Here” will be held at the Forum Theatre in Melbourne on July 11th. High Skoolers are ready with another full house to live an unforgettable event with Epik High.

Special thanks to CK Star Entertainment for the media invite.