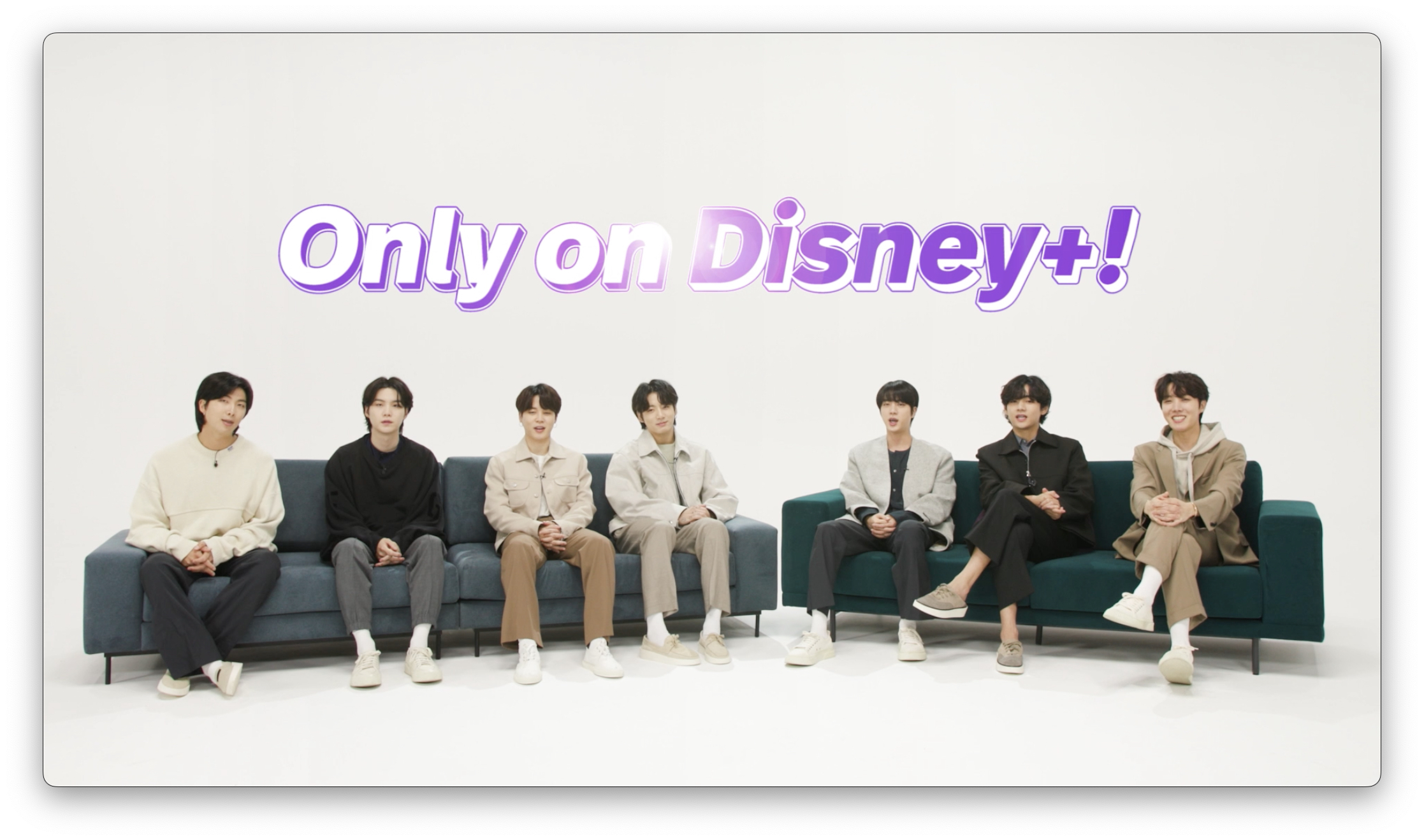 Fans of BTS will be able to catch more of the boy group’s content on Disney’s streaming services soon! The Walt Disney Company Asia Pacific and HYBE today announced a global content collaboration that will see the distribution of five major content titles from HYBE, which include two exclusive series featuring BTS.

One of the upcoming projects coming soon to Disney+ includes IN THE SOOP : Friendcation, a travel reality series starring Park Seo-joon, Peakboy, Choi Woo-shik, Park Hyung-sik and V. The four-episode series is set to premiere on Disney+ on 22 July.

The two exclusive series featuring BTS are “BTS: PERMISSION TO DANCE ON STAGE – LA” and “BTS MONUMENTS: BEYOND THE STAR” respectively. Fans can look forward to an exclusive cinematic 4K concert film that features BTS’ live performance in Los Angeles’ Sofi Stadium in November 2021, which was the first time in two years since the pandemic that the band met fans in person.

On the other hand, the latter series is an original docu-series that follows the incredible journey of BTS. With unprecedented access to a vast library of music and footage over the past nine years, the series will feature the daily lives, thoughts and plans of BTS members, as they prepare for their second chapter. The docu-series will be available exclusively on Disney’s streaming services next year. Check out a shout-out from BTS: