Ji Sung and Seo Ji-hye have reunited for a new TV series, ADAMAS! This drama is led by Director Park Seung-woo (Kairos, I Am Not A Robot) and written by Choi Taegang, starring Ji Sung, Seo Ji-hye, Lee Soo-kyung, Heo Sung-tae, and more. 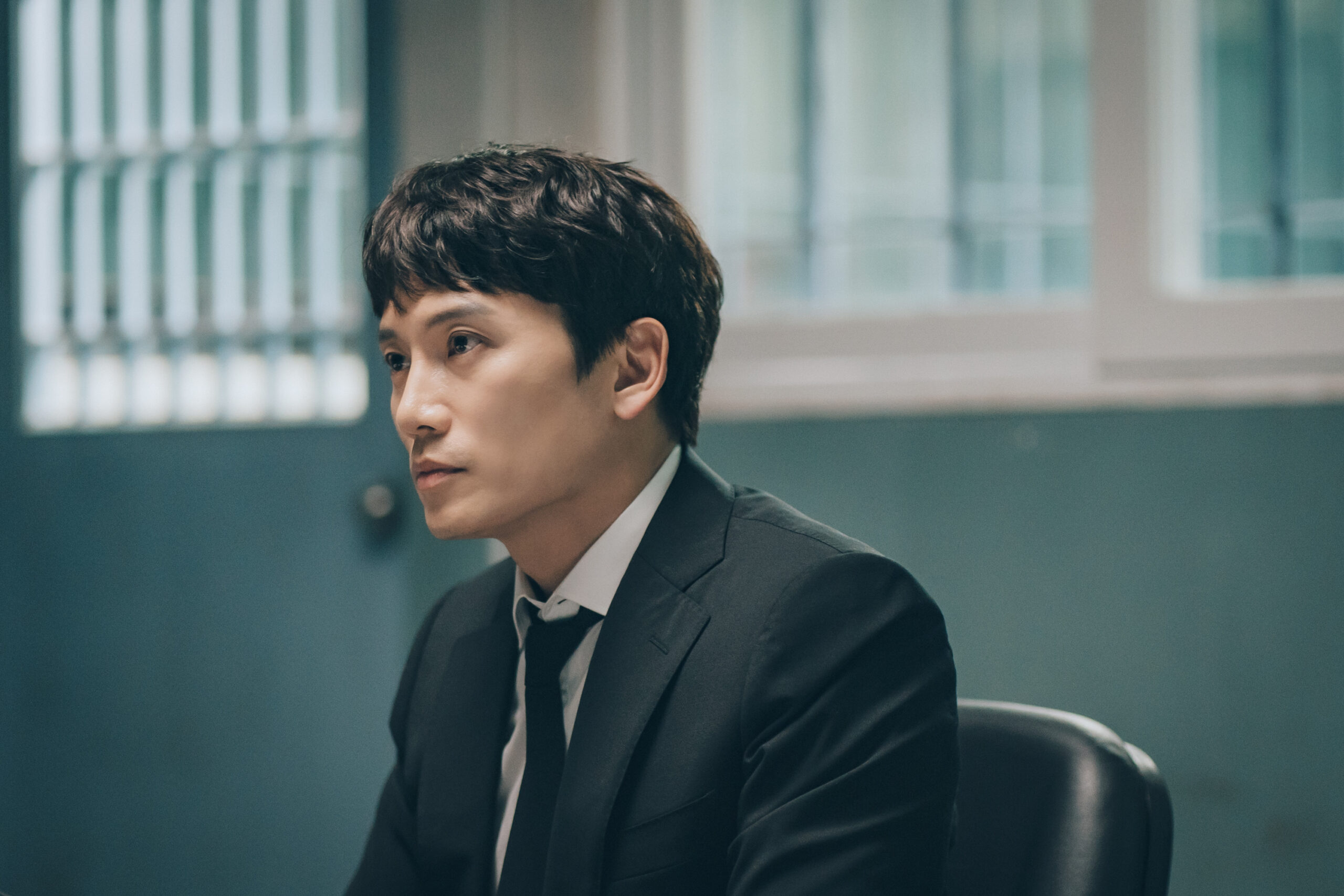 The drama revolves around two twin brothers who are in search of the truth behind a conspiracy that saw their biological father falsely imprisoned for a murder he didn’t commit. Determined to uncover the truth, the twins (Ha Woosin, a mystery novel author, and Song Suhyeon, a prosecutor) use their collective skillsets to seek out the real murderer while tracking down ADAMAS – a blood-covered diamond arrow that is the key to unravelling the entire conspiracy.

The narrative structure of this investigative thriller is truly fascinating. What makes this series stand out from other dramas is that “it’s hard to define the exact genre of this series or just use an adjective to describe it”, as quoted by Director Park during the drama press conference. For those who love to dissect each and every scene, this drama will surely be thought-provoking.

“In some parts, it’s a mystery thriller, and in others, it’s packed with adrenaline-fueled action—not to mention certain parts that are reminiscent of a film noir.” – Director Park Seung-woo 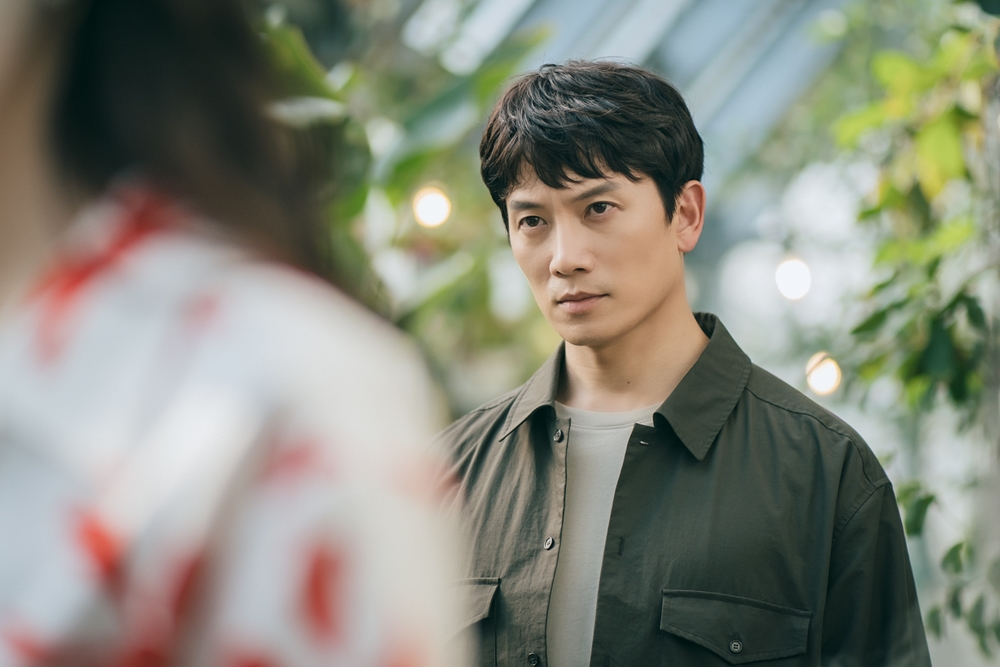 The Actors on ADAMAS

Lead actor Ji Sung mentioned in the drama’s press conference that playing two roles itself is very attractive to him as an actor, to begin with. The story of the twin brothers’ struggle to save their father and clear his false charges really stood out for him in ADAMAS.

Having played multiple roles before, one of which he notably played seven characters at once in “Kill Me, Heal Me”, Ji Sung stated that he didn’t base his performance this time on the experience in his previous work. He believes that it’s a completely different role and new experience this time round, because back then, he was playing a person with a multiple personality disorder, whereas in ADAMAS, he had to show what was unique in the identical twin brothers.

“They shared a lot of similarities, and yet were different in subtle ways, and to bring those out on screen had its difficulties. I found myself getting immersed in the brothers’ world and the beauty of their characters as I spent more time with them. And not to mention, there’s Adamas, the diamond arrow at the heart of the series, and the quest to find it. They are the fantastical elements of the show with their own appeal. I was certainly fascinated by the brothers’ journey throughout.” – Ji Sung 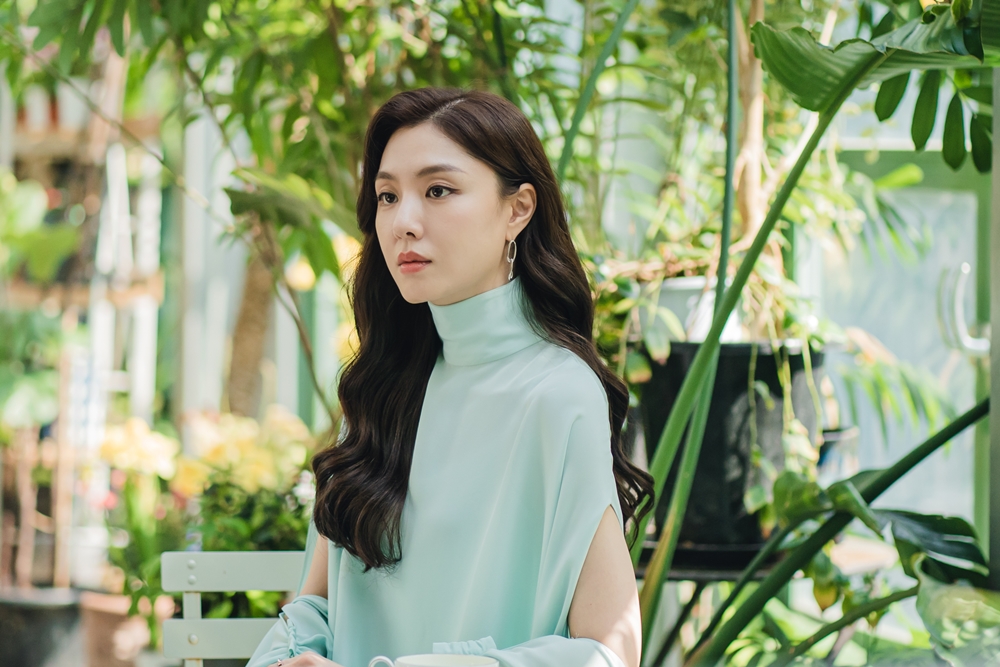 Seo Ji-hye will be playing Eun Hye-soo, the daughter-in-law of Haesong Group’s CEO. In the drama trailer, she boldly states, “Nothing is illegal in this household. Anything is possible.” In ADAMAS, she plays a cold and secretive character who will try to ruin the Haesong Group.

“ADAMAS boasts a wide range of diverse characters, who carry their own secrets. As those secrets get revealed one by one, viewers can see the bigger picture and why certain events have unfolded the way they have; that’s one of my favorite elements about the show. It keeps you on your toes being curious as the story progresses and reveals new things, bit by bit. I believe that’s what makes our show stand out.” – Seo Ji-hye 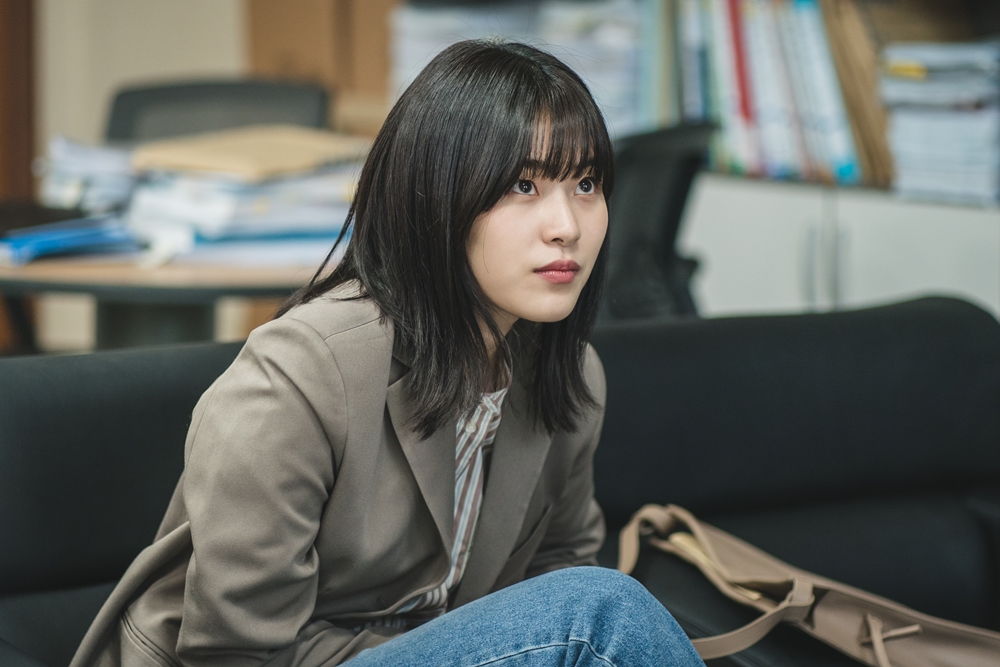 Lee Soo-kyung, who plays news reporter Kim Seo-hee in ADAMAS, shared during the press conference that her character’s occupation and the secrets she holds are quite intriguing, “I was first attracted to Seo-hee’s profession. And then there was her secret, which made her more than what meets the eye.”

The actress further comments on her character, “She’s also tenacious, and keeps her eyes on the goal. I think that’s our biggest difference: she’s got grit, whereas I give up too easily. If she were my friend, I’d tell her to cool down and think before she acts.” 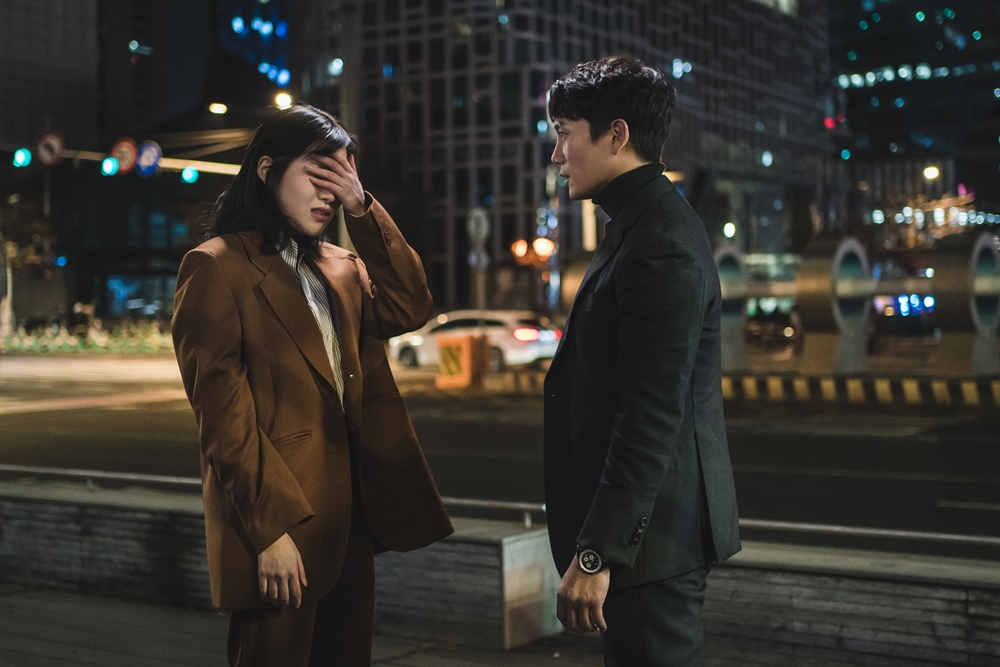 Describing the action scenes as unexpected, Lee Soo-kyung confesses that she was taken aback by the amount of pure physical work that was required as she had to run a lot in the drama. It wasn’t particularly challenging for her, but this experience was definitely something new. She also praised Ji Sung for guiding her with advices on appearing better on camera in such scenes.

“Jisung understands not only the perspective of us actors, but also that of the technical crew; he’s very knowledgeable in that area. So his advice always comes from the omniscient POV, and tells us what would look best in the final product.” – Lee Soo-kyung 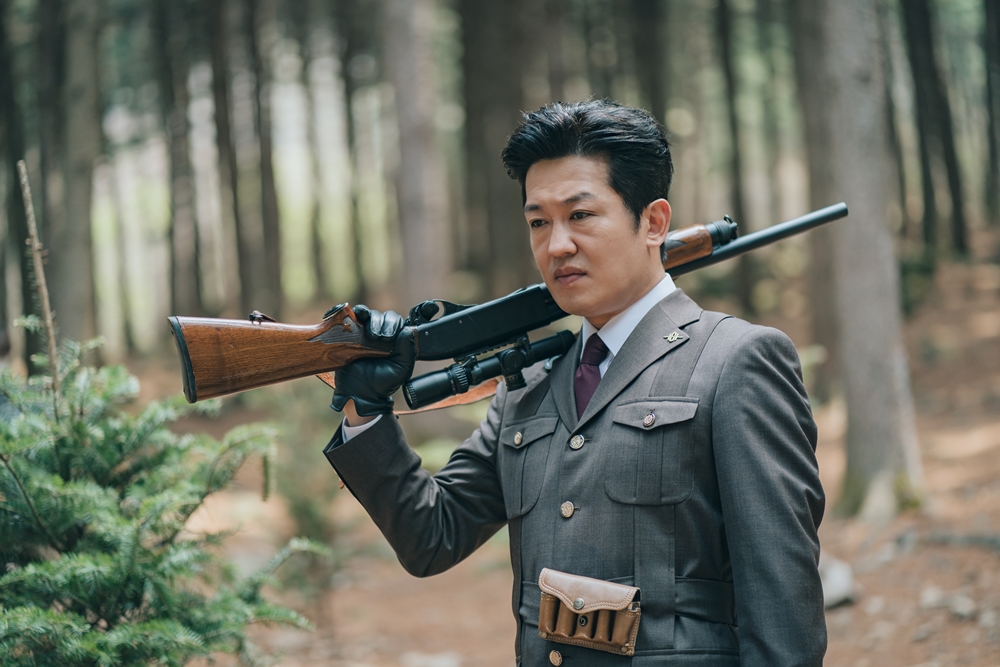 On the other hand, Heo Sung-tae will be playing Chief Choi who will appear as a very strong character in the drama. According to the actor, this is the most sophisticated character he ever played in his acting career. When asked to choose his favourite parts in ADAMAS, Heo Sung-tae describes, “The writer Woosin and Chief Choi’s chemistry, their teamwork for the shared goal, and what you’d call a bromance—these would be the selling points of the show.”

And the one thing that viewers should never miss out? The actor confidently exclaims, “Get ready for some blood-pumping action!” 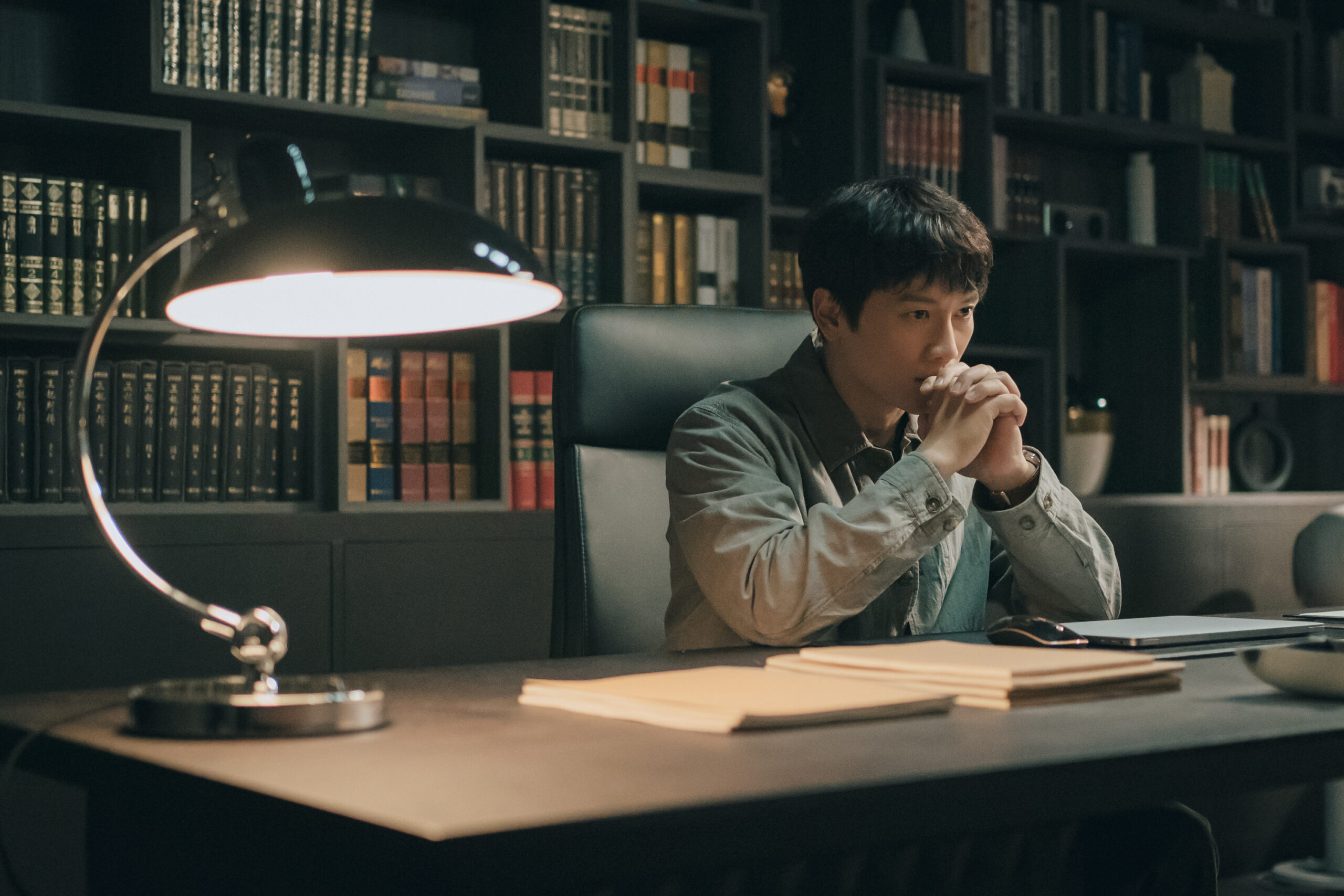 What To Expect in ADAMAS

Aside from the amazing action scenes and Ji Sung’s impeccable acting, as usual, there are also other amazing actors that gave their best in this drama. Each actor has a distinct character and because of that, the ADAMAS storyline has been made richer. As shared by Director Park, a lot of attention have been paid to the post-production work, including music, hence viewers can also look forward to the official drama soundtracks, which will definitely make the drama even more enriching.

Start streaming ADAMAS now on Disney+, with new episodes in every Wednesday and Thursday.