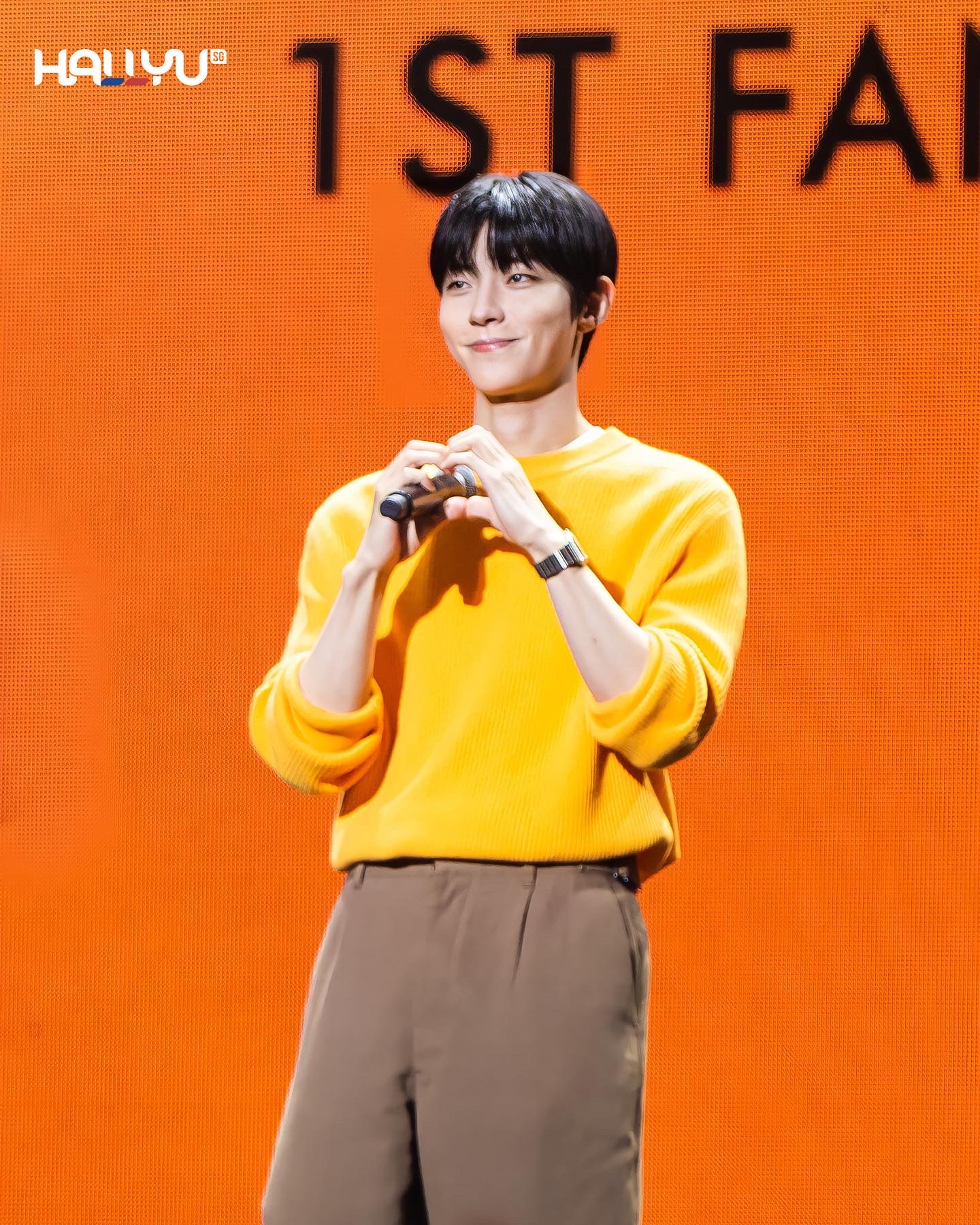 It may be Hwang In Youp’s first overseas fan meet, but the actor knew how to steal the hearts (and breaths) of many Singaporean HIYILYs from the get-go. The almost two-hour show was power-packed with many exciting events–from heartfelt singing to up-close, personal moments with the 31-year-old heartthrob. And if there was one thing the Korean star made obvious that night, it was that he was all about his overflowing love for his fans. 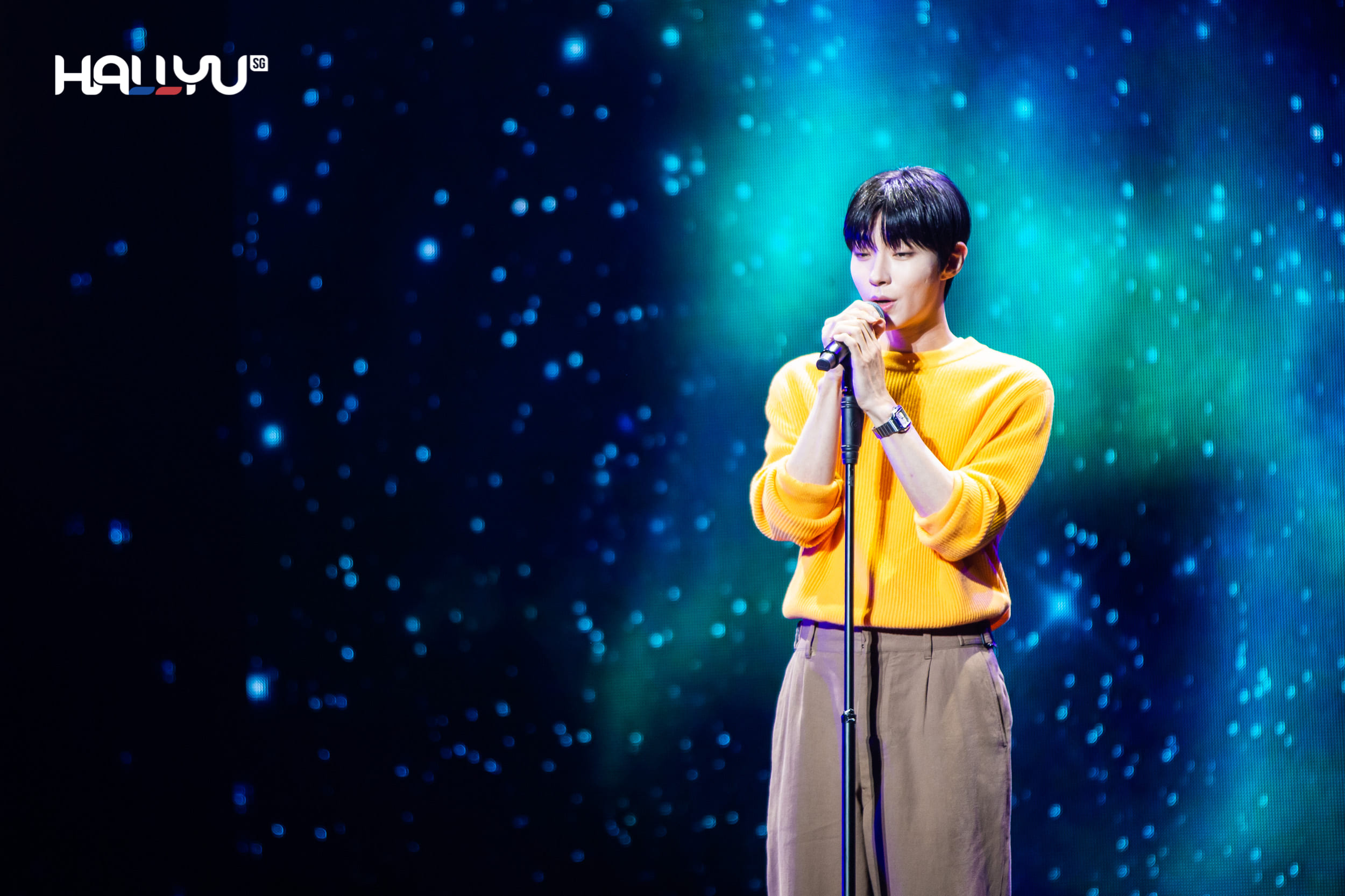 Hwang In Youp made his long-awaited entrance to the stage with a sweet serenade of It Starts Today, a True Beauty OST. The crowd was definitely full of pent-up energy as sharp, passionate roars immediately swept through the entire Capitol Theatre as soon as the fan-favourite began its tune.

Dressed in a bright orange pullover, fitting to the night’s theme, the 18 Again actor greeted fans with a bright, cheerful smile as soon as the melodic performance came to an end. Though it was his very first visit to sunny Singapore, the sea of fans were already up and eager to reciprocate the greeting. 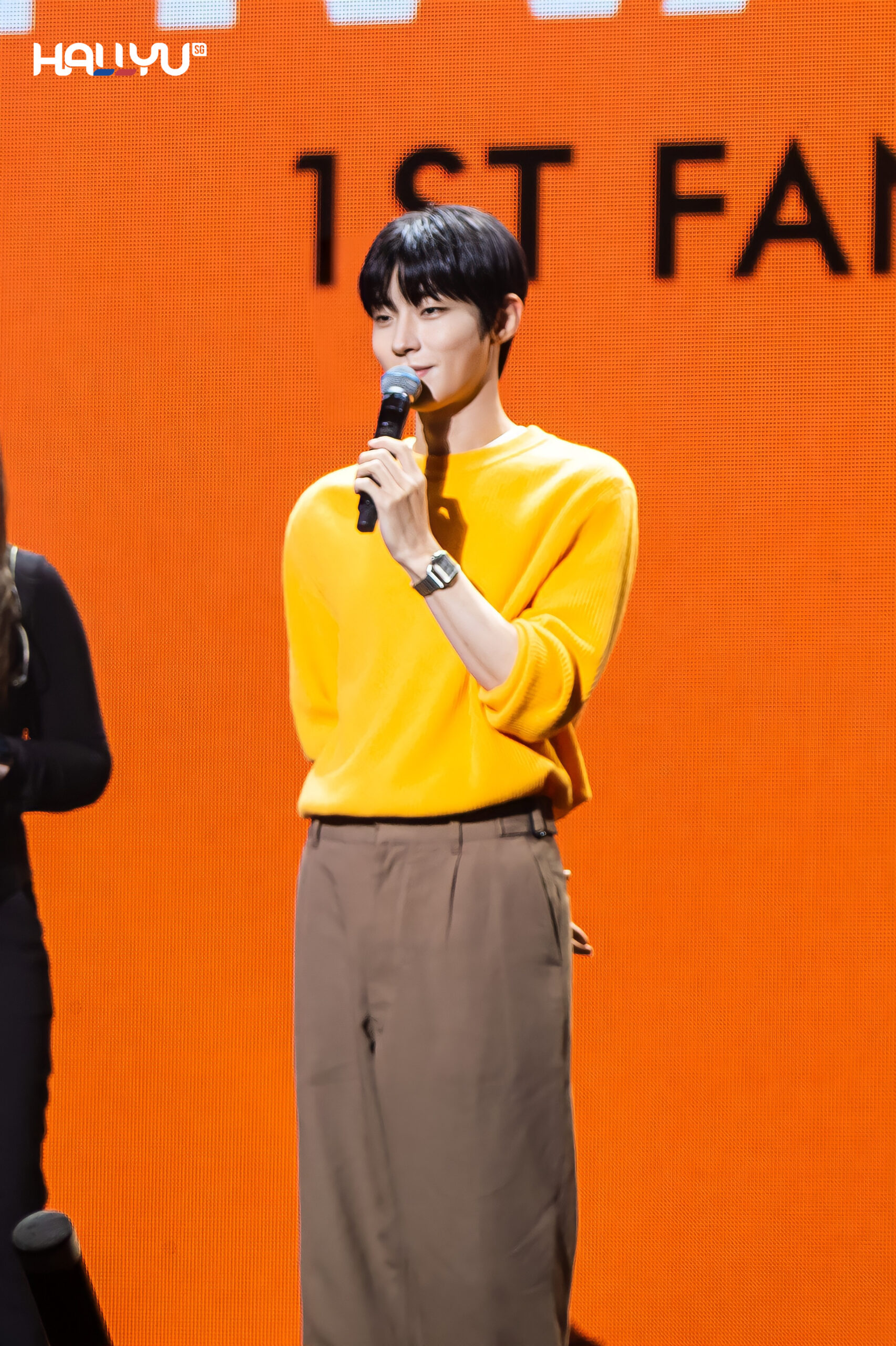 There were many segments on Saturday night’s show which got the fans going. At one point, we saw Hwang In Youp’s knowledge on Singapore being put to the test, and we also got to see him sincerely answering some burning fan requests and questions.

We also saw a side to the actor that could only be seen off-camera–an exclusive behind-the-scenes vlog that showcased how Hwang In Youp enjoyed his free time. And during the In Youp’s Filmogram segment, the actor even took his fans on a walk down memory lane when he dove deep into his filmography and started sharing some stories from the dramas he previously acted in. 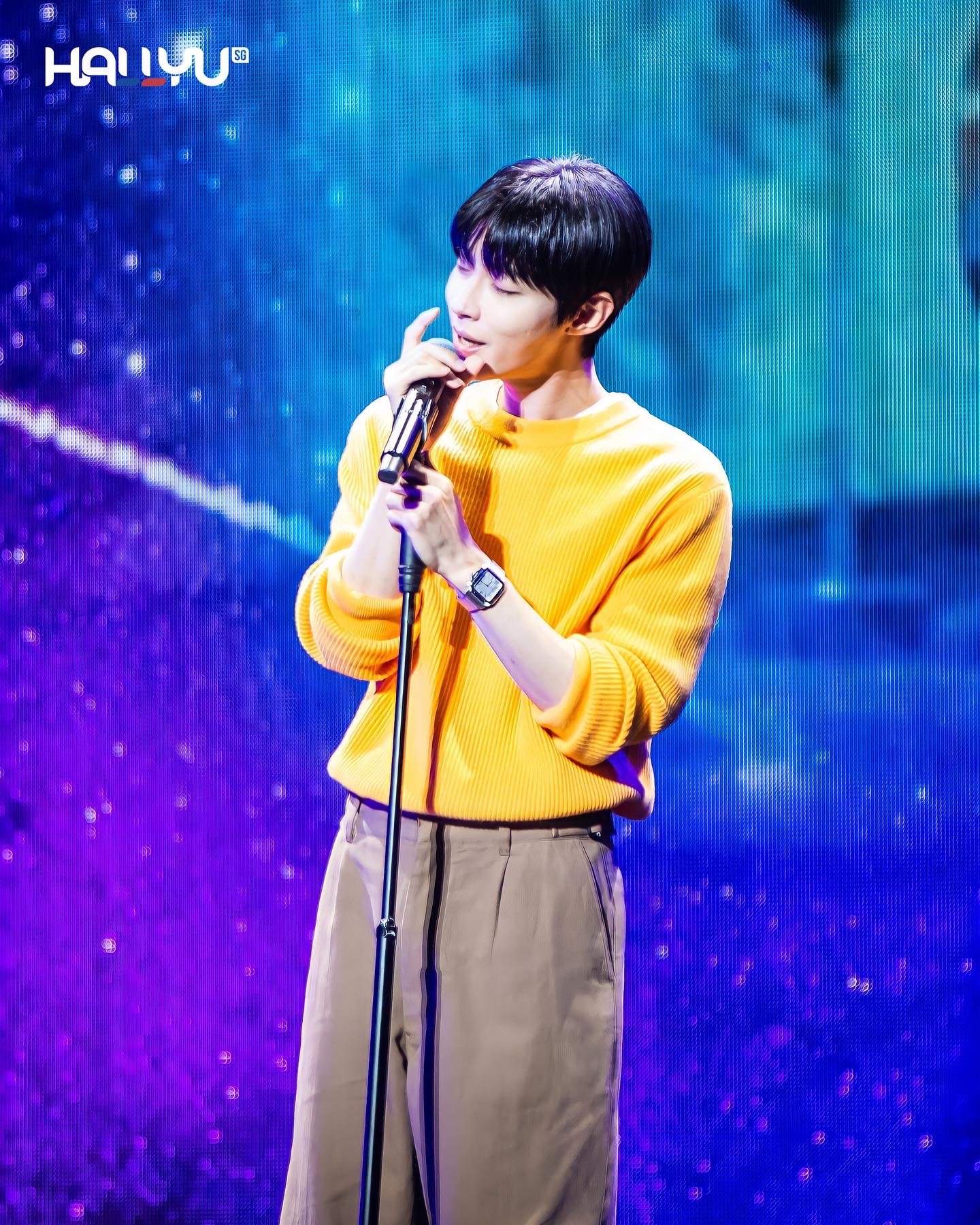 Ending off the night, the actor-slash-amazing-vocalist presented fans with another performance. This time of I Mean It, an OST from a recent drama of his, The Sound of Magic. It was the perfect, heartwarming end to the otherwise exciting, high-tension night. Like the brilliant actor he is, Hwang In Youp constantly shone brightly on stage and we’re sure fans were melting at the sight and sounds of the actor the entire time!

If we had to describe Hwang In Youp in one phrase, we would say that he is a gift that keeps on giving. From surprising lucky fans with personalized, handmade gifts, to proactively handicapping himself during the game segment, and even asking stage crews to remove the glass panels separating him from his fans during the hi-bye session. There are so many things to love about this guy, and we found ourselves quickly enamoured by his thoughtful gestures. With that thought in mind, we can’t wait to meet Hwang In Youp in Singapore again someday. Till then, we will recuperate from our post-fanmeet-high by going on a Why Her marathon.

(Special thanks to IMC Live Global for the media invite)