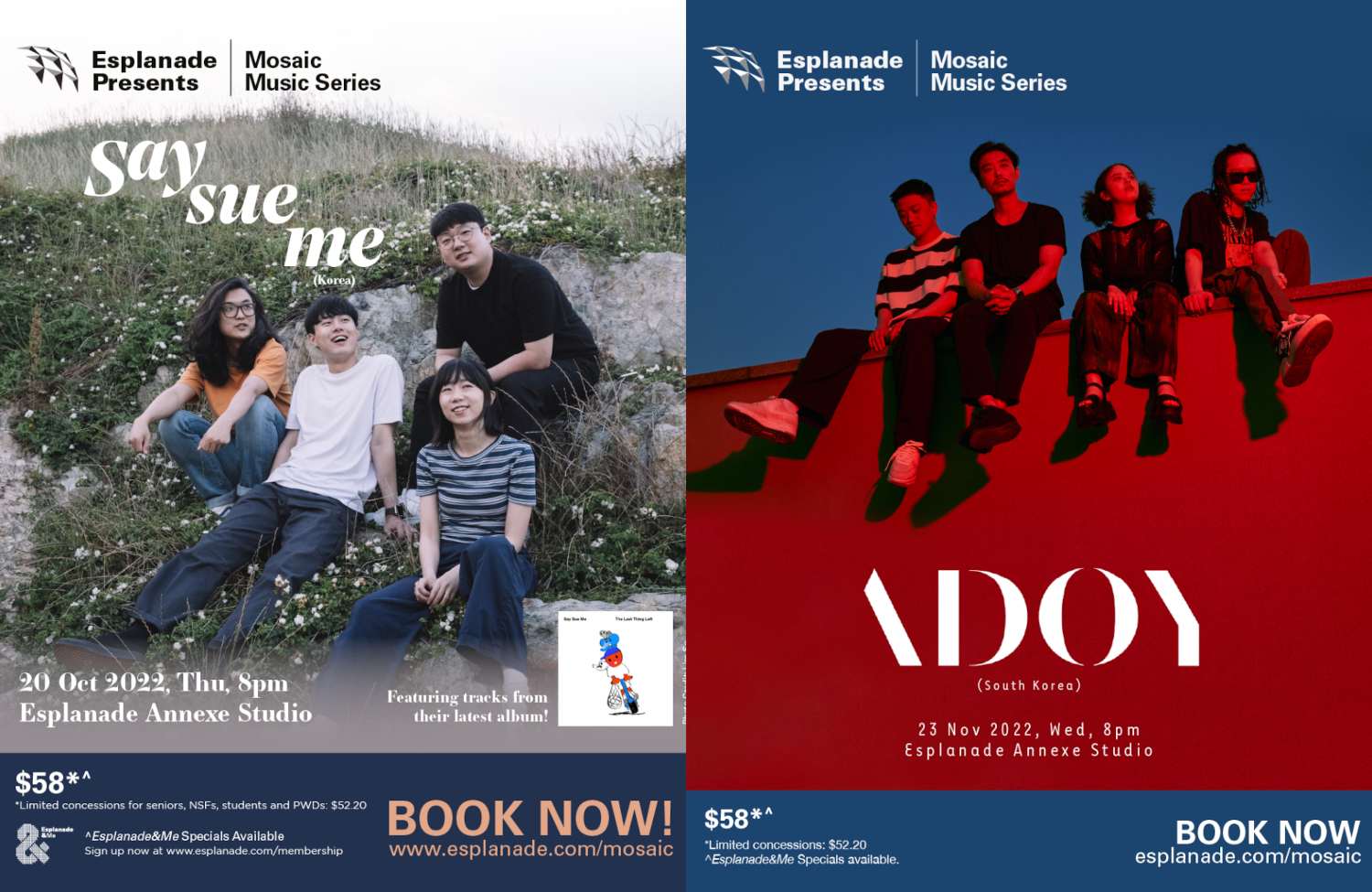 As part of Esplanade’s efforts to inspire the music community, Mosaic Music Series will be presenting a line-up of concerts that feature local and international musicians from various genres which includes artistes such as Linying (Singapore), Say Sue Me (South Korea), ADOY (South Korea), Phum Viphurit (Thailand), Meitei (Japan), and more.

Hailing from South Korea, K-indie bands Say Sue Me and ADOY will be performing in October and November respectively. Cited as one of 2018’s break-out bands, Say Sue Me is a surfinspired indie rock band from Busan. The band comprises Byungkyu Kim on lead guitar, Sumi Choi on vocals and rhythm guitar, Jaeyoung Kim on Bass and Sungwan Lim on drums.

Say Sue Me has played at numerous international festivals, including the renowned South by Southwest (SXSW) Music Festival. In 2019, the band was nominated for five Korean Music Awards, going up against BTS in three major categories and ultimately winning two. K-drama fans may also find them familiar as the band has released OSTs such as So Tender (Nevertheless) and My Heart (Yumi’s Cells). They will be making their Singapore debut on 20th October at the Esplanade Annexe Studio. Tickets are priced at S$58, available for booking here.

Their debut full-length album Love was released in 2019, propelling them to household name status in South Korea as they played to a 2,000 strong sold-out show at the prestigious Yes 24 Live venue. In 2021, ADOY released their new EP Her which spun the singles Baby and Simply, with the latter attracting more than two million views on YouTube in less than a month.

The band first played in Singapore in 2018, and they will be returning with an upgraded setlist this time at the Esplanade Annexe Studio on 23rd November. Tickets are priced at S$58, available for booking here.

AOMG Kicks Off Their ‘Follow The Movement’ World Tour in Singapore

IU Gets Fans Excited with Announcement of “Love, Poem” Tour Concert, To Perform in Singapore on December 7