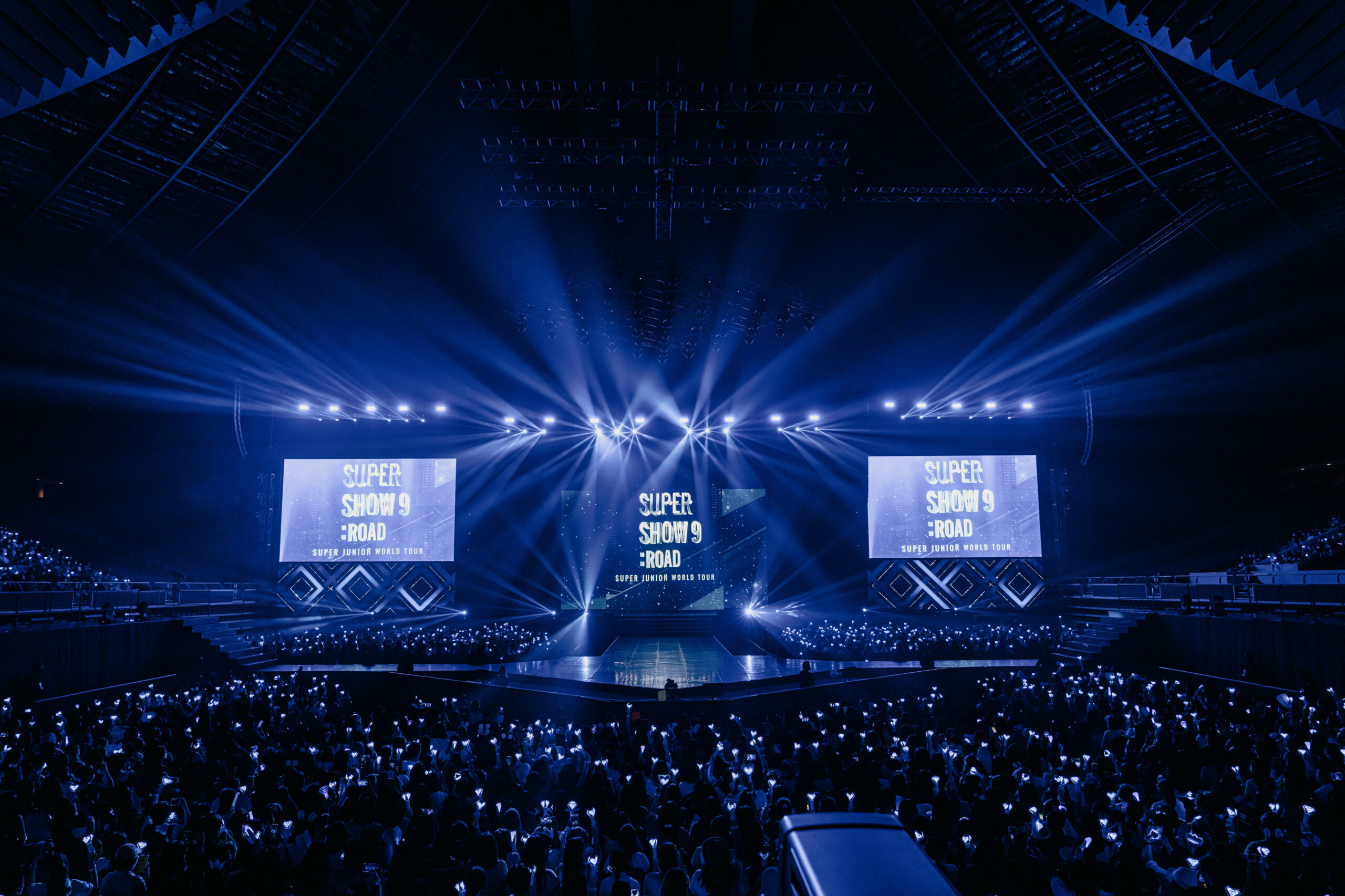 One of the longest running idol groups in the K-pop industry, Super Junior needs no further introduction. The Hallyu kings returned to Singapore Indoor Stadium on 3rd September as part of their 6th world tour and 9th international tour, gifting their fans a heart racing 3-hour show that left the audience only wanting more. 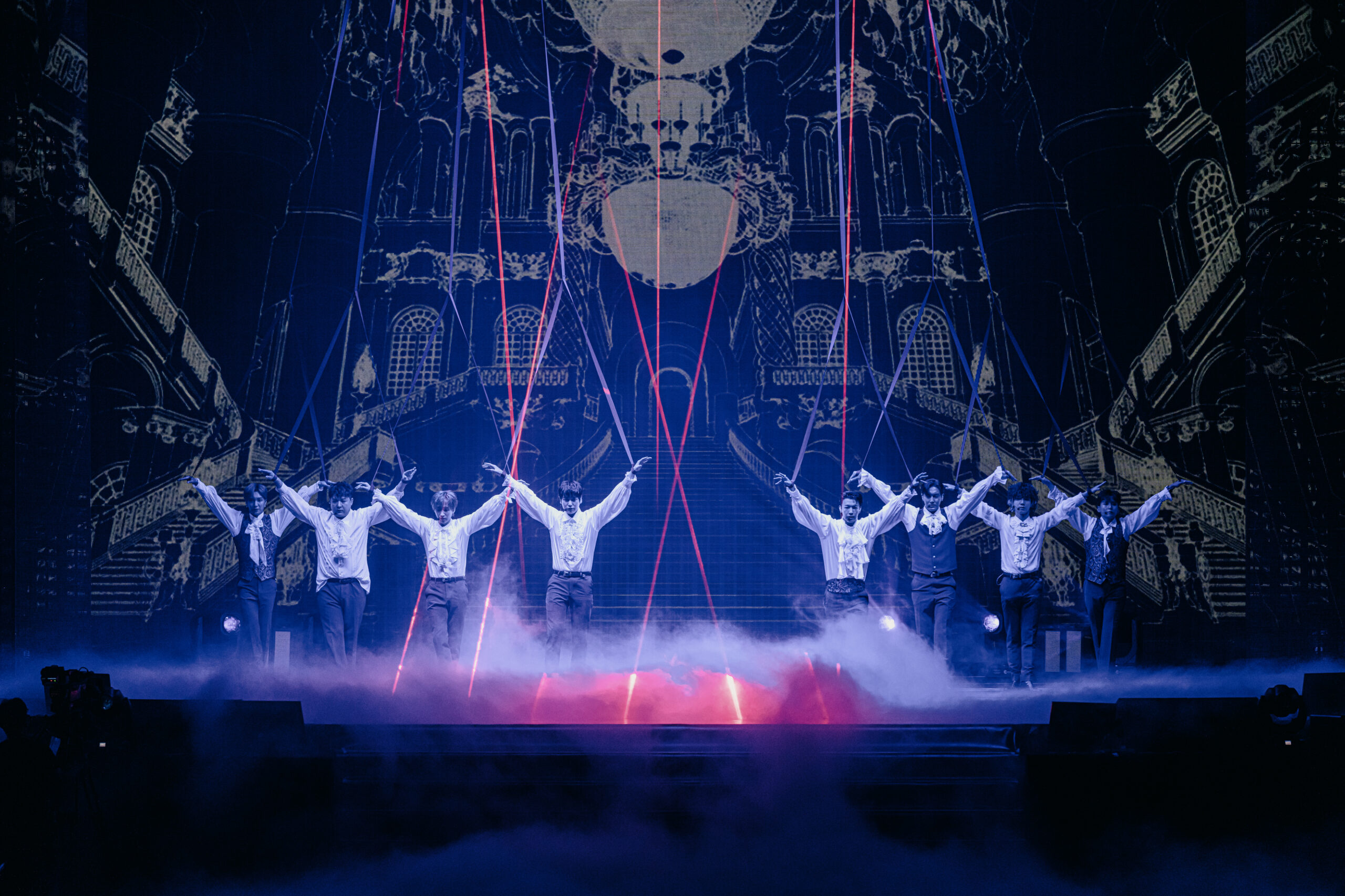 Their opening act, Burn The Floor, was much anticipated, as I recall the song’s MV being one of the most mesmerizing music videos I have ever watched. The stage performance was exceptionally hair-raising as the combination of opera-like music, ballet-like choreography and intentionally curated hand-lights draws one into almost a trance, before jolting one into a fiery powerful stage of The Crown and Super. 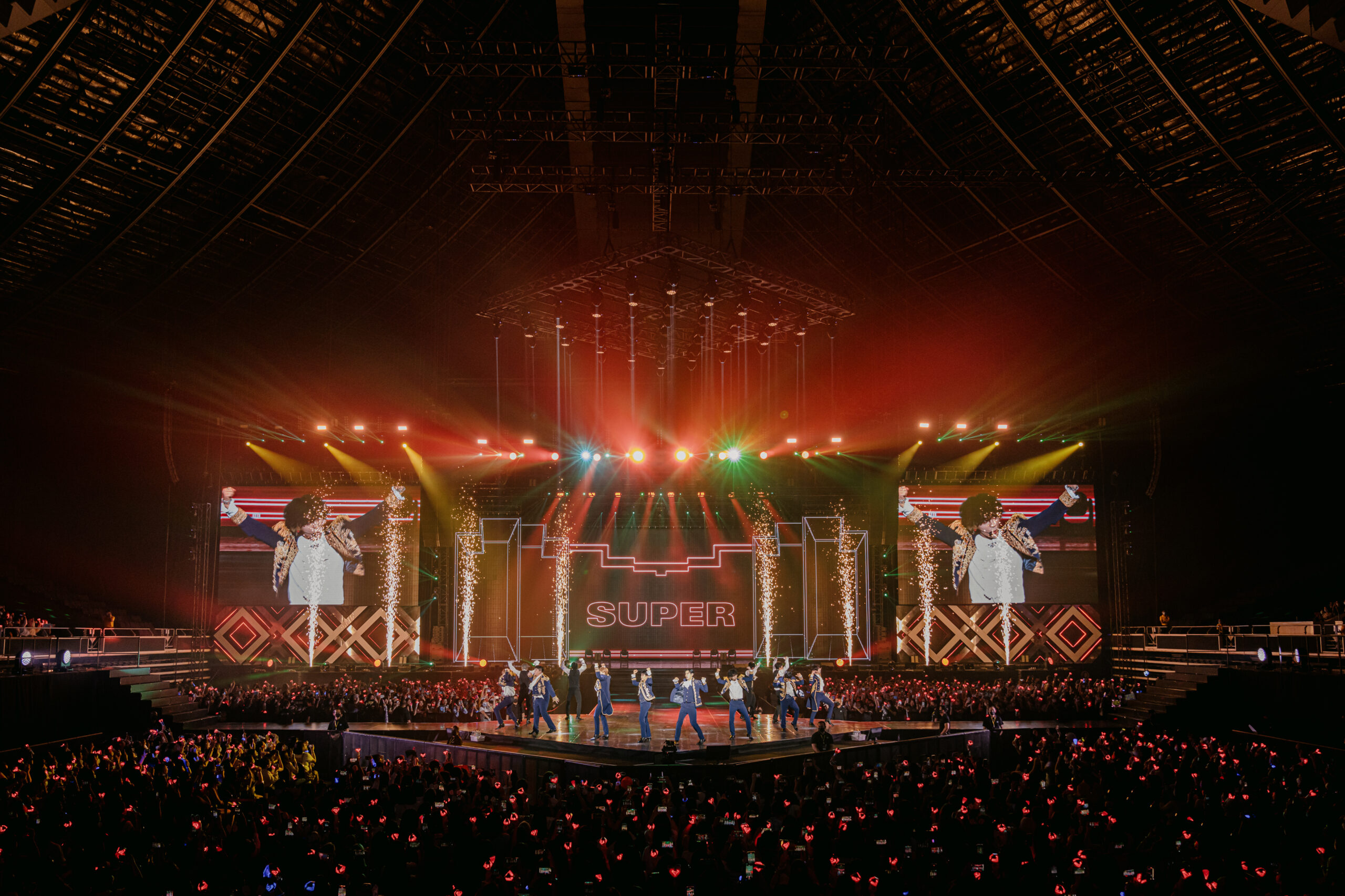 With performances being only on the main stage thus far, the Mr Simple stage then sees the 8-member group’s walk to the extended stages, a move welcomed by more fan roars from the seated fans on the stands.

Kyuhyun’s especially elaborate waves, wanting to send hellos to every fan of the audience if he only could, fueled more screams to the fans’ delight. The energy from the stands is of no surprise, coming from fans who have waited four years (since the last Super Show) to see their favourite idols in their country once again. 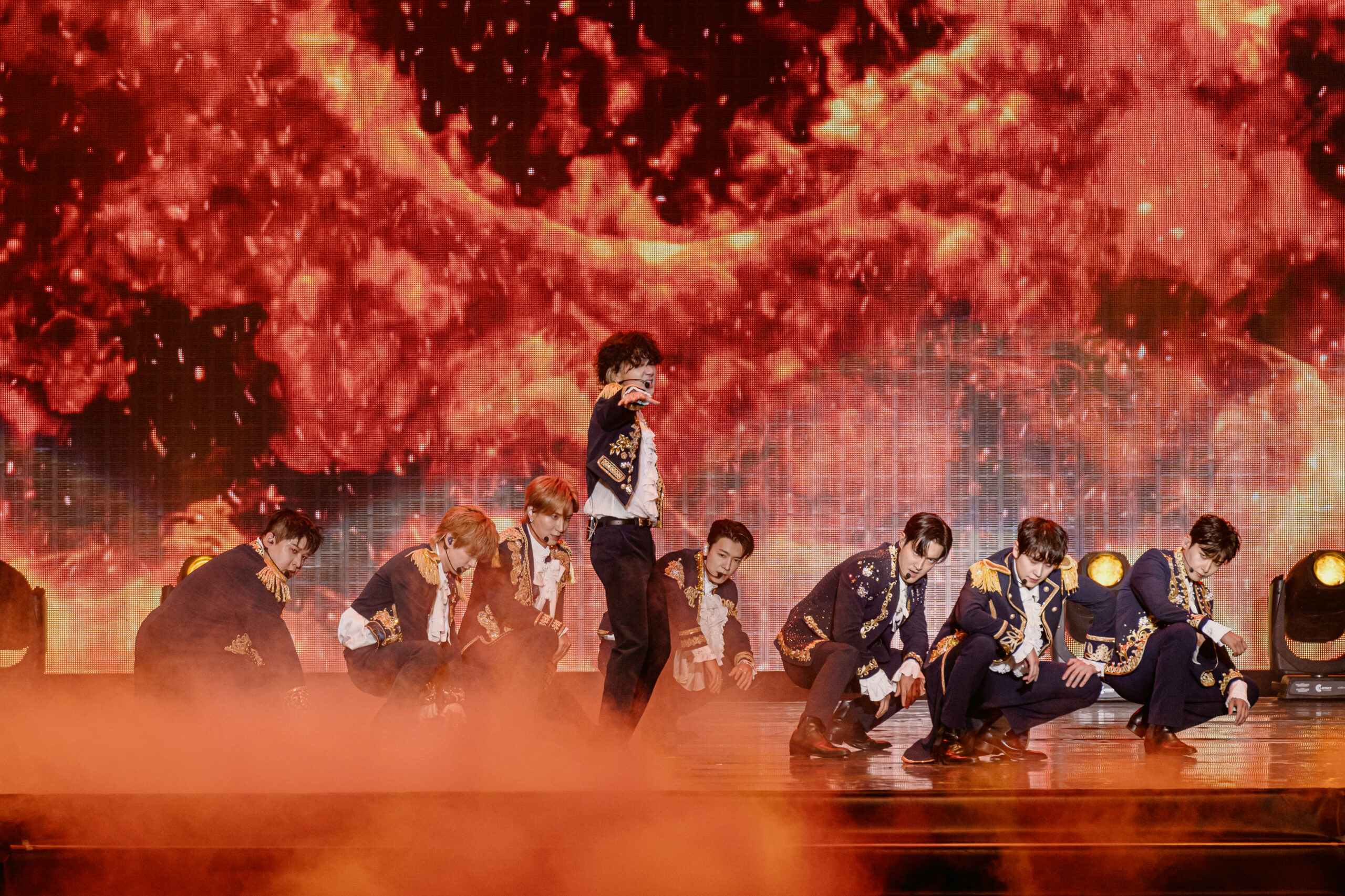 The next sequence of songs – Ticky Tocky, Paradox, and Mystery, was an impressive blend of sensuous-themed melodies which could send chills down one’s spine if one allows themselves to be absorbed in these stages.

These songs from their 9th and 10th albums were performed for the first time in the SS9 tour series, a segment I hope they will not omit from their setlist in the upcoming SS9 stops. 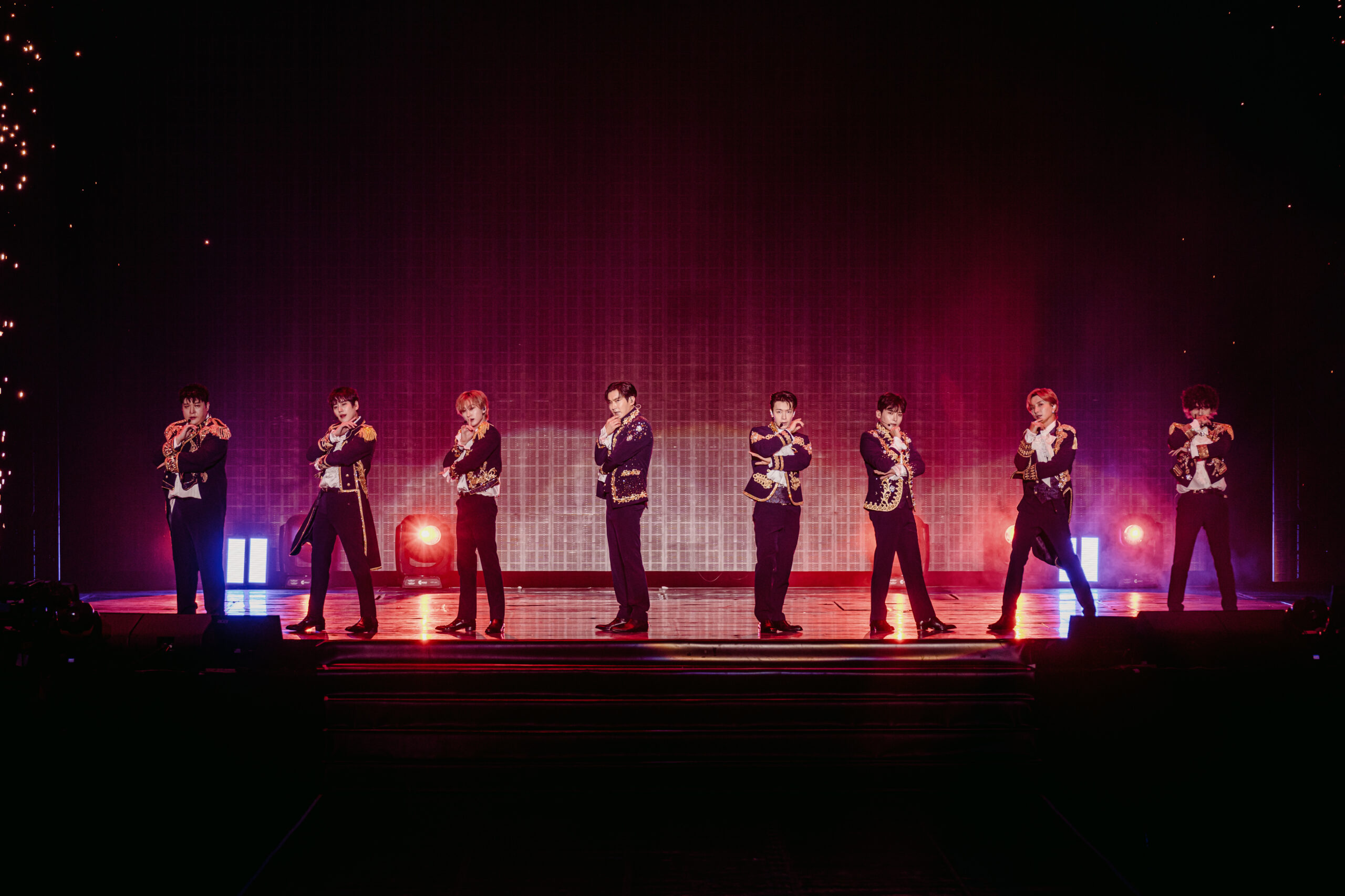 Super Junior then takes a break from their heart-pumping stages to greet the fans in the first ment of the night. Donghae proved their global status by fluently giving a multilingual greeting in English, Mandarin and Korean, expressing just how much he missed Singapore ELF and how he was so glad to be back in the country.

Kyuhyun further tickled the audience with an impressive mix of Singlish, Hokkien and Mandarin, “Hosehbo! We super long never meet liao.” Eunhyuk recalls the last time he was in Singapore touring the country on his own, mentioning how he remembers Singapore being a beautiful country. He ends the ment with his iconic Singlish infusion, “Thank you la! I love you la!” 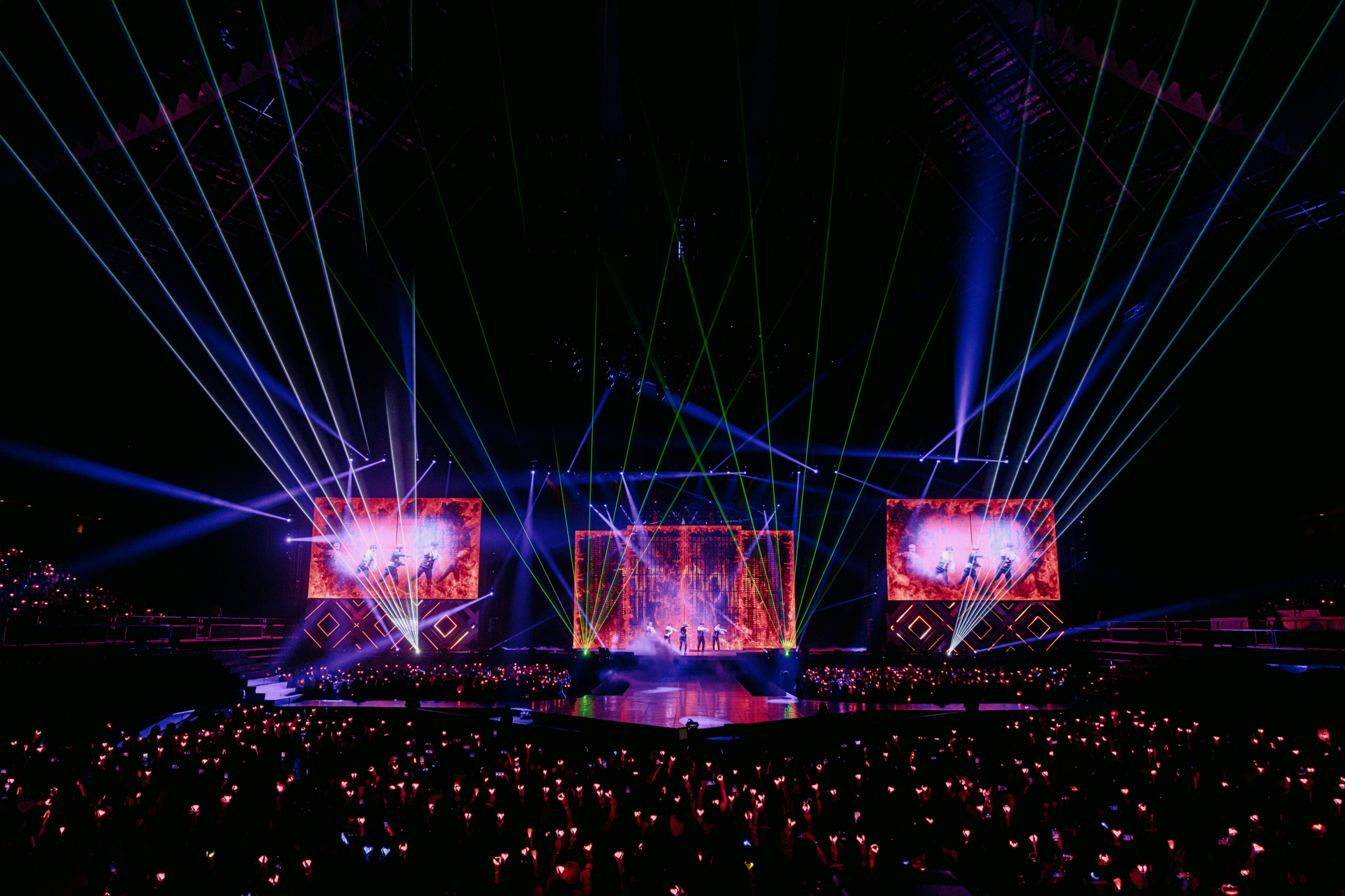 Fans were then served with Super Junior-K.R.Y.’s sweet voices in I Can’t. The members return for Believe, a stage that was added specifically to Singapore’s setlist.

The 2nd ment of the night saw more teasings from the members, requesting Yesung to speak only in English, resulting in the audience bursting into laughter again. Super Junior’s My Wish stage had ELFs witnessing Eunhyuk particularly mentioning ELF in his adlibs, as a way of thanking the fans. Indeed a heartwarming split-second scene for the fans who were particularly concerned for Eunhyuk that night. 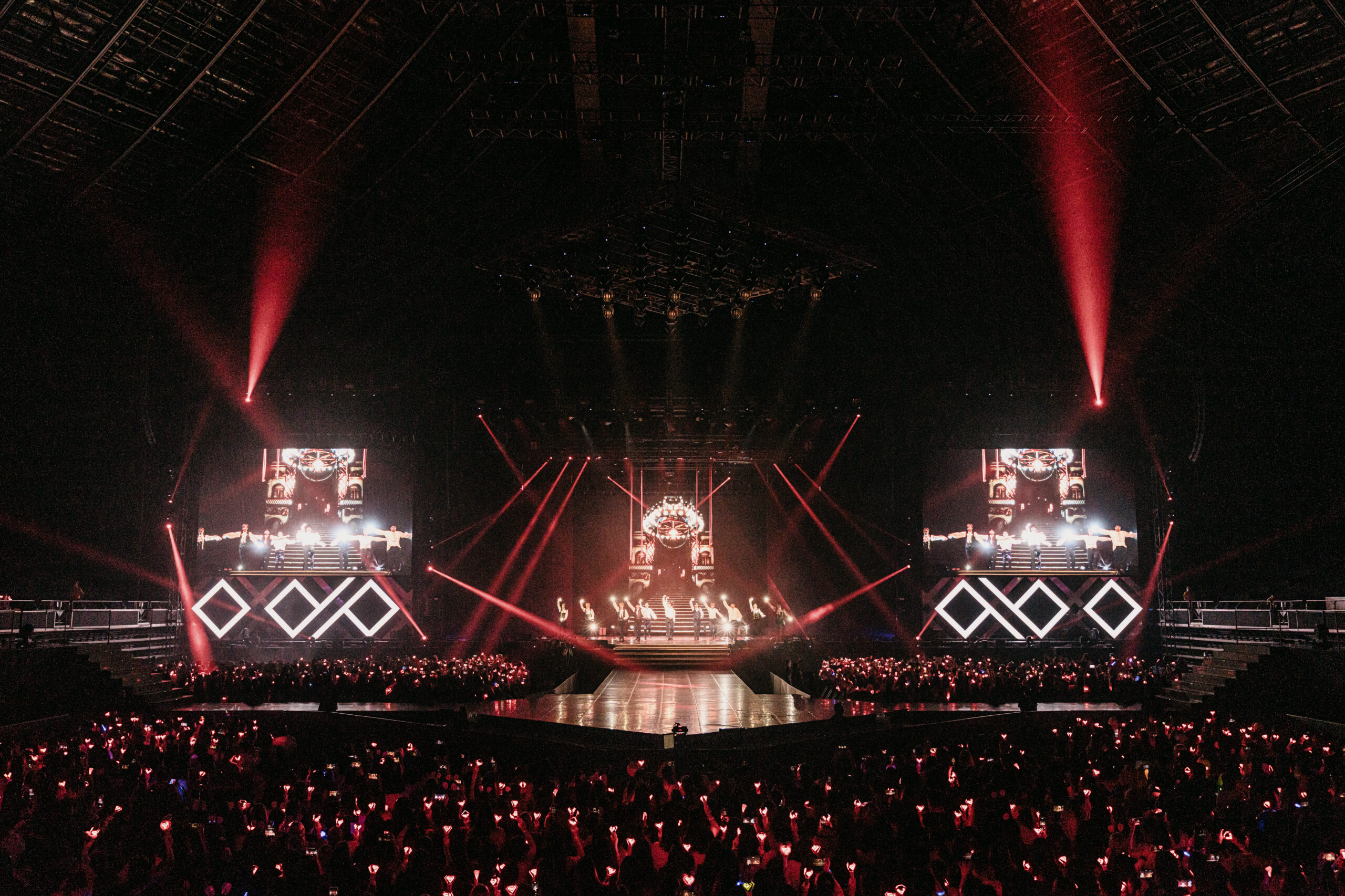 As if their ments were not enough to spur laughters from the audience, Super Junior transformed into classical musicians in their VCR, stumbling over names such as Vivaldi, Kyu-zart and Dong-thoven.

Unrivalled in their comedic acts, a signature segment in their super shows, Super Junior parodied the historic musicians while performing mash-ups of SPY, Rokkugo and Mamacita. The members even find themselves cracking up at each other in this segment; scenes that ELFs will remember fondly of, knowing their idols enjoyed themselves on stage too. 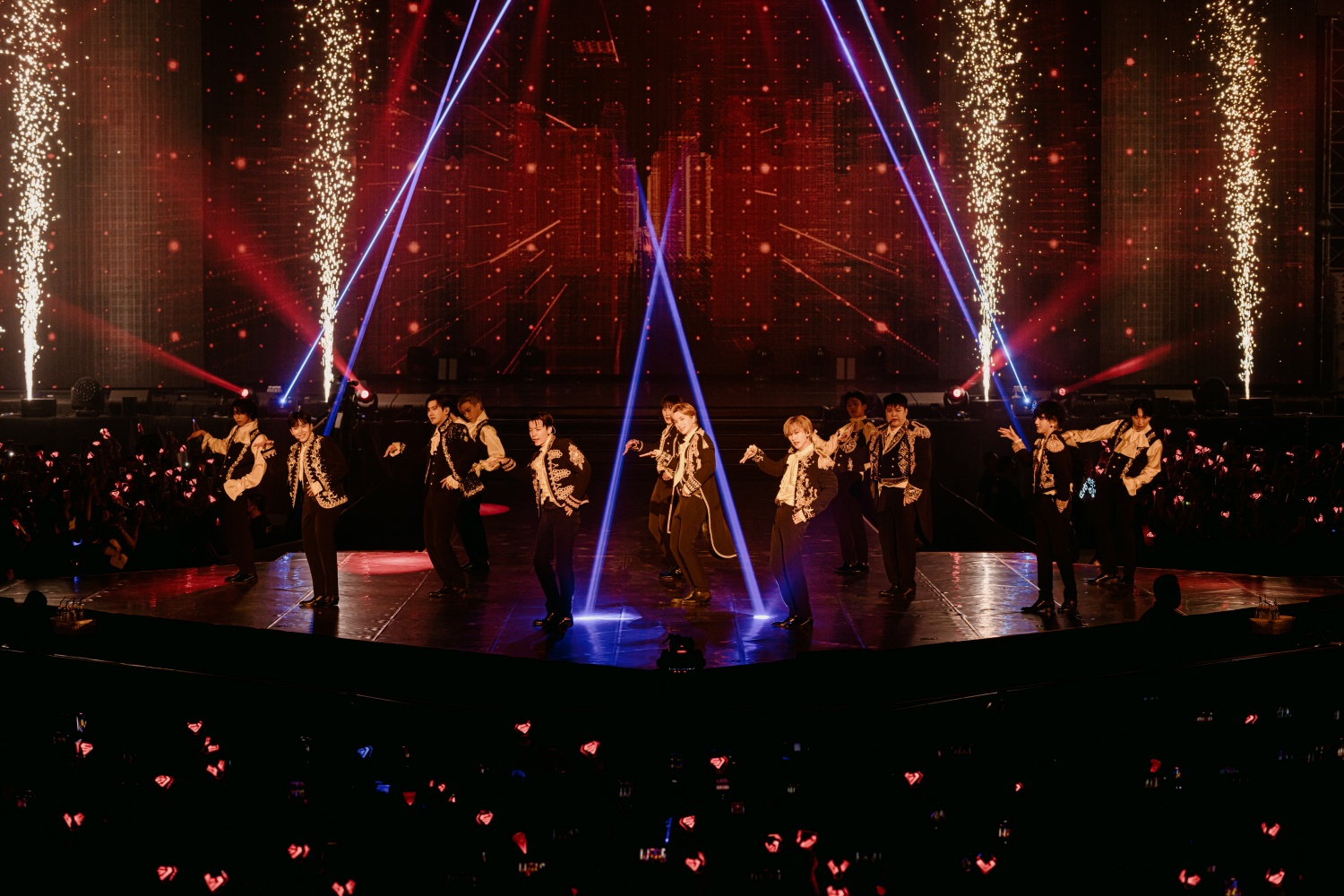 The next segment livened up the evening with performances both on the main and mid stages namely Latte, House Party, Everyday, Wonderboy and Let’s Dance. The atmosphere got hotter with what could be the pinnacle of the night – Super Junior belting their crowd favourites including Devil, Danger, Black Suit and their latest title track – Mango.

By now, the audience were all on their feet, readying themselves for Sorry Sorry and Bonamana, staple songs in every Super Show, songs that every single 2nd-gen K-pop fan would have been acquainted with. 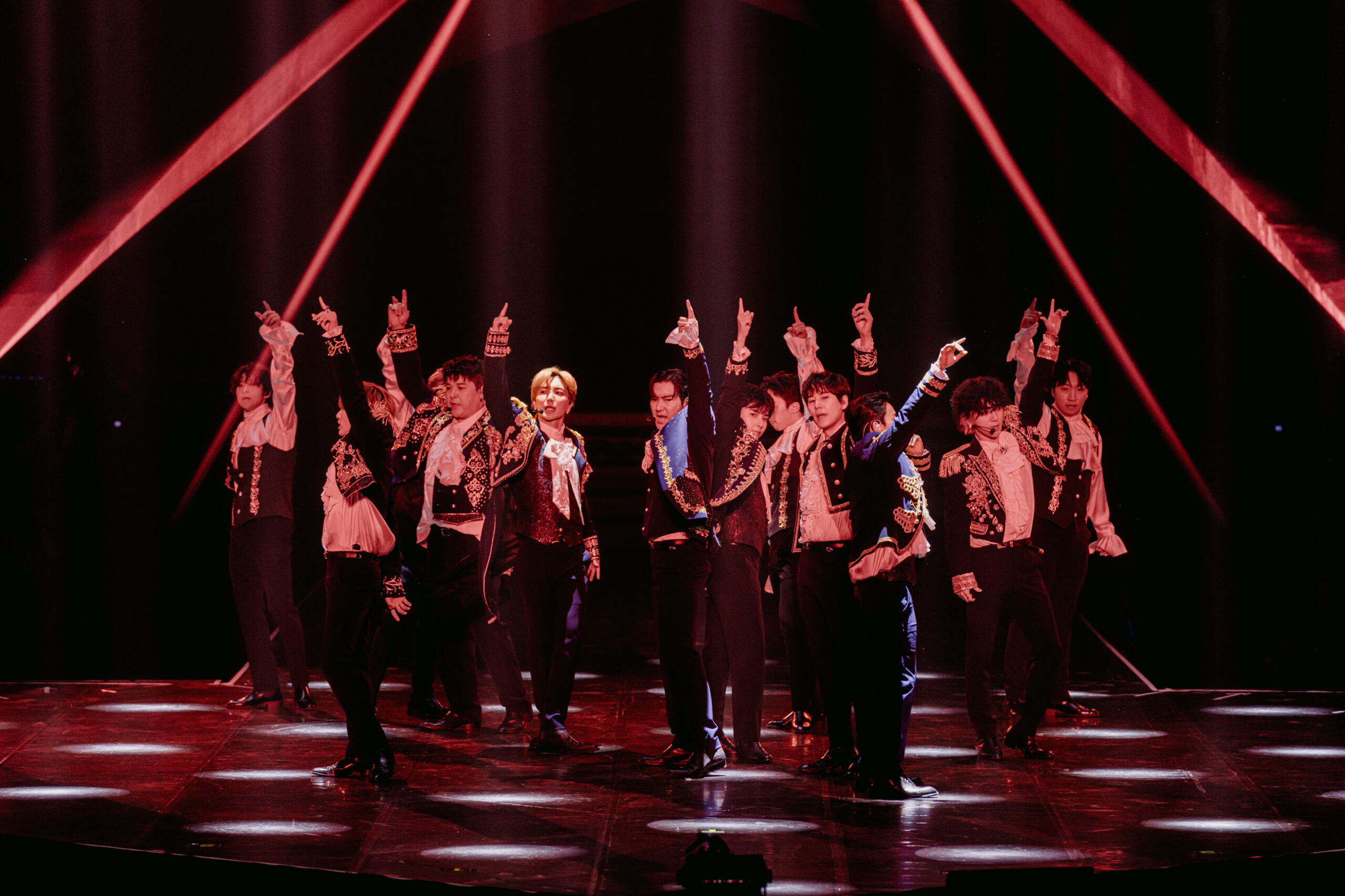 In the encore segment, Super Junior reaches out to fans throughout the stadium with heartfelt tunes like More Days With You and Walkin. I could not help thinking how the choice of these songs in this segment reflect how much thought has been placed in the direction of the show. It ties in well with the meaning of their latest album title The Road: Keep On Going, portraying Super Junior’s continuing path, and endless journey alongside their fans.

In their closing ment, Ryeowook shared how he is concerned seeing his members being tired backstage, and Eunhyuk related their worries of how they would not fill concert venues. Seeing the fans that night have indeed comforted them, with Leeteuk later adding how they are the only SM act with 11 albums in their discography, leaving fans beaming with pride.

Belting 25 songs in no less than 3 hours, these kings cleared any doubts that age may have caught up with them. Presenting their fans with their comedic acts and relentless teasing of one another, this legendary idol group has little to worry. A good mix of nostalgia infused with hope and promises, Super Junior ends the night with Happiness, a song that left 7,500 fans bouncing in every step as they head home.

(Special thanks to ONE Production for the media invite to SUPER JUNIOR WORLD TOUR – SUPER SHOW 9 : ROAD in Singapore)