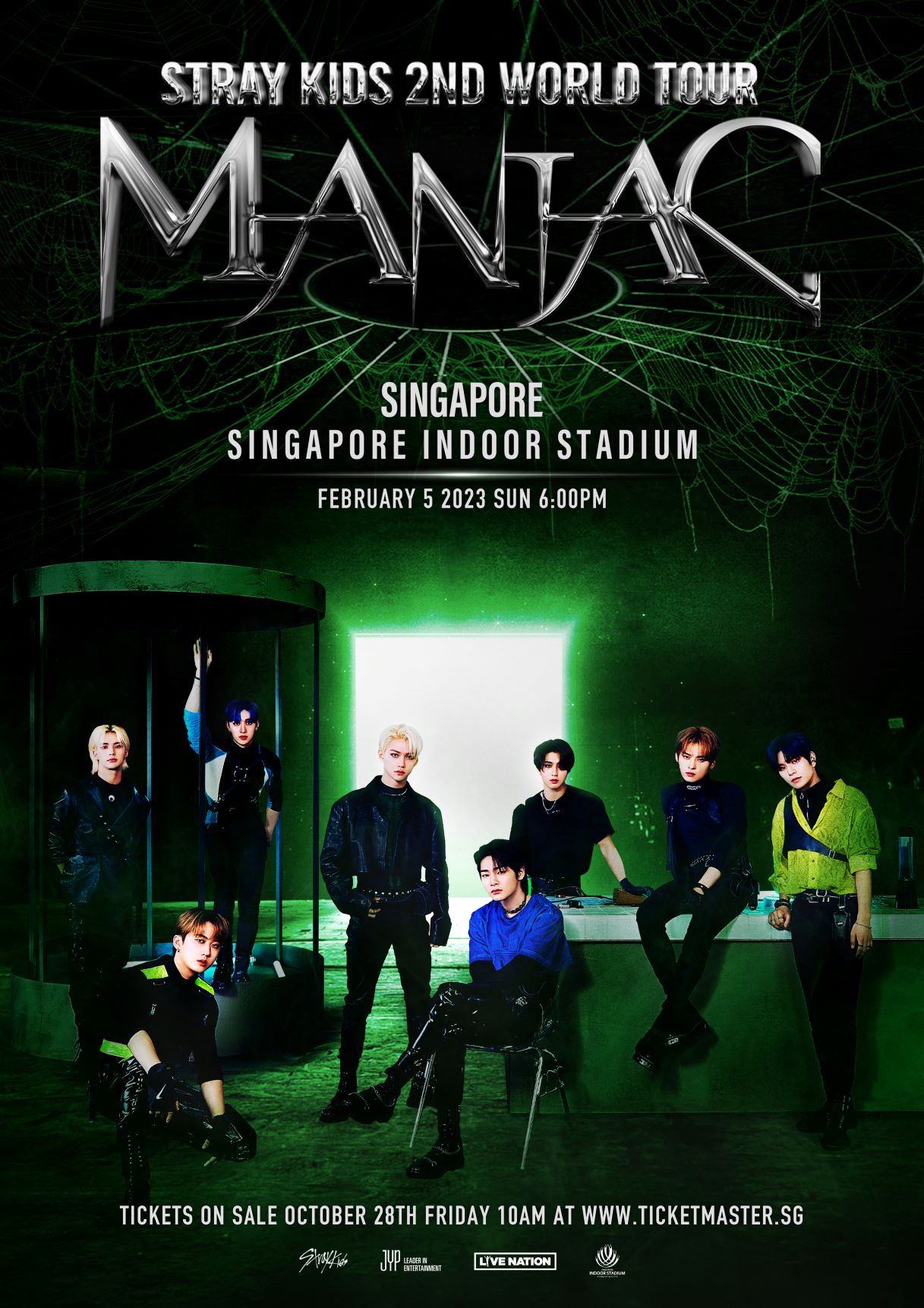 Stray Kids is set to perform at the Singapore Indoor Stadium on February 5th, 2023. The MANIAC world tour was kicked off from late April for three days in Seoul, and it has since traveled to cities all over the world including Japan, the United States, and Asia Pacific.

Following their latest eight-track EP MAXIDENT that was released on October 7th, the K-pop boy group has dominated numerous domestic and international music charts including debuting at No. 1 on the Billboard 200. They have also achieved significant results such as surpassing over 2.24 million in physical album pre-orders and becoming the only artist topping the Billboard 200 with two different albums this year, once again proving their status as global K-pop stars. 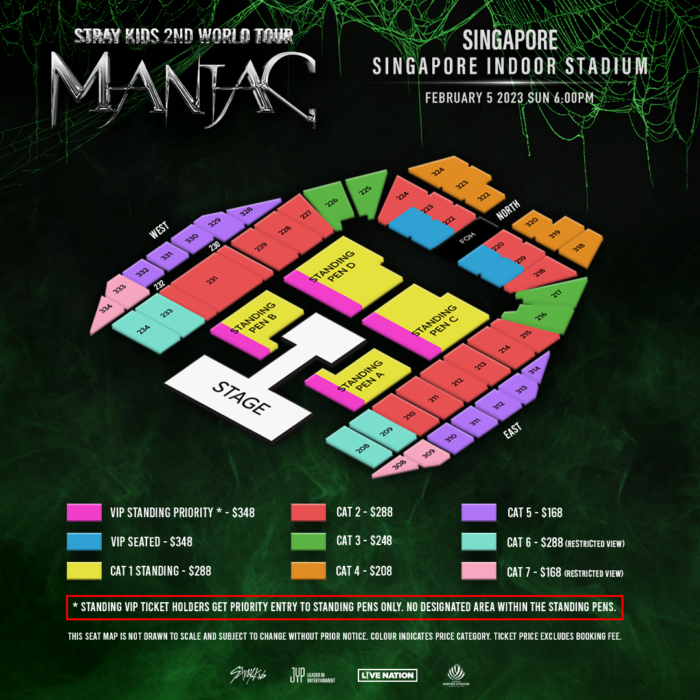 Come February 2023, fans will be able to catch Stray Kids live in action at the Singapore leg of the tour. VIP ticket holders will receive exclusive access to the Soundcheck party and merchandise counter, as well as a commemorative pass with lanyard.

Tickets start from $168 and they will be available for sale via a one-day Live Nation pre-sale on October 27th (2pm to 11:59pm). Public sale will commence the following day on October 28th, 10am (GMT+8) onwards via Ticketmaster website, hotline, and all SingPost outlets.

This show is promoted by Live Nation Singapore.