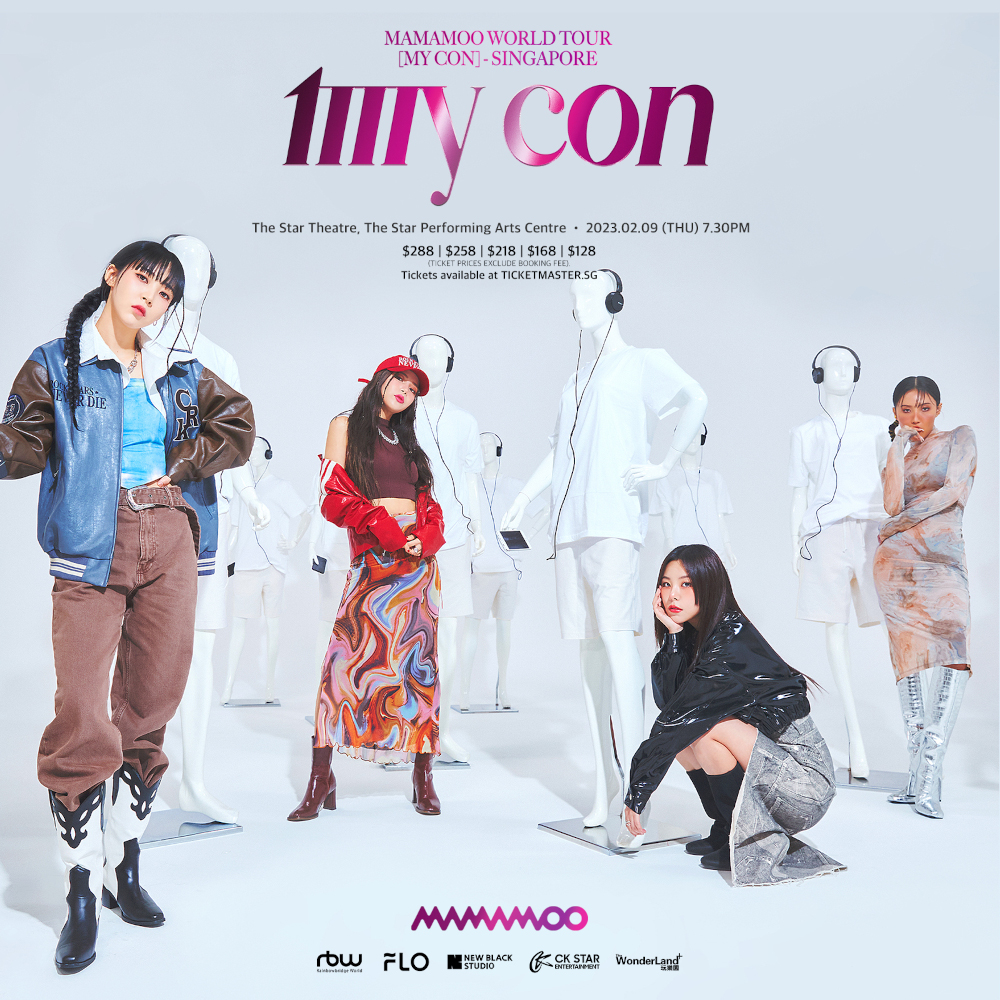 MAMAMOO will be making a stopover next year in Singapore for their ongoing ‘MY CON’ World Tour, which recently kicked off in Seoul over three nights from November 18 to 20. The sold-out concert, which was held at Seoul’s Olympic Hall, marked the vocal group’s 8th concert where they belted out 35 songs in the setlist, featuring group and medley performances, as well as members’ solo releases.

The world tour’s title ‘MY CON’, is a word play from their 12th EP title ‘MIC ON’, which was released on October 11 with the lead track ‘Illella’. Besides Singapore, MAMAMOO is set to tour around cities in Asia including Chiba, Hong Kong, Taiwan, Kuala Lumpur, and Manila. 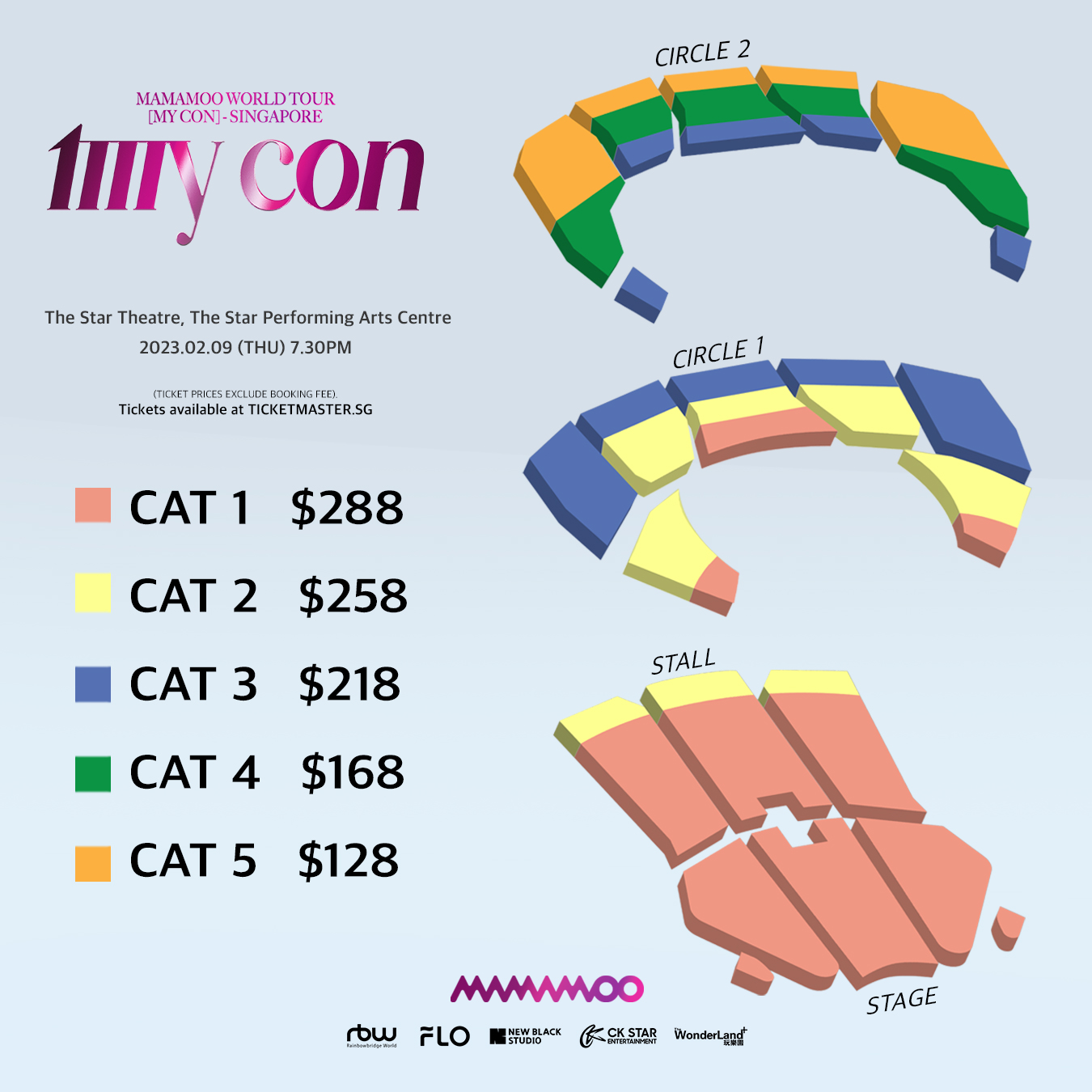 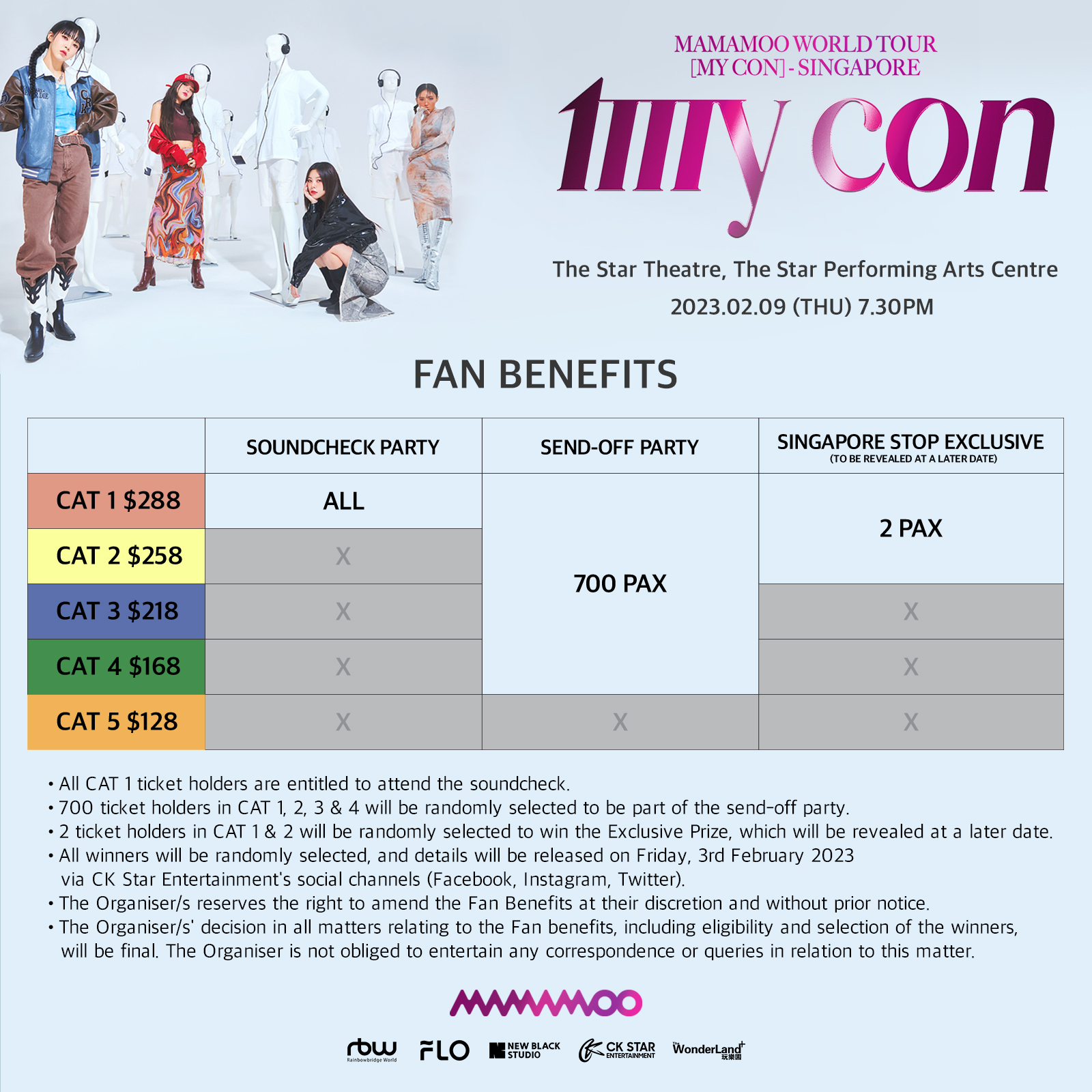 Tickets to the Singapore show are priced from $128 and they will be available for sale via Ticketmaster website, hotline, and all SingPost outlets from 30 November, 12pm onwards. All Cat 1 ticket holders will be entitled entry into the Soundcheck party, while 700 lucky fans from the pool of Cat 1-4 ticket holders will be selected to be part of the Send-off party.

This show is promoted by CK Star Entertainment.

HallyuPopFest 2019 Returns This May 25-26 for its Second Edition