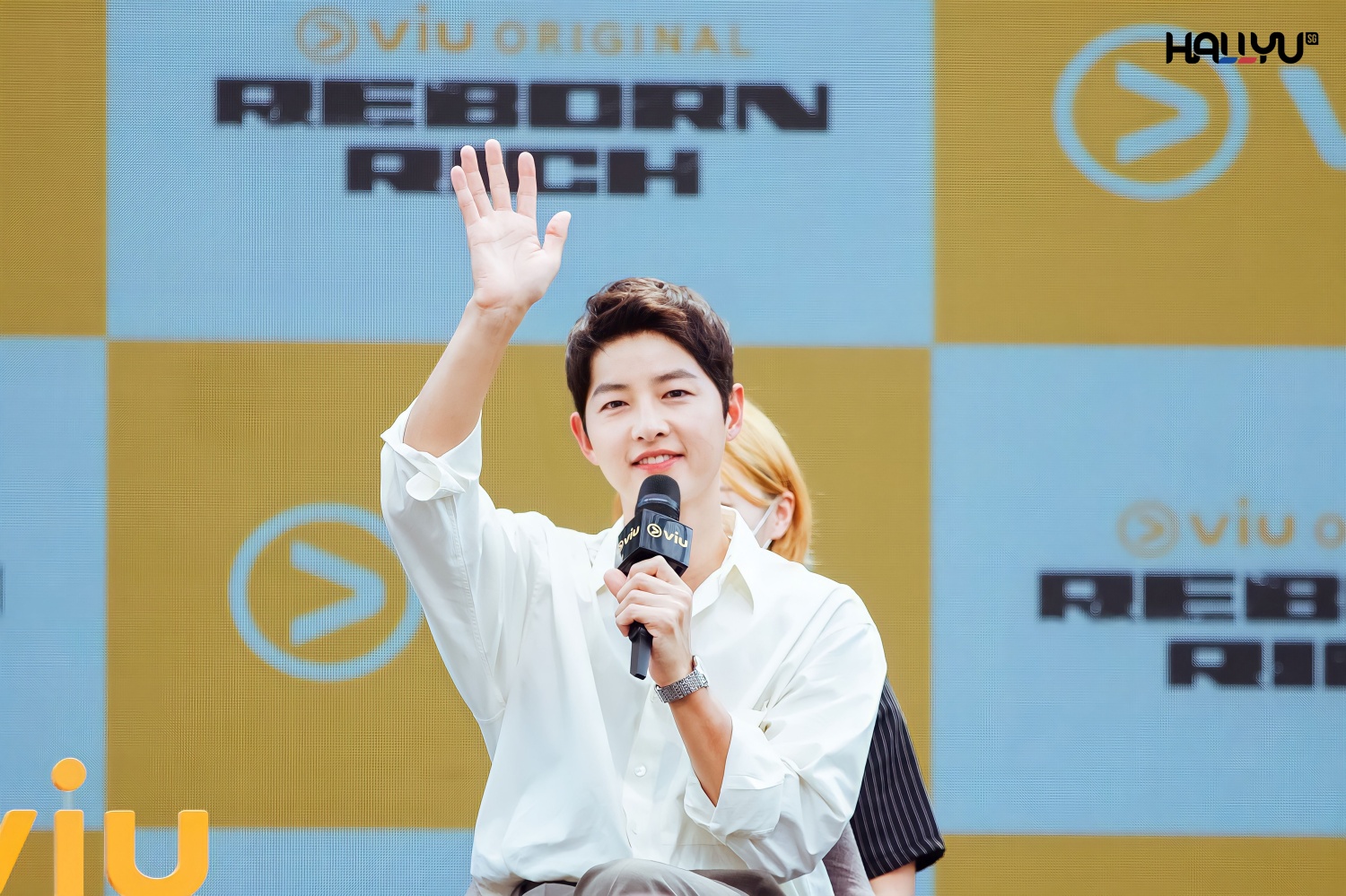 Lead actor of Reborn Rich, presently the most-watched miniseries of 2022, Song Joong Ki is in town to promote the fantasy revenge drama where he made a public appearance at the press conference held at Resorts World Sentosa.

The K-drama has been a hot topic since its premiere last month — just 8 episodes in, Reborn Rich has already surpassed the highest viewership rating that was achieved by Extraordinary Attorney Woo this year. In response to the positive reaction from viewers all over the world, Song confesses, “Frankly, I never expected this,” he continues, “because I heard many Asian audience love rom-com K-dramas and this is not a rom-com series”. 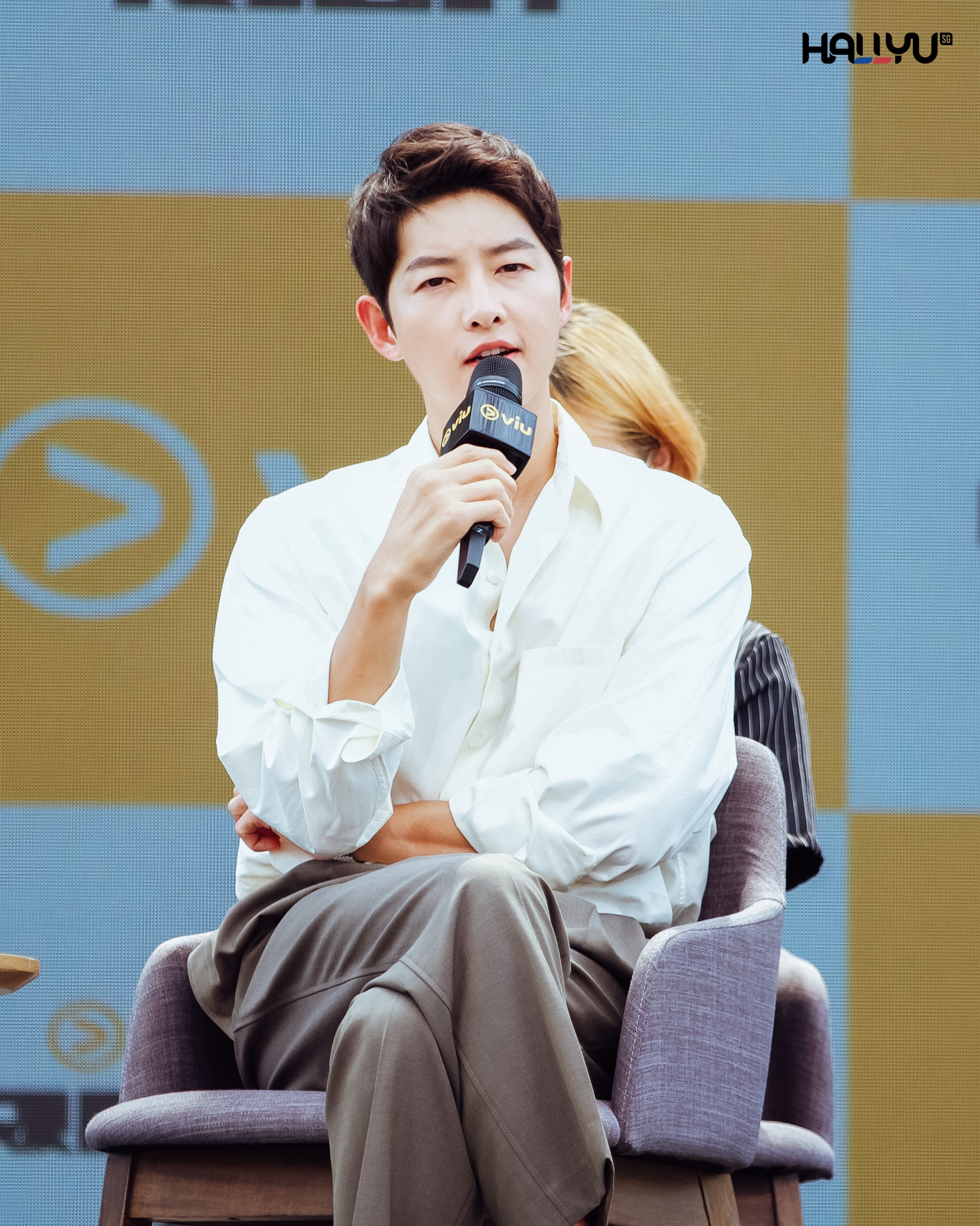 What Made Him Say Yes

Reborn Rich is based on a hit web novel and Song Joong Ki plays two characters – Yoon Hyun Woo, a loyal employee of the Sunyang Group who dies after being wrongly framed by a member of the Sunyang family, and Jin Do Joon, the youngest grandson of the group whom he is reborn as.

Song reveals that there are two main reasons on why he chose this project, “First of all, I trusted the writer (Kim Tae-hee). I did one drama with her 12 years ago – Sungkyunkwan Scandal. At that time, both of us were rookies and that was her first project. So, we had a common thing together as we started (around the same time) together.” 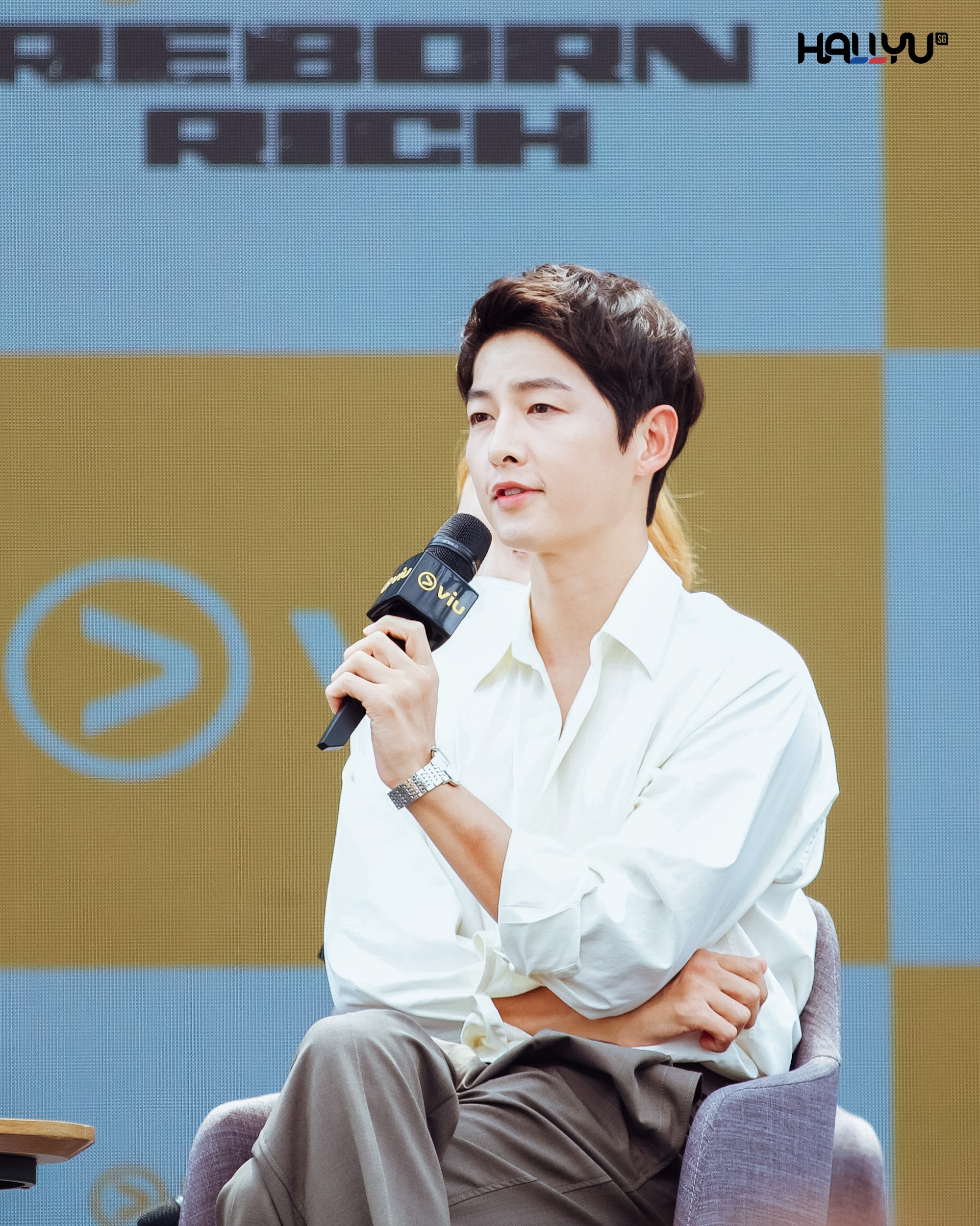 He adds, “Secondly, it’s my co-actor Mr. Lee Sung-min. Acting with him is the biggest thing for me. We almost met in some project previously but it didn’t happen eventually. So, I’m always looking forward to meeting him in a drama series or movie. He’s a great actor and it’s a big honour to work with him.” 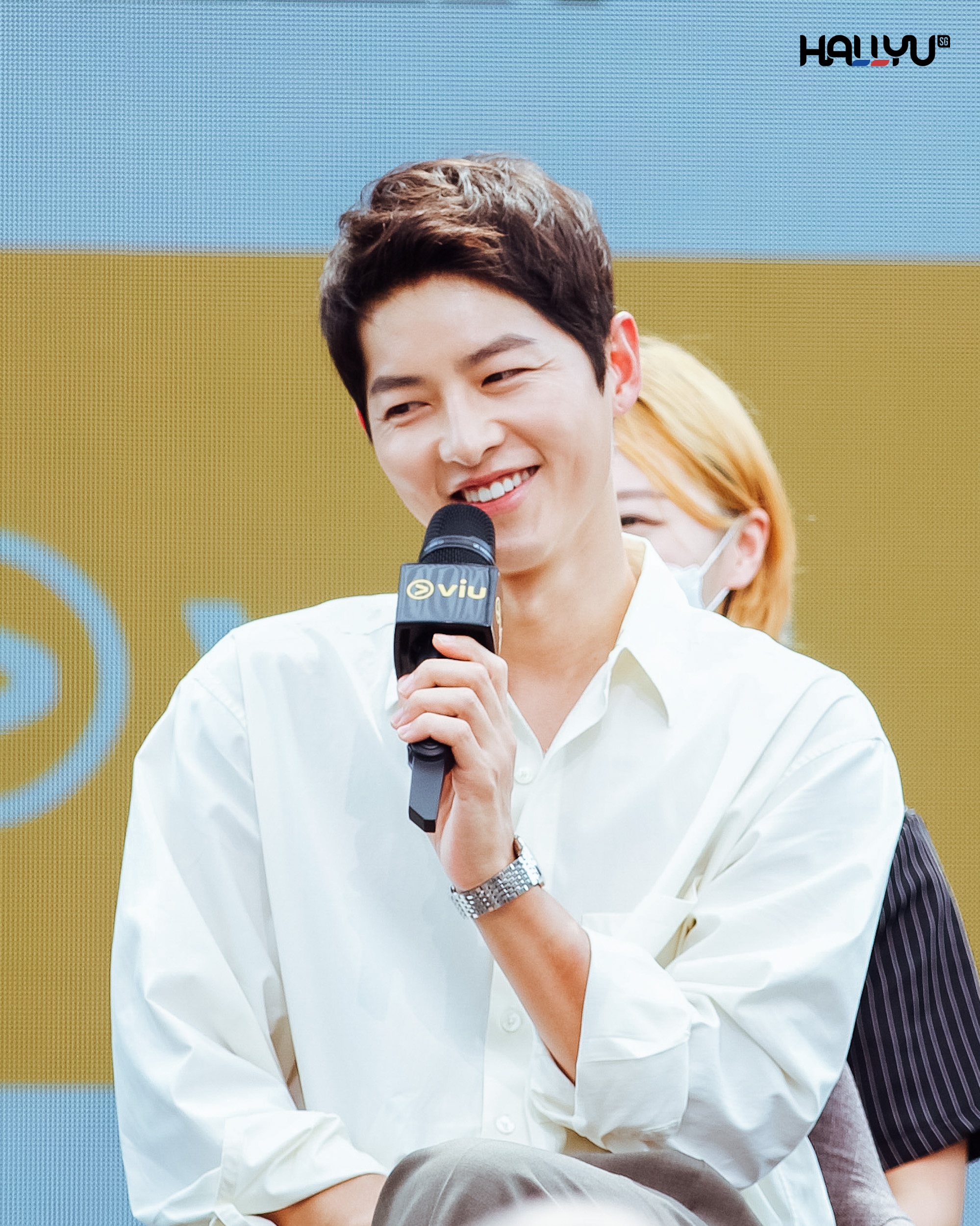 Sharing on his overseas filming experience in Turkey, the actor only has good things to say. He praises all the actors and filming crew on set, and shares that the drama scenes filmed there were essential to bringing out his character Hyun Woo’s emotions.

“The shoot in Turkey was good for my character. I could express Hyun Woo’s worst emotions deeply, like the conflicts that he was facing. We felt that this overseas shoot made the project more vibrant and (produced a) good quality.” 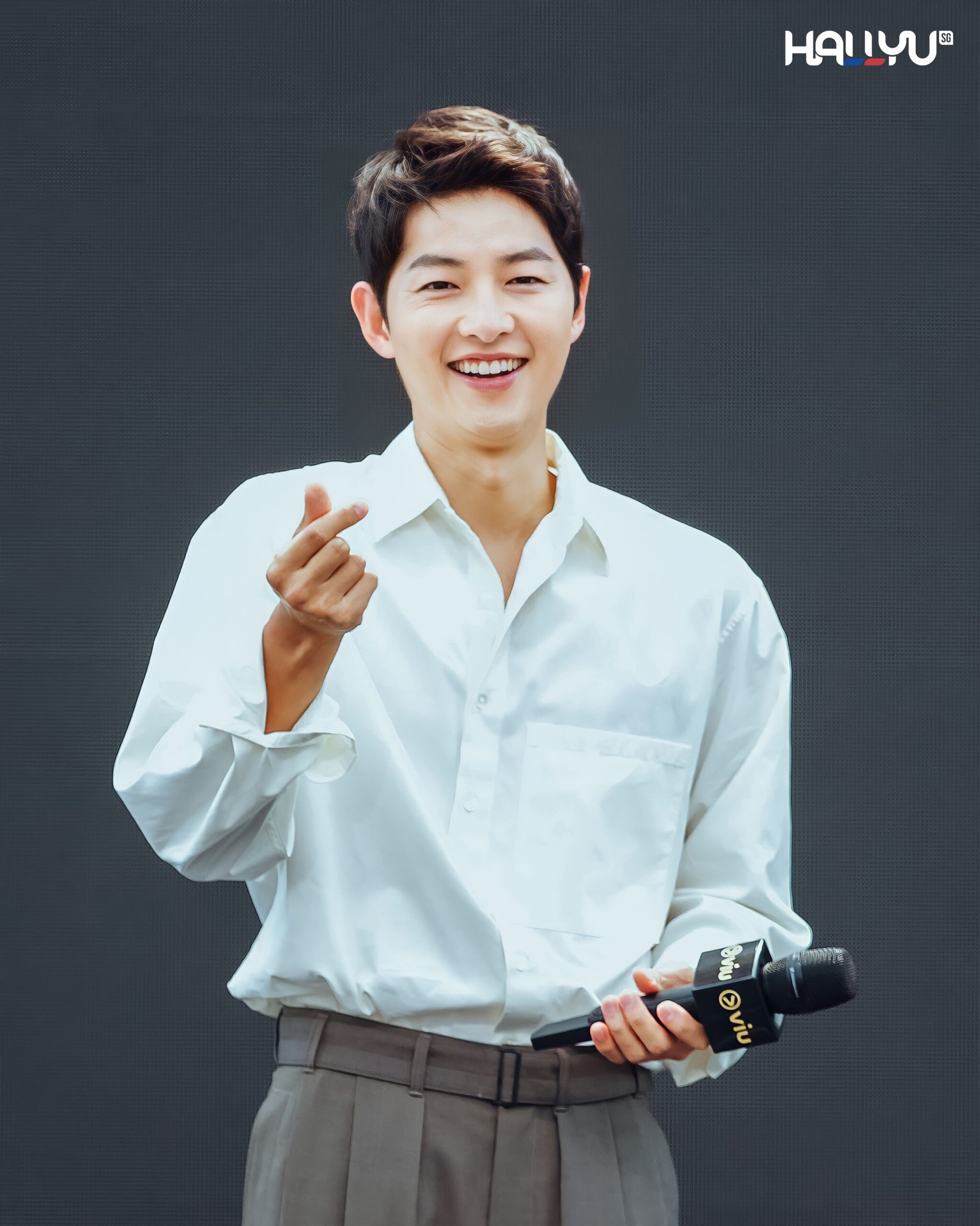 Comparing his student days to Jin Do Joon’s in the ’80s, Song Joong Ki chuckles and reveals that he attended an all-male middle & high school, and hence it was only until university did he come across female students, “So I was happy in university (laughs)”.

Song claims that he was just “one of them”, the “ordinary student” who is “normal, silent, and kind of boring” – as quoted during the press conference. 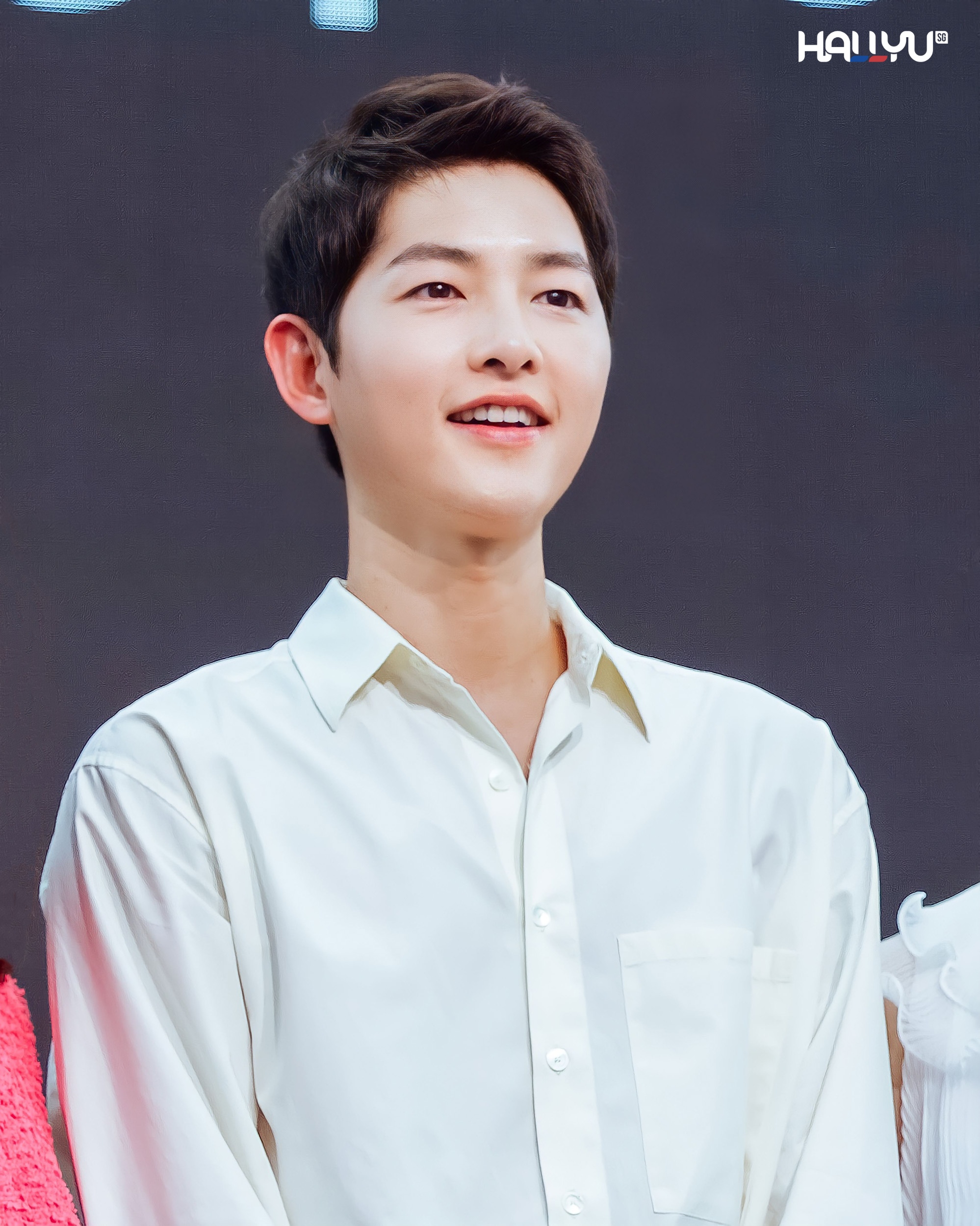 On the most unforgettable scenes in Reborn Rich, the Korean heartthrob hints at an upcoming scene with his grandfather Jin Yang-chul in Episode 12 & 13. He also picks the ending scene in Episode 1, where Hyun Woo had his last take on the rocks next to the sea, “Hyun Woo knew that he will be killed soon, and I love the expressions and emotions he delivered at that moment before he died.” 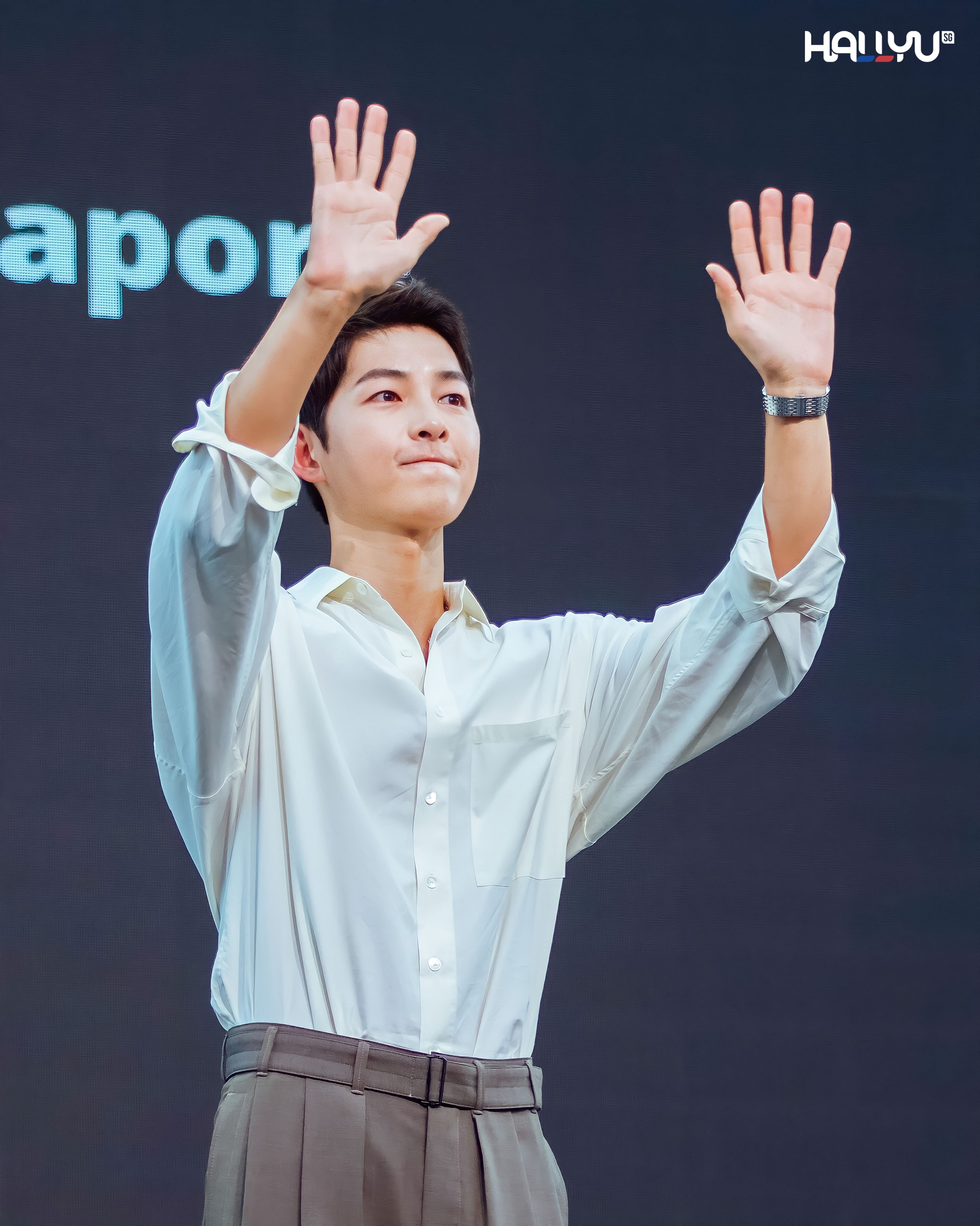 With every new episode keeping viewers on the edge of their seats, we can’t wait to see how the revenge plot will unfold in the second part of the drama. Reborn Rich is now streaming on Viu, with new episodes every Friday, Saturday, and Sunday (same day as Korea).