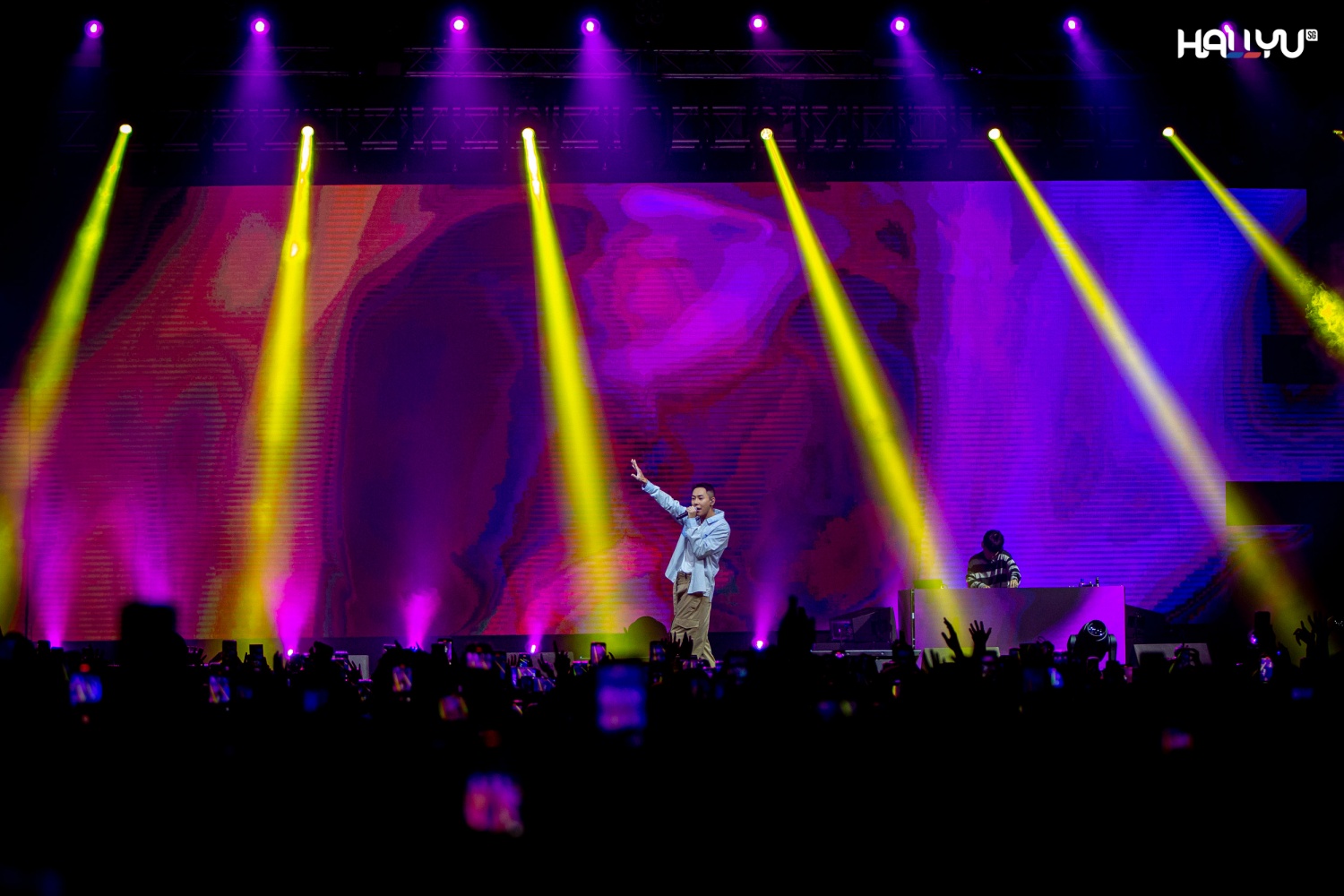 Korea’s hottest hip-hop and R&B label AOMG kicked off the Asian leg of their ‘Follow The Movement’ world tour in Singapore at the Singapore Expo Hall on 8 January. It’s been 5 years since AOMG last performed in Singapore, so it was no surprise the concert venue was packed to the brim with excited fans. This time, Simon Dominic, Loco, GRAY, LeeHi, Yugyeom and Woo were on the line-up. 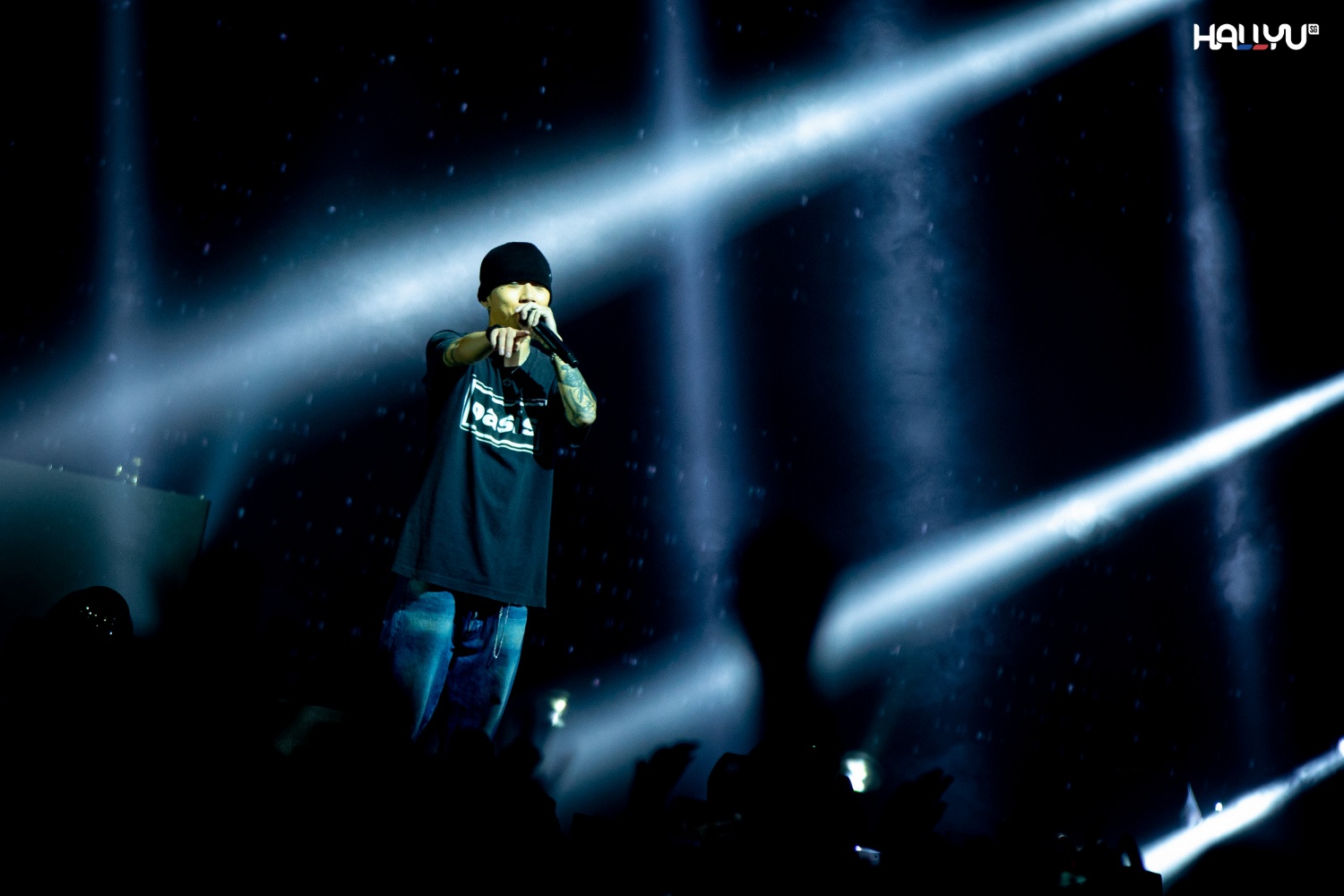 Starting off was Woo with ‘R.I.P’ and ‘Chik Chik Pok Pok’ – a solid start to the night. Woo mentioned that this was his second time in Singapore but feels like it’s his first! Following that was ‘Chingiz Khan’, before he slowed down the night and ended his set with ‘Me’. 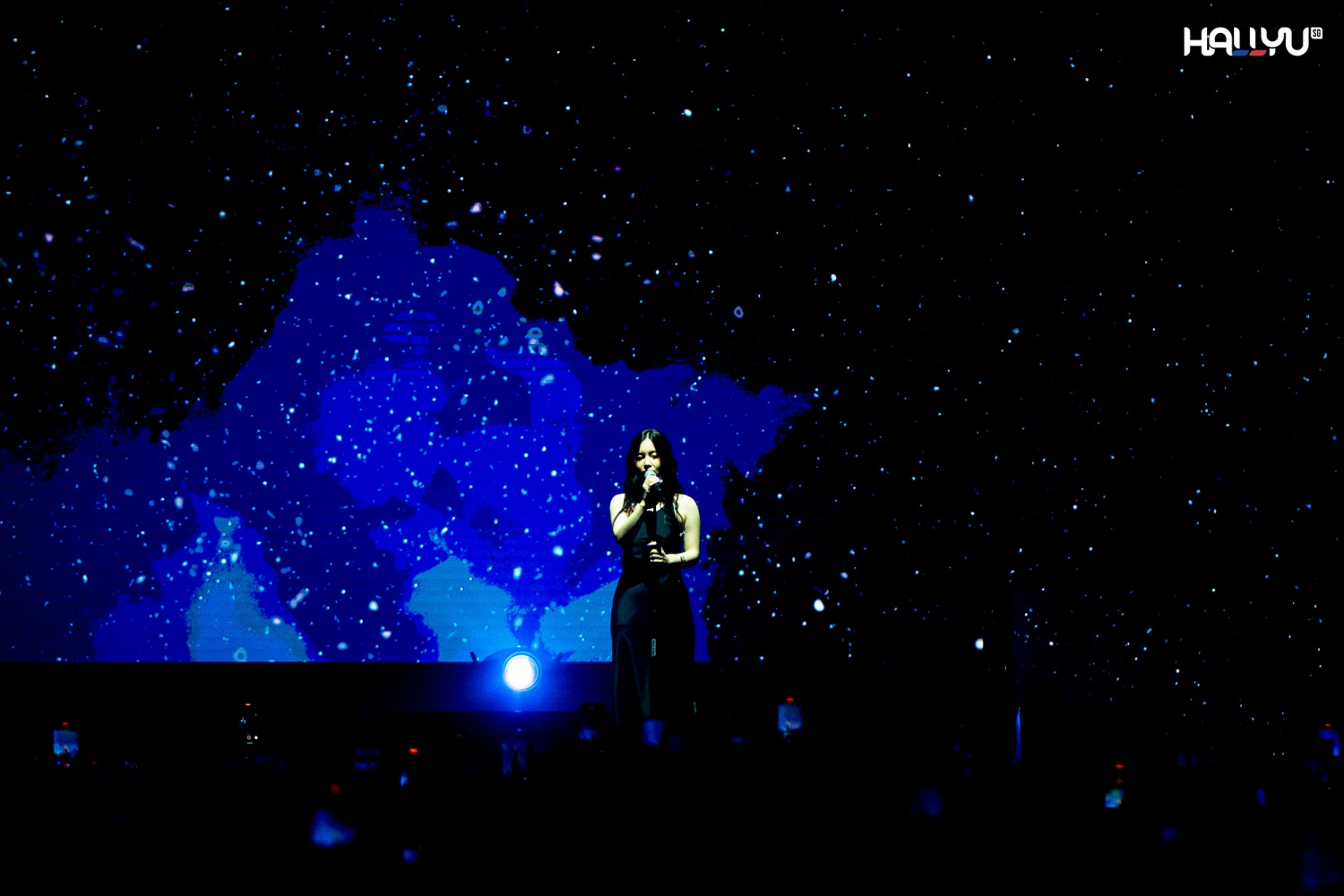 Next up was vocal powerhouse LeeHi with ‘ONLY’. Fans went wild and sung along to every single line as she served her soulful vocals. Afterwards she performed ‘Breathe’, an emotional ballad still well-loved even after all these years.

LeeHi said this was a special night for her as it’s her first tour since the Covid pandemic. She then performed ‘Savior’, ‘Rose’ and ‘H.S.KT’. Dancers joined her on stage for the next 3 songs ‘No one’, ‘1,2,3,4’ and ‘Red Lipstick’ before she took her leave. 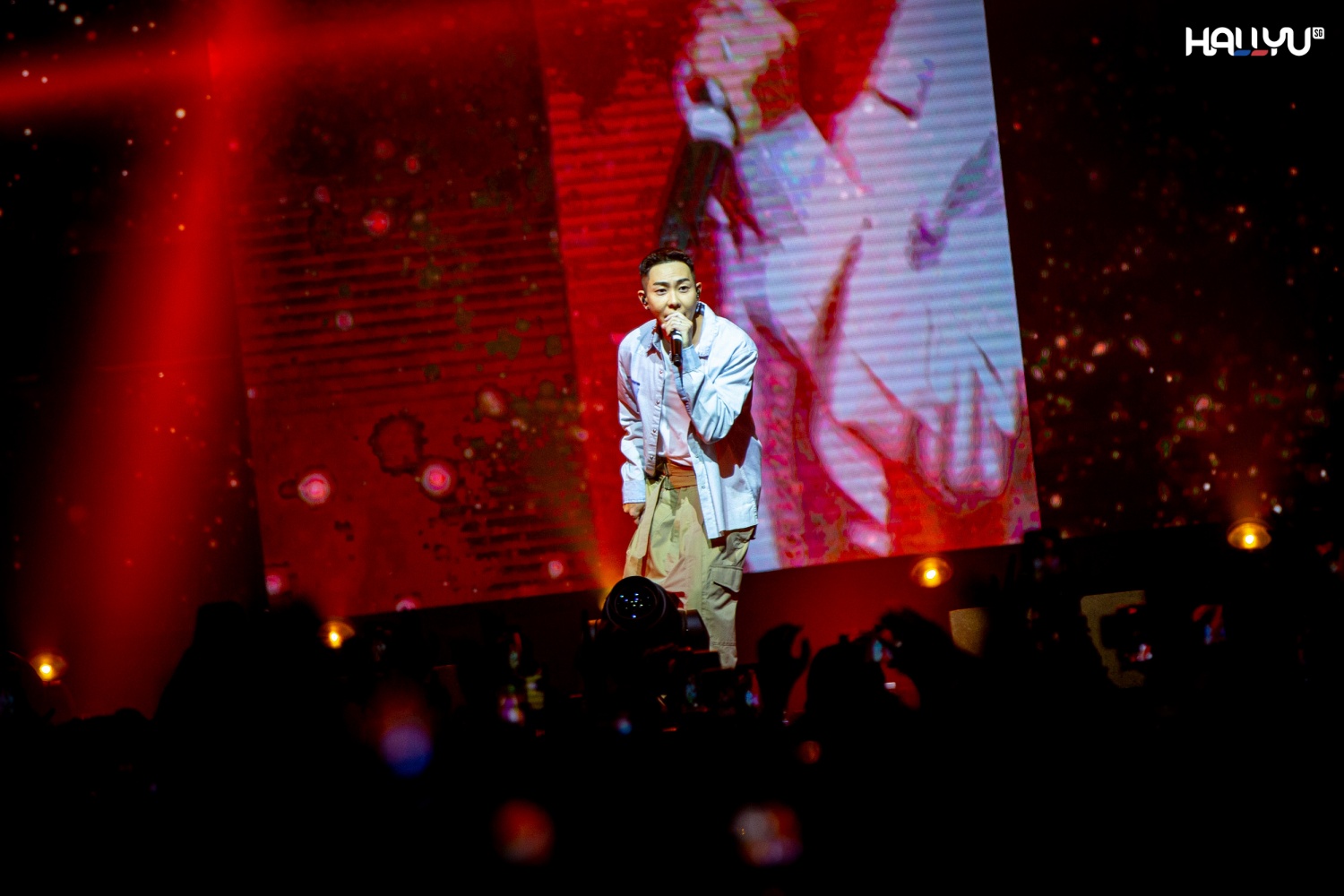 Rapper Loco then took the stage with ‘Party Band’ and ‘OPPA’ – he really knows how to get the crowd going!

Loco asked the audience, “I want to chill with you guys, are you guys ready to chill?” before he performed ‘Too Much’. He continued his high energy performance with ‘Don’t’ and ‘Somebody!’, before slowing things down with ‘It Takes Time’ and ‘Like Water’. During ‘BO$$’, the rapper took his top off and the audience went crazy! He finished off his set with ‘No Manners’, before it was his labelmate GRAY’s turn to hype up the crowd with ‘Dream Chaser’. 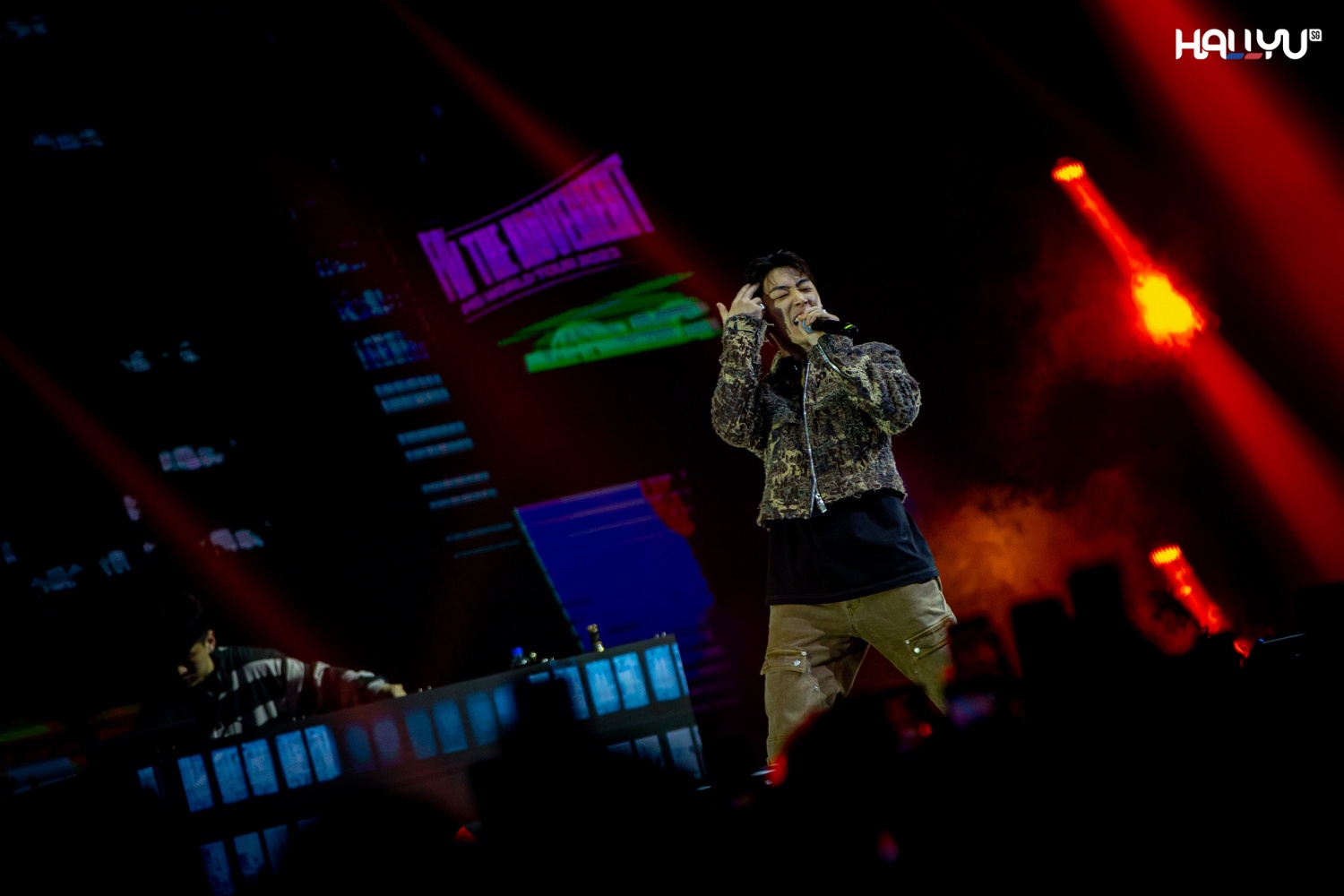 GRAY is a household name in the producing world as he has composed numerous hits for his labelmates and other hip-hop/R&B artists. He showcased his producing skills by playing the keyboard on stage that night as well. He continued his set with ‘TMI’, ‘Summer Nights’ and ‘Close 2 U’.

“I think it’s been 4 years since I last visited Singapore. I missed you so much.” He added that it was an honour that Singapore is the first city of the AOMG tour. 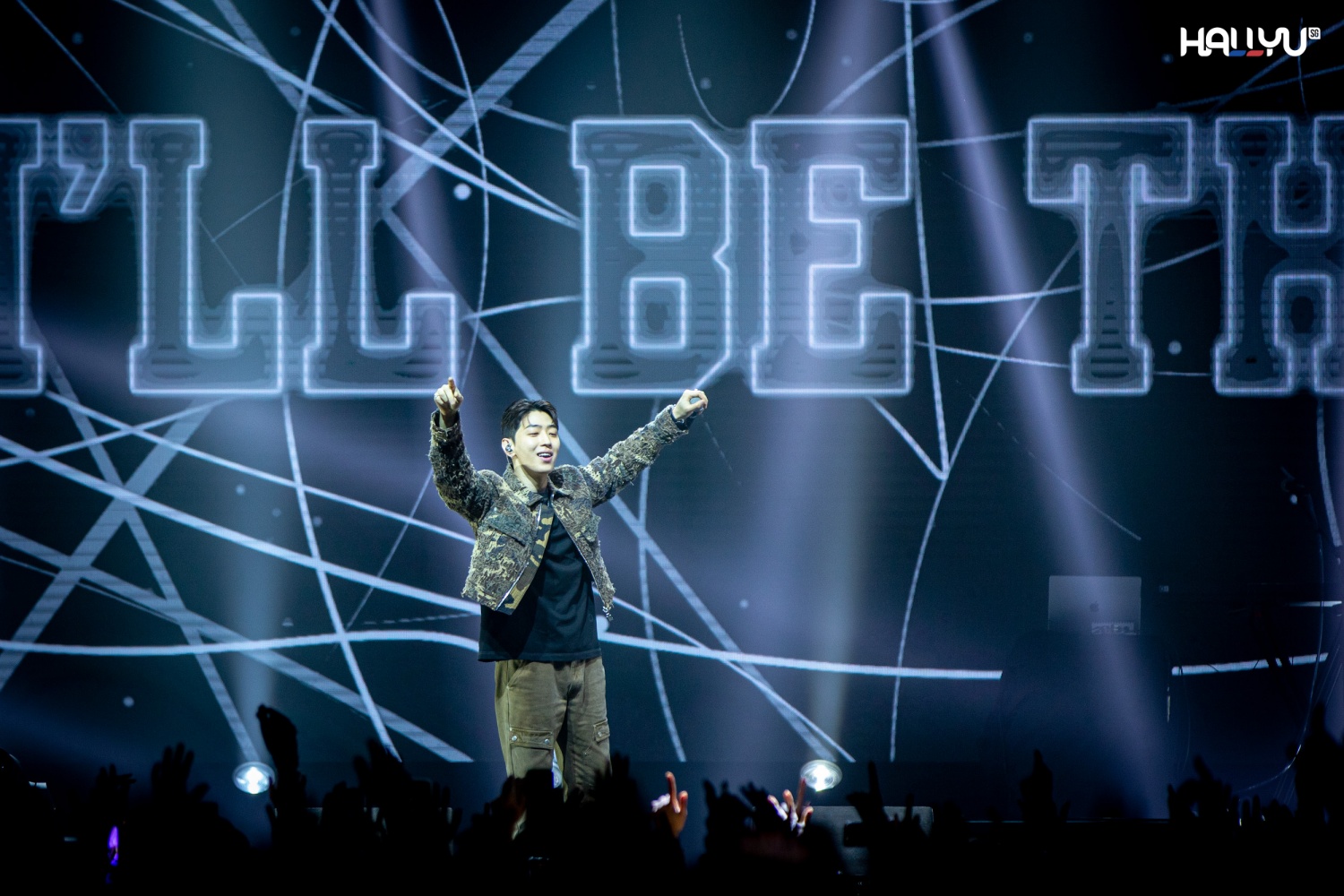 GRAY showed off his sleek dance moves with ‘Moon Blue’, before performing ‘Lose Control’, ‘Stay The Night’ and ‘U’. Loco then joined him on stage for their collaboration song ‘Just Do It’ – the first collaboration stage that night! 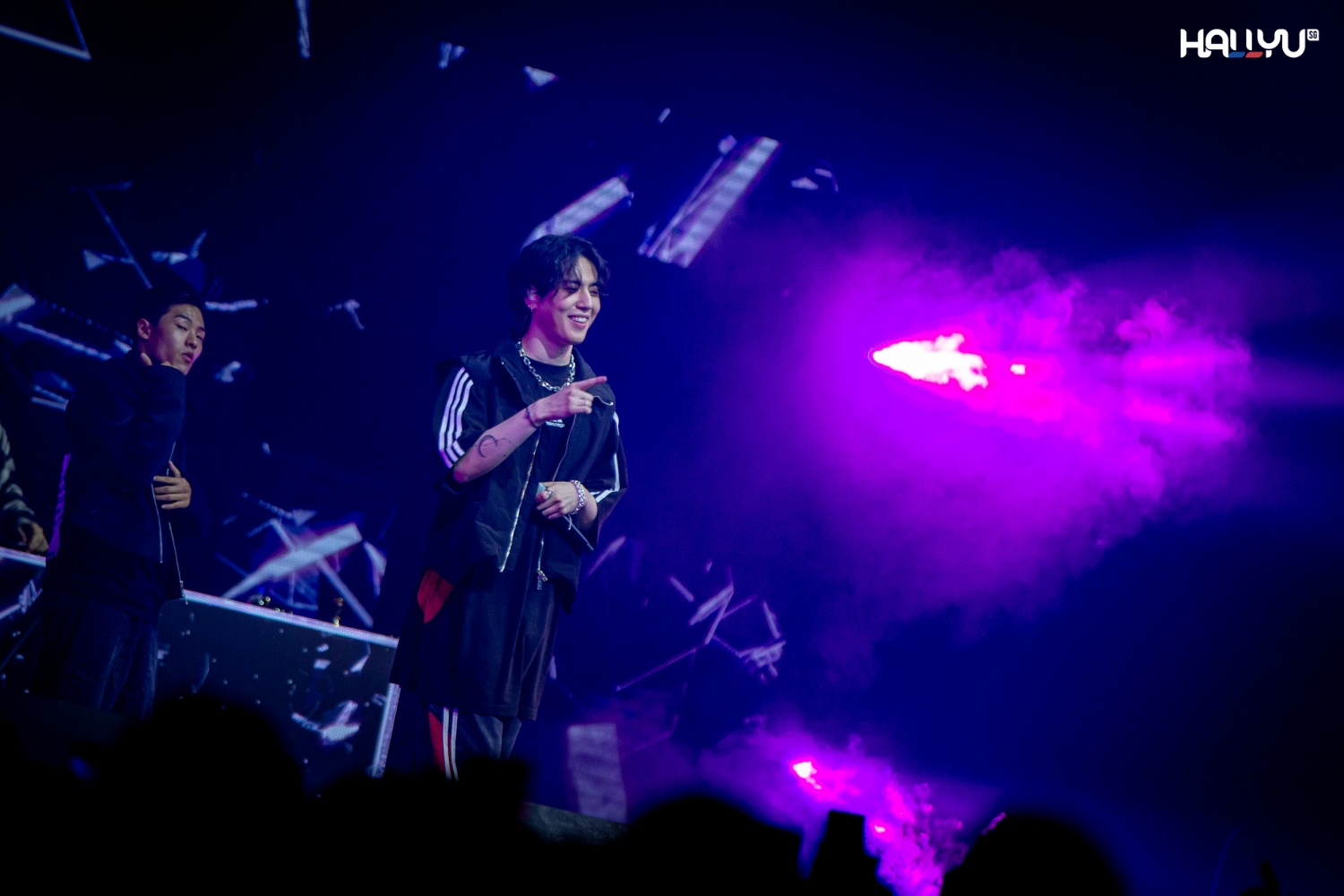 Next up was Yugyeom with ‘I Want U Around’ and ‘Take You Down’.

“Since I came into AOMG, this is my first world tour,” shared Yugyeom. “It’s been a long time since I last came to Singapore.” 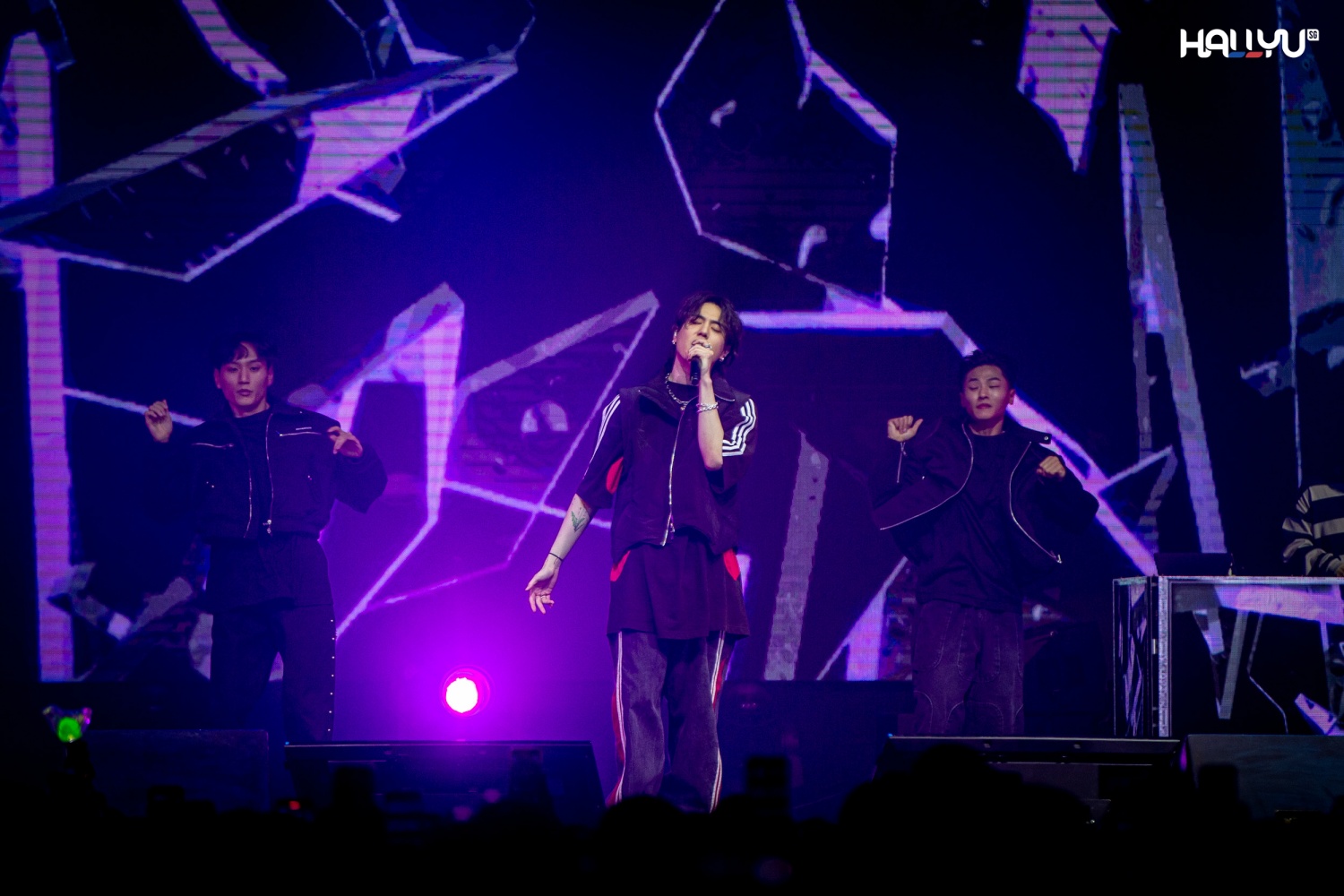 He slowed things down with ‘Lights’, before Loco once again takes the stage to perform ‘All About U’ with Yugyeom. The collaboration stages absolutely did not end there – as GRAY also came on stage to perform ‘Running Through The Rain’ and ‘All Your Fault’ with the 25-year-old.

Fans were in for a treat as Yugyeom performed his latest single ‘Ponytail’ for the very first time, which he had only released a week ago! 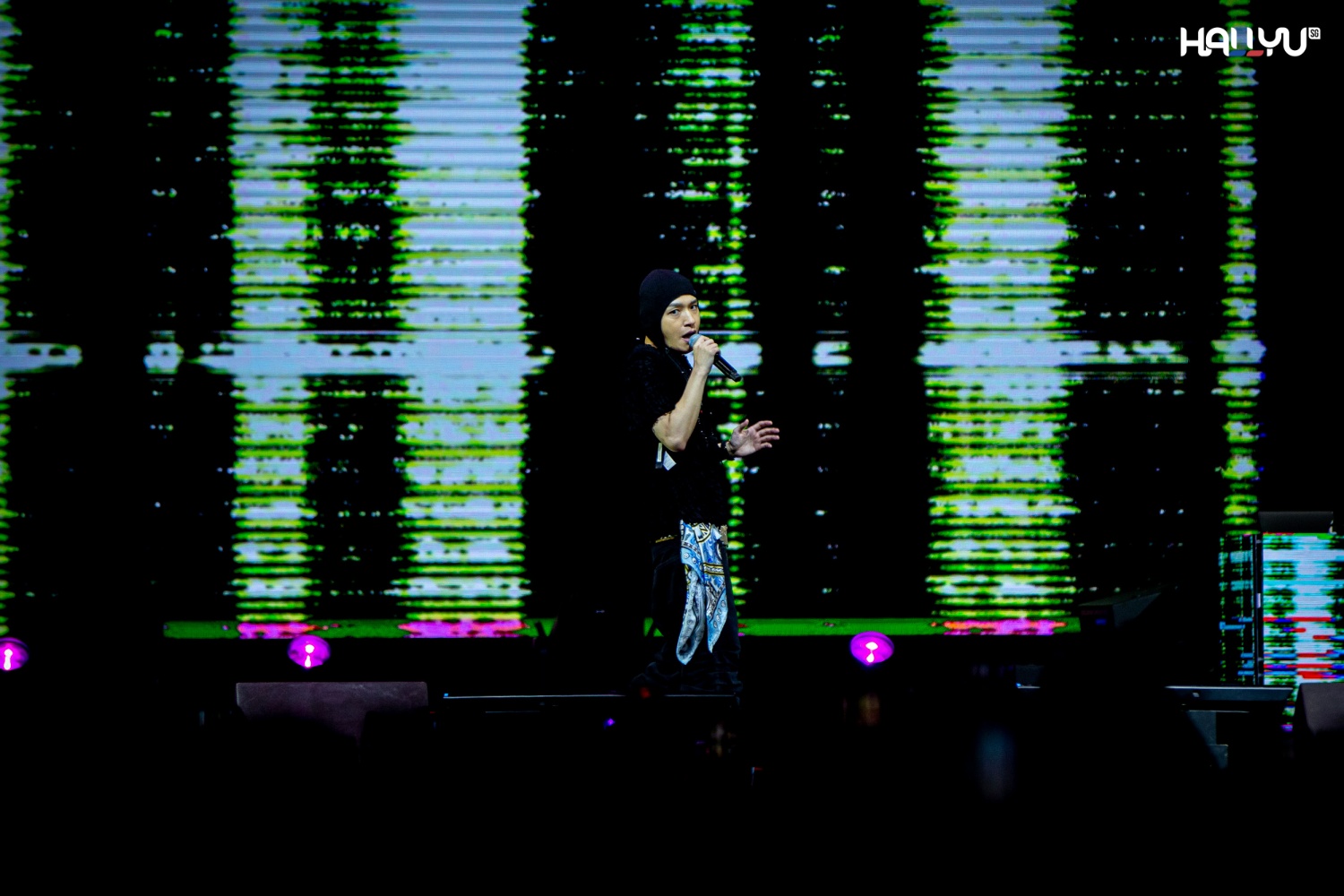 The final artist to perform that night needed no introduction – Simon Dominic. He kicked off his set with ‘Dax4’.

“I waited 3 hours, but I’m so touched right now that I’m about to cry. Because I missed you guys so much.” 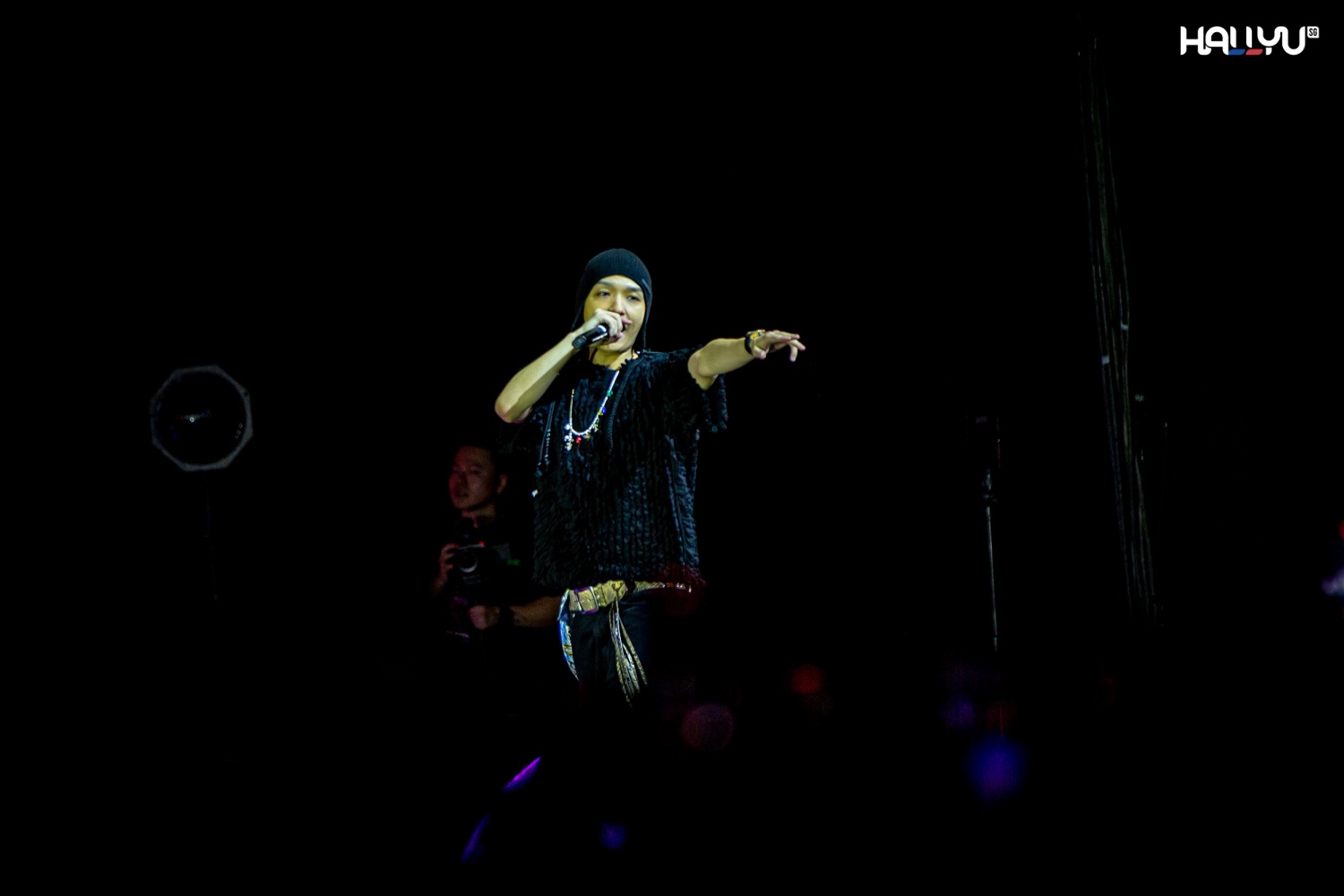 Following that was ‘POSE!’, ‘ya aint gang’, ‘GOTT’, ‘I’MMA DO’ and ‘WIFEY’. His charisma and energy on stage proved why he is so well-loved and well-respected all these years.

Simon Dominic then shared that he actually came to Singapore about 2 to 3 weeks prior for holiday, but didn’t tell anyone until now. He continued to serve high-energy performances with ‘Won & Only’, ‘Party Forever’, ‘Go’, ‘NO THANXXX’, ‘At Night’, ‘make her dance’ and his version of the hit ‘MOMMAE’. His last song for the night was ‘Comfortable’, where GRAY joined him on stage.

Just when we thought the night was over, all 6 artists then came on stage to treat fans with a set of encore stages! To top off the exciting night, fans also got the chance to get up-close and personal with their favourite artists through the VIP package – they got to take photos and send them off after the concert. Following the Singapore stop, AOMG is set to continue their tour in the rest of the Asian cities like Tokyo, Osaka, Hong Kong, and Taipei, before they move on with their European tour.

Special thanks to AOMG &  Three Angles Production for the media invitation!

Chung Ha Thrills Fans at Her First-ever Fanmeeting in Singapore